The Sound of Joy

Home » Features » The SPIN Interview » The Sound of Joy

Some people bring joy wherever they go—Sergio Mendes creates it with his music. This month, PBS honors Sergio’s six-decade career with Sergio Mendes & Friends: A Celebration, a celeb-filled musical tribute featuring those who know and love him, including Herb Alpert, Common, Lani Hall (lead singer of Brasil ’66), Quincy Jones, John Legend, Gracinha Mendes (Sergio’s lead singer since 1971 and his wife of 46 years), Jerry Moss, Carlos Saldhana (Oscar-nominated filmmaker of Rio) and singer/songwriter/producer will.i.am. Check your local listings, you won’t want to miss this.

The special was inspired by the upcoming feature documentary Sergio Mendes: In the Key of Joy directed by acclaimed filmmaker John Scheinfeld. “Sergio has the rare talent of making music that transcends generations,” Scheinfeld explains, of the artist’s endurance through the decades. “The melodies and beats are timeless, so his Brasil ‘66 hits remain go-to’s even today. He also has the enviable ability to consistently reinvent himself and his sound. And not just once or twice, but in nearly every decade he has refused to stand still, evolving his sound in ways that enabled him to stay current and relevant.”

Born in Niterói, Brazil on Feb. 11, 1941, Mendes first came to New York in 1962 to participate in a bossa nova concert at Carnegie Hall. Of being in New York for the first time, Sergio says it was “love at first sight.” After the concert, he returned to Brazil, only to flee for good after the Coup of ‘64 when members of the Brazilian army overthrew the Brazilian government. He settled easily into New York City’s music scene, signed to Capitol Records, and the rest was one of the greatest cultural impacts on 20th Century American music. With his group Brasil ’66 he had worldwide hits like “Mas Que Nada” and led the bossa nova crusade.

“I always knew that Sergio was an innovator and a visionary,” Scheinfeld continues. “What I came to learn was that he is an equally wonderful human being. He is thoughtful, self-aware, and self-deprecating, well-read and well-traveled, truly, a citizen of the world, kind and concerned about others, a good father and husband, and a good friend to so many of us.”

We spoke with Sergio about “the whole journey,” the bossa nova influence, and why he believes music has the ability to heal the world. 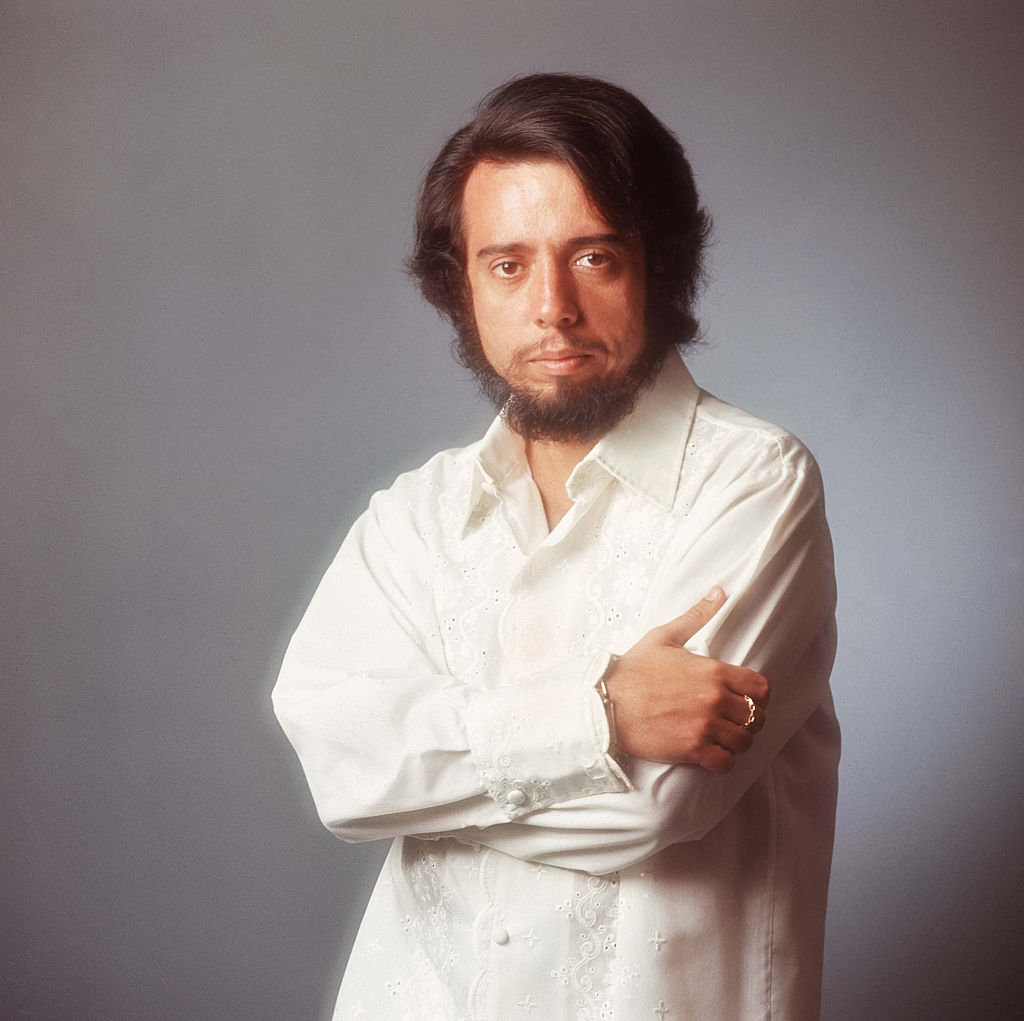 SPIN: When you came to the U.S. as a young man, did you even dream that this incredible career was possible?
Sergio Mendes: Never. When you’re young, you don’t think about the long-term future or anything like that. The first time I came was the bossa nova concert at Carnegie Hall with Jobim and Dizzy Gillespie and Stan Getz and so many others. I was like, “Oh my God, I can’t believe it.” I was 22 years old. Love at first sight.

Bossa nova was a new sound to most Americans. How was it received?
Great. Bossa nova, the songs of Antonio Carlos Jobim. He had two hits, one with the “Desafinado” instrumental with Stan Getz, then, “The Girl from Ipanema”, and then many, many others. Many great singers recorded these songs. You turned the radio on in New York in ’62, ’63, all you’d hear was that beautiful sound. Jazz musicians fell in love with it and then all the great singers from Sinatra, Andy Williams, everybody fell in love with it.

I had a band at that time, called the Bossa Rio Sextet. It was an instrumental band. That’s the one I played at Carnegie Hall. That was my beginning here.

You started out in America at Carnegie Hall? That’s pretty phenomenal.
The festival was there. How lucky was that, right? Was not because of me, though. That’s weird because nobody really knew who I was. It was more like celebrating bossa nova and the success of Stan Getz and many other musicians like Dizzy Gillespie and many, many others. It was a celebration of the sound that was all over New York. I was very lucky. I use the word serendipity, because it represents very much—the story of my life, meeting people, working with incredible people, and recording with it. Cannonball Adderley, and then Sinatra, meeting Robert Albert and Jerry Moss, A&M, and so forth. We don’t have that word in Portuguese or Spanish but it describes pretty much that magical encounter, many, that I have in my life.

I tell young musicians just embrace your dream and keep walking and keep going. Perseverance is very important. It’s really about your passion. Just be with it. 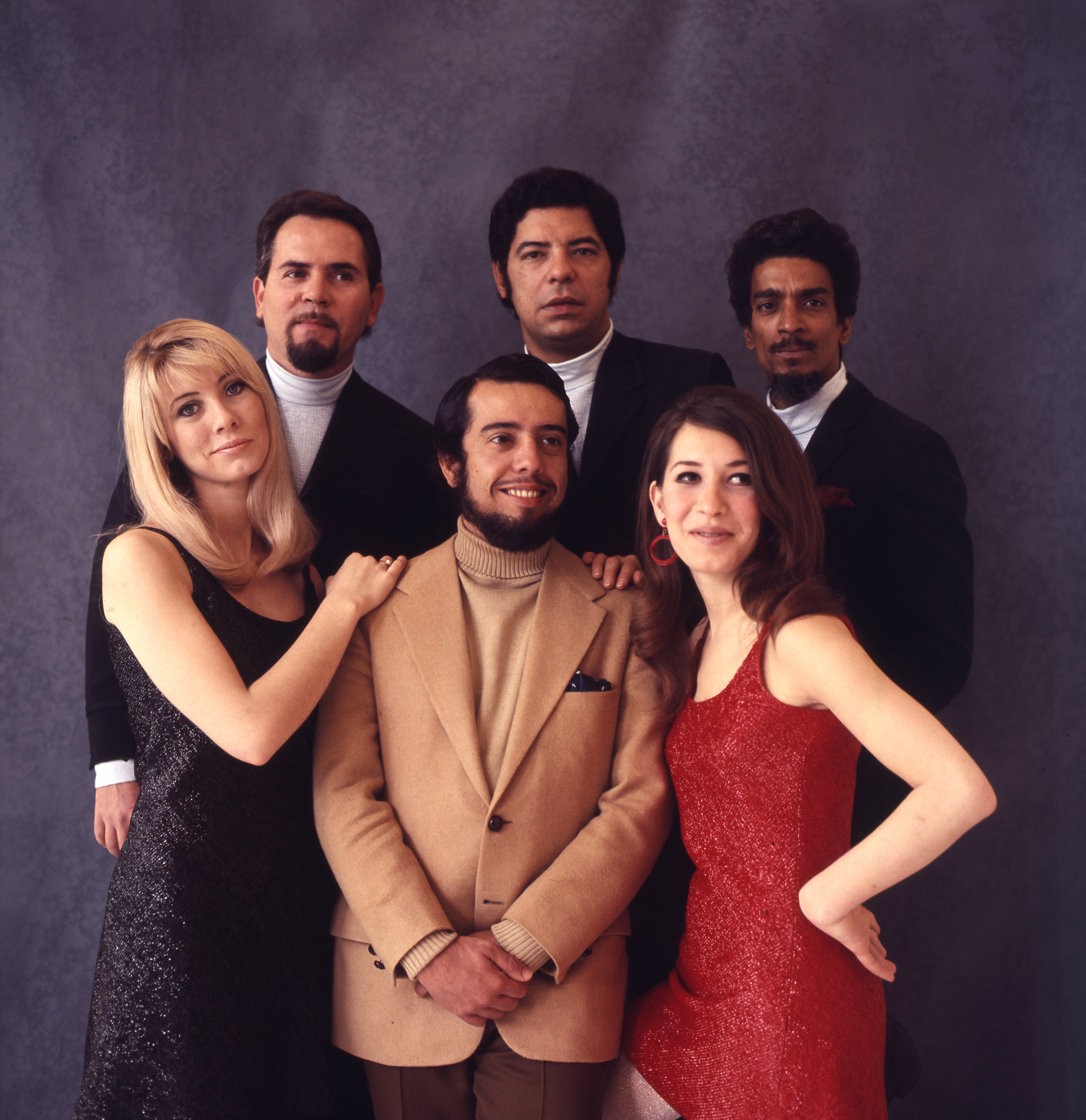 Did you think to yourself, “I have to get back to America”?
Absolutely. It so happened that in ’64 there was a coup d’état in Brazil. The military took over so I said, “I’m out of here.” I had some help with some friends of mine. I have my dear friend that was the ambassador for Brazil in different countries and he was my best man at my wedding. He gave me some airline tickets and that’s it. I came to L.A. and started from zero here while auditioning for some jazz clubs and playing some gigs and some casuals in ’64.

What did you bring with you? What were the essentials you had to have? Because you couldn’t have taken everything.
I had a bass, drums, singer, guitarist and that’s the group that did the album for Capitol Records. Then everybody went back to Brazil and I said, “I’m staying.”

You had an early album that didn’t sell as well as you were hoping, Brasil ’65. What was that like for you? How did you keep going?
I think in those days, I was so happy I did an album for Capitol Records. For me, there was already a victory! Then the band went back to Brazil, and only a few decided to stay here. I put together the second band because the joy of being here, the joy of having made one record, I was really happy about that. I was not even thinking about having to be a hit record. In those days, you were lucky if you got a recording contract. When I did my album for Capitol Records, and the album was not a commercial success, that didn’t stop me because I was doing what I love to do, and let’s keep going. I’ve always been like that.

I was in a way very lucky because I was always allowed to do musically what I liked. I didn’t have the record companies telling me what to do. There was no pressure. Of course, record companies, they want to sell records. When I joined A&M, I have the total freedom to go do your thing, have fun with it.

Do you have any stories about Herb Alpert you’re willing to share?
He’s a dear friend and we see each other a lot here in L.A. He married my singer Lani Hall, the singer of Brasil ’66. We go back to almost, I don’t know, 50 years. A&M was such an incredible label. It’s Alpert and Moss and they’re both dear friends of mine until today. We had a wonderful time. I did many, many records and many hit records starting with the first one, “Mas Que Nada,” and then many, many other records with Herb and Lani, being in those days, she was the sound of Brasil ’66. Oh, yes, I love him. 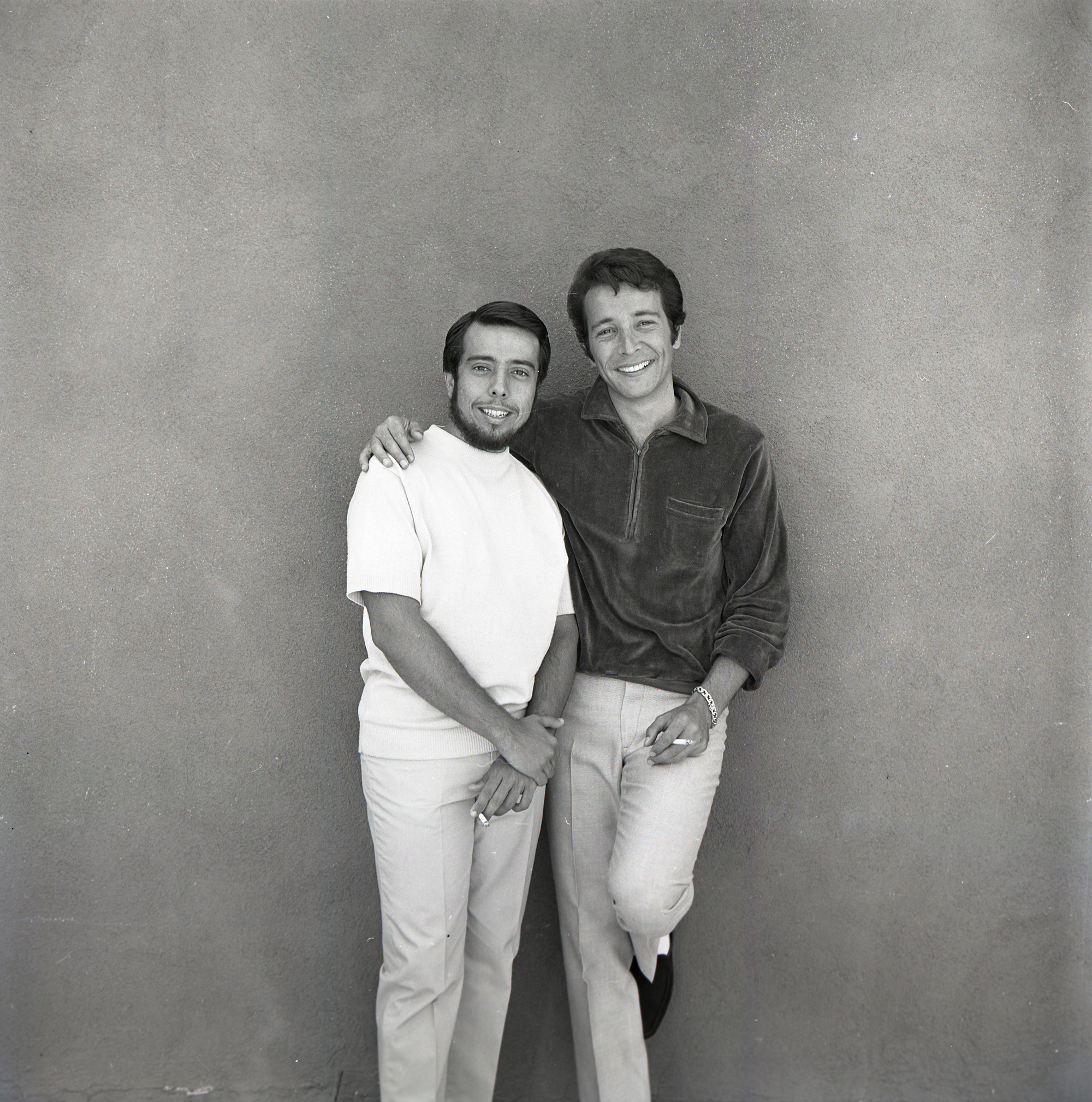 If you could capture it, what do you feel is at the heart of your music that makes it so soulful? Where does that come from?
I think it comes from my upbringing in Brazil. From the wonderful rhythms we have down there, the wonderful melodies. Melodies are really amazing and I love melodies. I recorded not only Brazilian melodies but I did the Beatles song “Fool on the Hill” which was a big success. I did “The Look of Love” by Burt Bacharach. I think the arrangements and the sensuality of the sounds and the different sounds, people like that very much.

What was the most important achievement for you in your career?
I don’t think it was one thing. I think it was the whole journey. I’m very, very proud of it and very happy that I met and collaborated with so many different artists from different cultures and different ages. Like working with Sinatra and working with will.i.am and the Black Eyed Peas. My new album now, I have Common who is a great rapper. It’s my curiosity and the discovery and the wonderful thing of encountering people that you go to the studio with them, magic happens like John Legend and so many that I’ve had the privilege and the honor to work with.

What was it like working with the Black Eyed Peas?
It was great, will.i.am is unbelievable. He’s an incredible musician in terms of intuition and is a visionary. We had a wonderful time in the studio. That’s why that album became so important to me. We had a great time.

It looks like, from even watching the videos, you’re all having so much fun.
All the time. My first hit was a song in Portuguese called “Mas Que Nada” in 1966, and then 40 years later we rearranged the song in different sound, in 2006. The song was a big hit all over the world again. Same song but in Portuguese, nobody understands what the song means but the sound was so special, the melody, that melody is so haunting. It shows how important the melody is.

You were open to reinvention.
Always. I like discovery. I like finding out new things, writing a new song, working with young musicians, somebody new that I haven’t worked with. I love that experience.

Is there anyone that you would like to work with that you haven’t?
Oh, probably many. I don’t have a list with me. Those encounters, they happened kind of, again, serendipity. We’ll be going back on the road starting this August and we’re going to play at the Hollywood Bowl, I love the place.

Do you think music has the power to heal the world?
Absolutely. It’s an international language. It’s love. It’s passion. It’s joy. The name of my new album is the Key of Joy. It’s all of that. Romance. Just things that make you feel good, and everybody likes to feel good mostly during something like that happening now in the world. Music is such a place to stay in and to hold and to hug you.

How expansive is your tour?
We have a show here in L.A. at the Hollywood Bowl on the 15th of August. Then we play in San Diego, I’m not sure about the date. As far as doing a lot of shows, I think we’ll start next year. Yes, next year. I’m so happy to be doing it again.

You’ve created so much happiness for so many people.
It’s the music. [Chuckles.]