Get ready for Halloween weekend at Citi Field 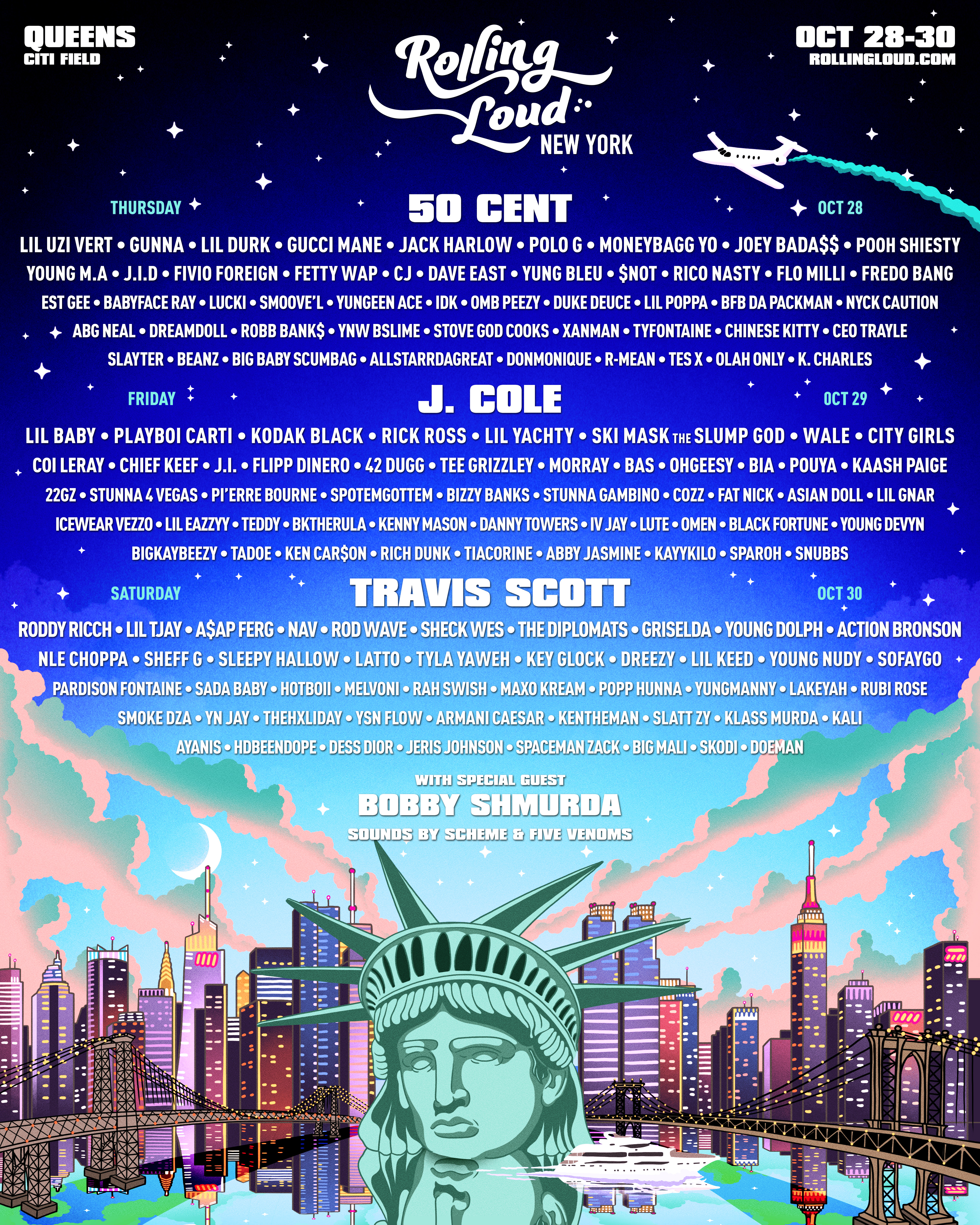 A couple of weeks ago, Rolling Loud announced its California lineup for this December, which featured pretty much every rapper who’s released an album since the beginning of 2020. Now, the bicoastal festival announced its lineup and dates for the New York edition, which is also expanding to a three-day format.

Of course, while the return to the New York festival scene is surely a huge deal for many of these rappers, none more so than local legend and noted Mets fan 50 Cent. Let’s just hope his Thursday night headlining set at Rolling Loud this year hits closer to home than his 2014 first pitch in the same venue.