Her version earned further approval from one of her favorite bands 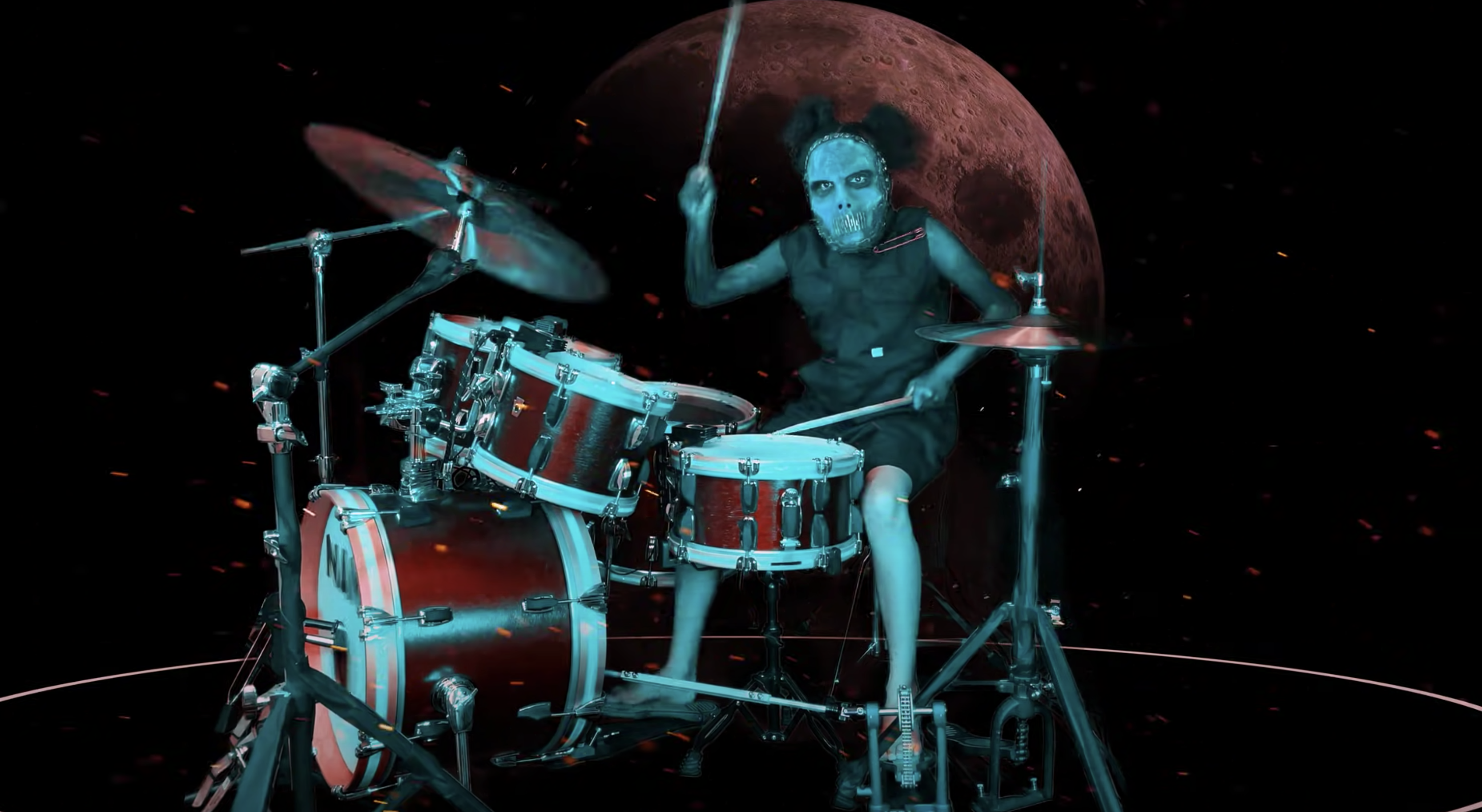 Nandi Bushell, the 11-year-old rock and roll phenom who’s made all sorts of headlines with her covers and original tunes for over a year at this point, has released her second cover of a tune from one of her favorite bands, Slipknot.

Donning an appropriate mask for the occasion and sitting behind her bright red drum kit, the British prodigy hammered out a virtually flawless rendition of the metal band’s 2004 hit, “Duality,” in a video posted on Sunday (May 30).

“It’s true, one of my favourite bands so far is @Slipknot,” she posted in the description for the video and on her social media platforms. “I love drumming with double pedals. Its so satisfying! Both Jay [Weinberg] and Joey Jordison are awesome drummers. But I really, really love [Jay’s] playing! True fact, I actually listen to Slipknot when I go to bed at night. I am wearing a Jay [Weinberg] mask made by Joel! Thank you Joel!”

Not wanting to get shown up like Dave Grohl did, Weinberg quickly quoted her Tweet with “You’re the best, Nandi!! Always crushing it!”

Check out Bushell’s most recent track (and second Slipknot cover following December’s performance of “Unsainted” on the day after Christmas) below.