In Defense of Silverchair

Home » Features » In Defense of Silverchair

I grew up in Whitehorse, the capital city of Yukon. Northern Canada, right next to Alaska is how I find myself describing its location most of the time. We lived somewhat removed from culture unless it was dominant. In the spring of 1995, AM/FM radio and print magazines with glossy covers were the main insights into the world outside our own. The things we were into were passed onto us by cool older siblings or peers in the hallways, a friend giving you a tape he stole from his brother’s room that has this rad new band on it like an analog influencer. That’s how I found Silverchair.

On the other side of the world, three teenagers from New South Wales submitted a rough demo they had recorded into a song-writing competition aptly titled “Pick Me,” a joint venture between the radio station Triple J and a TV show called Nomad. The song they entered was called “Tomorrow,” and if you were anywhere near a radio station in 1995, the song was everywhere.

I recorded “Tomorrow” off the all-request noon hour show on the only local radio station that played anything resembling alternative music. For weeks, I knew that song as having the outro to “Heart-Shaped Box” leading into it, a perfect passing of an angsty torch from one to another.

“Tomorrow” was a bridge from Nirvana’s output, a song structured around the same Loud-Quiet-Loud dynamic cribbed from the Pixies’ playbook. “Tomorrow” was loud and sorrowful, filled with an existential need to convey a feeling that these 15-year-olds were unable to accurately put words to, though you can hear them trying in lines like, “You say that money isn’t everything/Well I’d like to see you live without it.” They were kids rebelling against their parents’ reverence of the brand of sanctimony artists like John Lennon were selling.

“Tomorrow” was a hit, and Silverchair was suddenly something new and exciting. Plus, they were from Australia, which at the time seemed monumental. Something that seemed so cool and independent of mainstream popular music, from a tiny island on the other side of the world and they’re on MY radio? They must be HUGE. The infallible logic of youth.

Then they were on TV. The music video for “Pure Massacre” came on in some random block of programming on Much Music that wasn’t a top 10 list and I was convinced this was the only CD I needed to own. I put together the $20 I needed and rode my bike downtown, determined to show off how cool I was for knowing about an Australian rock band I had discovered on the radio. I methodically flipped through the S section but there were no copies of Frogstomp. I would have to ask the middle-aged guy working the counter for it, and prepared myself to explain who the band was. I felt like I was in on some secret of the music industry that he was unaware of and I would have to patiently explain that they had written a song about the war in Bosnia. There was a video on The Wedge on Much Music and everything. When I asked if he knew about it he told me they had sold out of every copy they had, and the next order coming in already had a waiting list to buy it.

Eventually, I gave in and bought my copy, at the used CD store for $7 and a trade-in of Mellowgold by Beck. I had to have Frogstomp, at that point every kid I went to school with who had a grasp on popularity had it. The cool girls would sit outside at lunch and sing “Shade” to each other, a sure sign that the album was a defining moment of our adolescence. Owning it felt like being part of something larger than myself, an exclusive club of brazen individuals. It felt almost cosmopolitan to be part of what we told ourselves was a cultural movement. A girl I had a crush on asked if I had heard of them. I showed her the CD in my Discman with the anti-skip protection. 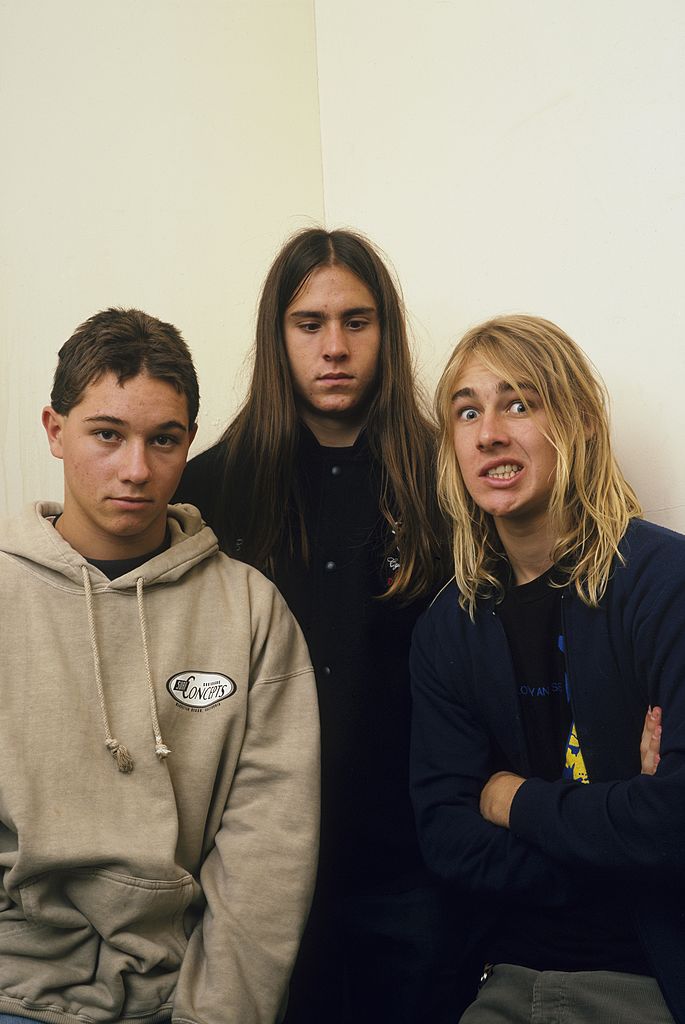 Frogstomp was the thing we discussed in computer labs and hallways, the way kids share opinions with each other that they wield like batons. Favorite songs would be argued for and against, I passionately argued for “Suicidal Dream,” to much dismissal. “Israel’s Son” was a popular standout, a slow and sludgy dirge that ends with a cathartic scream. It didn’t really matter which song was the best, it mattered that we loved them all. Frogstomp was ours, music written by kids our own age speaking to us in a language only we understood. They were of a moment but lost to it, by the early 2000s talking about Silverchair was like talking about Jim Croce. That’s old people shit.

History might have erased how famous Silverchair was (the group went on an indefinite hiatus in 2011), but my memories haven’t. I’ll never forget the day I saw a friend in the hall in junior high, wearing a shirt with names of cities on the back with dates and venues next to them. Vancouver, then Seattle, all the way over to Detroit and Toronto and Montreal. The front of the shirt was the titular frog from the album cover. His older brother had gone down and seen them at the Commodore Ballroom in Vancouver and brought him back a t-shirt. Silverchair were everything and everywhere, we just forgot how much we loved them.