Get ready for vocal harmonies and handmade percussion 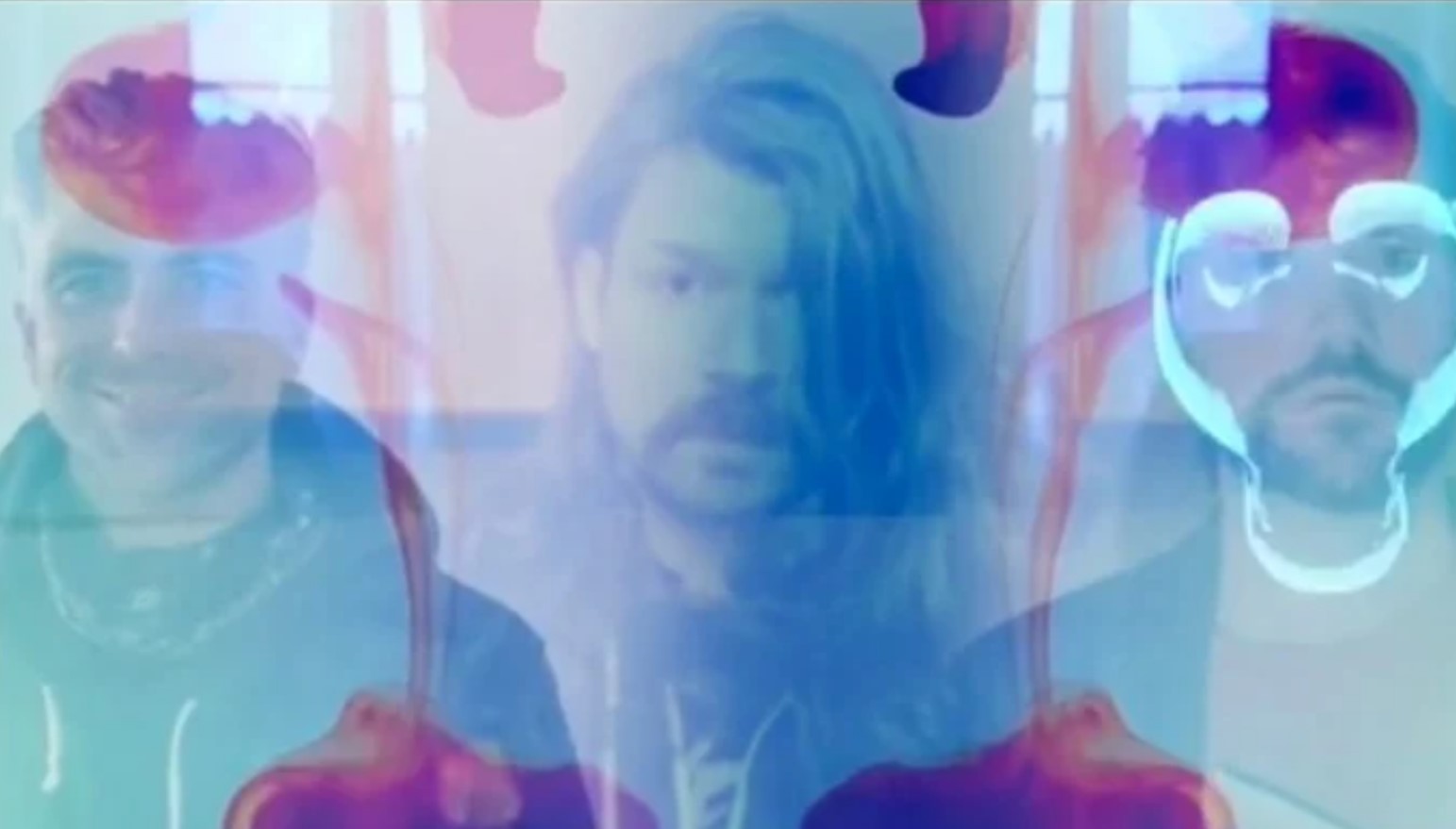 CREDIT: Courtesy of Fuckin Whatever

If the guys in Fuckin Whatever were to announce a tour together with each of their respective bands right now, it would probably be considered one of the top tours of the year — particularly if you’ve been into the whole emo and alternative scene for the last 20 years.

Taking Back Sunday, Circa Survive, and Grouplove all on the same bill? Hell, you could even add in Saosin and maybe a special appearance by someone like Bad Books. For a band that contains John Nolan, Anthony Green, Adam Lazzara, and drummer Benjamin Homola, the possibilities are pretty much endless.

But while the four friends were all on tour with their own bands for Taste of Chaos in 2016 (Homola was drumming for Dashboard Confessional at the time), they spent a lot of time goofing around in green rooms and parking lots. The quartet eventually started writing songs and making music together, their voices (and Homola’s hands) the only tools they needed.

“We were all on tour together, just hanging out backstage without instruments and trying to find a way to just keep making music together,” Nolan said. “We had our voices, and we had Ben banging on stuff too. I don’t know if he even had drumsticks. I think he was just banging on stuff with his hands depending on what was around at the time. It just made sense to keep that vibe going for when we were recording and writing songs.”

Four years and about half of a pandemic later, none of the Fuckin Whatever guys were able to hit the road with their usual bands, so they decided to revisit the project that virtually no one else even knew existed. Nolan, Green and Lazzara each tracked their vocals while Homola added his percussion, and the self-titled debut EP (out this Friday, June 4 via Born Loser Records) came into form as both a therapeutic outlet as well as an artistic project.

“I think there was a time during the pandemic and the quarantine where it was just like this ray of sunshine through all these storm clouds,” Lazzara said. “We all knew at that time that we couldn’t get together with anybody, so to have an outlet and be able to connect — not only with friends but also to work on something creative — it was filling part of a real big hole and helping to overshadow a lot of the worry and uncertainty that I think we were just carrying around every day. It was a real welcome endeavor.”

Of course, those expecting Fuckin Whatever to sound exactly like the members’ other bands will likely realize just how wrong they are within seconds of turning on the EP. The vocal harmonizing and lack of instrumentation (unless you count whatever it is that Homola is banging on at any given time) gives every tune a much more psychedelic vibe than anything from their individual existing catalogs. And while that may not be the change everyone is looking for, it shows just how organic and unconcerned the band is. Everyone has their own bands to focus on when it comes time to pay the bills, so Fuckin Whatever is free to be, well, fuckin’ whatever.

“Taking the pressure off of a project to be something that supports you and your family and your friends’ families and the people you employ really strips most of the worry and stress away from it for me,” Green said. “I can just focus on trying to do my best and be a good collaborator, which means really being present for other people’s ideas and making sure that their ideas get nurtured. I think all of those things can get very confusing when you have a project that needs to be successful where there’s a bottom line that if we don’t make this much, then we’re going to have a hard time this year. Not having that be applied to this makes it the most fun thing ever.”

Although Fuckin Whatever may thrive by never being the main breadwinner for anyone in the band, the members seem to be extremely pleased with both the quality and quantity of the tunes they’re able to churn out. Rather than throwing around a word like “supergroup” and making one big cash grab of an album, they’re happy to listen to Nolan’s advice about treating it like a DIY project with a small record label and the support of friends while they slowly figure out the best way to release the dozens of songs they created together both on the road and in quarantine.

“We have so many other songs that I’m hoping also see the light of day, and honestly if you were to tell me right now that they wouldn’t see the light of day, then I’d be angry,” Green said. “I’m honestly mad that they’re not on the EP. There’s only maybe one song that people haven’t heard from the EP because there are songs available on Bandcamp and stuff streaming on iTunes. So people can expect that song for now. What’s that song called? It’s the last one I think.”

“That’s right,” Green said. “That’s terrible because I’m always afraid. We should have called it ‘everything makes me afraid.’ The new song is going to be called ‘governed by irrational fear all the time.’”

Fuckin Whatever will also be on Noise Pollution on SPIN’s Twitch channel on June 21 to answer fan questions, provide a track-by-track breakdown of the EP, and give away some copies of the vinyl.