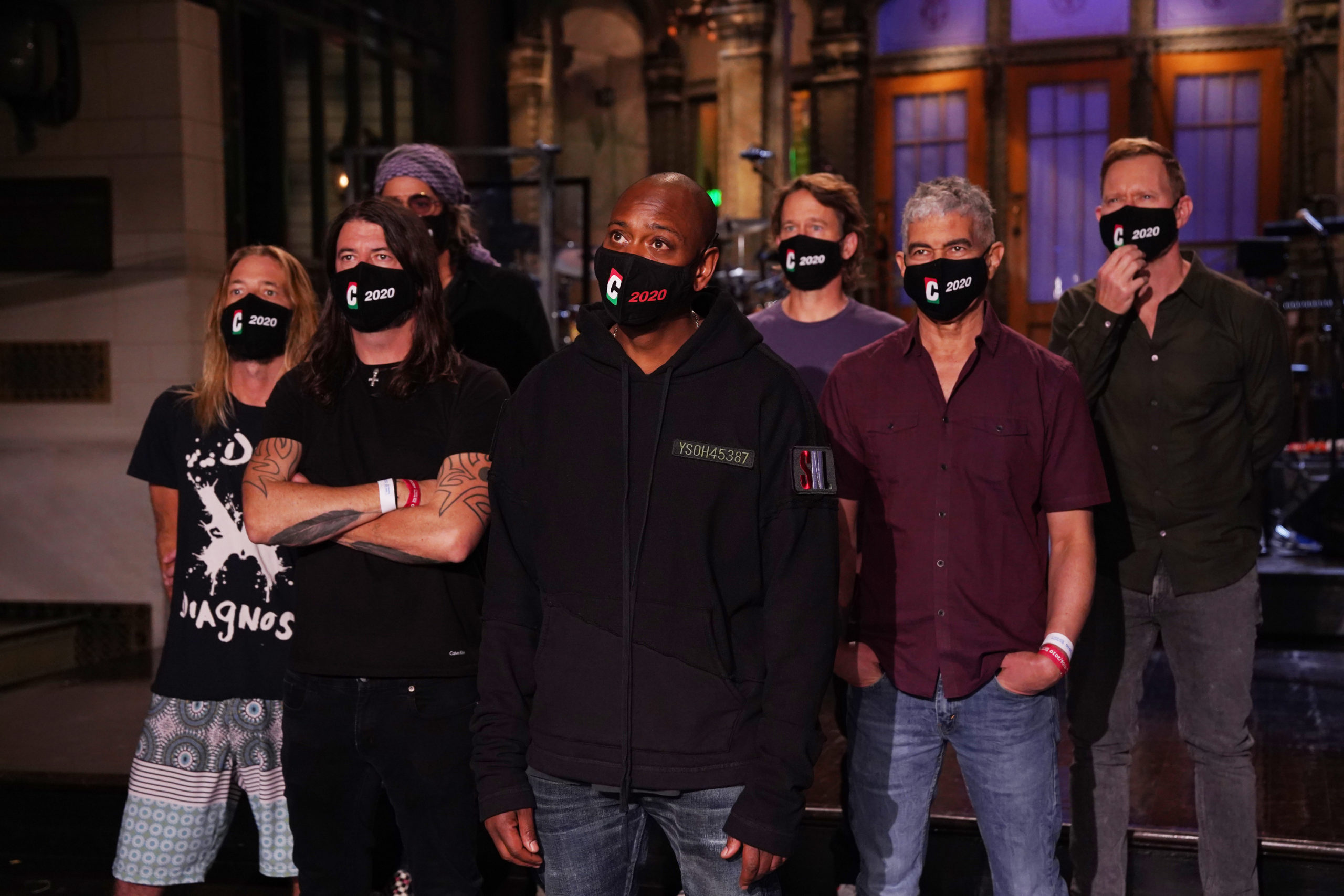 Dave Chappelle and the Foo Fighters are pals, that much we saw last year during their appearance on Saturday Night Live together. But at Foo Fighters’ show at Madison Square Garden on Sunday night, the first 100% capacity show in New York State since the pandemic, they took things to another level.

The comedian joined the band in a surprise performance to cover Radiohead’s “Creep.” Chappelle, who was in town for the Tribeca Film Festival and the premiere of his documentary, has sung the ’90s classic in the past, in particular with John Mayer.

Check out Chappelle and the Foos’ performance below.

Ahead of the show, just like the show in Agoura Hills last Tuesday, the Foo Fighters were met by protests by anti-vaxxers (including actor Ricky Schroeder) but it didn’t seem to faze them judging by their raucous 23-song set. In addition to that show, the band announced they’re going to be releasing a special Bee Gees covers album for Record Store Day next month.

As for Chappelle, a version of his 8:46 special from last year is coming to vinyl on Third Man Records. It will be released on Oct. 29. A limited-edition splatter version of 846 sold out.