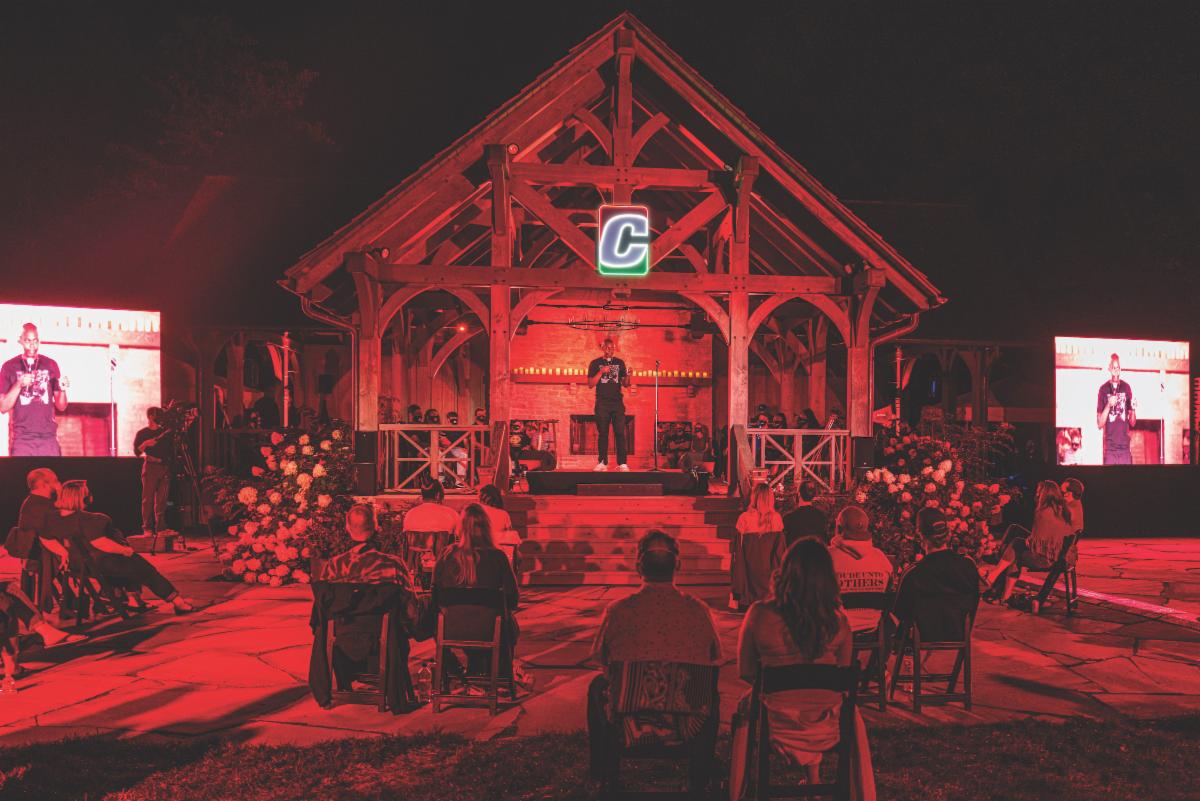 Last year, Dave Chappelle surprise-released a new special following George Floyd’s murder. Titled 8:46, it was released on YouTube after being recorded on June 6 at one of the outdoor shows he hosted near his home in rural Ohio. Now, that special is coming to vinyl.

Chappelle is teaming with Jack White’s Third Man Records to release a super limited edition version of the collection. The B-side will feature poet Amit Sulaiman who recites “My Insides Out” and “We Must Win,” which was also recorded in Ohio. Proceeds from the sales will go to the Duke Ellington School of the Arts in Washington, D.C.

“When I was a student at Duke Ellington, the teachers instilled in me the notion of activism through art,” Chappelle said. “We need more soldiers for great causes on the stage.”

The limited-edition colored vinyl — pressed at Third Man Pressing in Detroit in a run of 846 numbered copies — is emblazoned in red, black and green, and available now, first come, first served, at Third Man Records stores in Nashville, Detroit and online at ThirdManStore.com.