But... the singer releases a cover of "California Stars” with collaborator Juliette Jackson 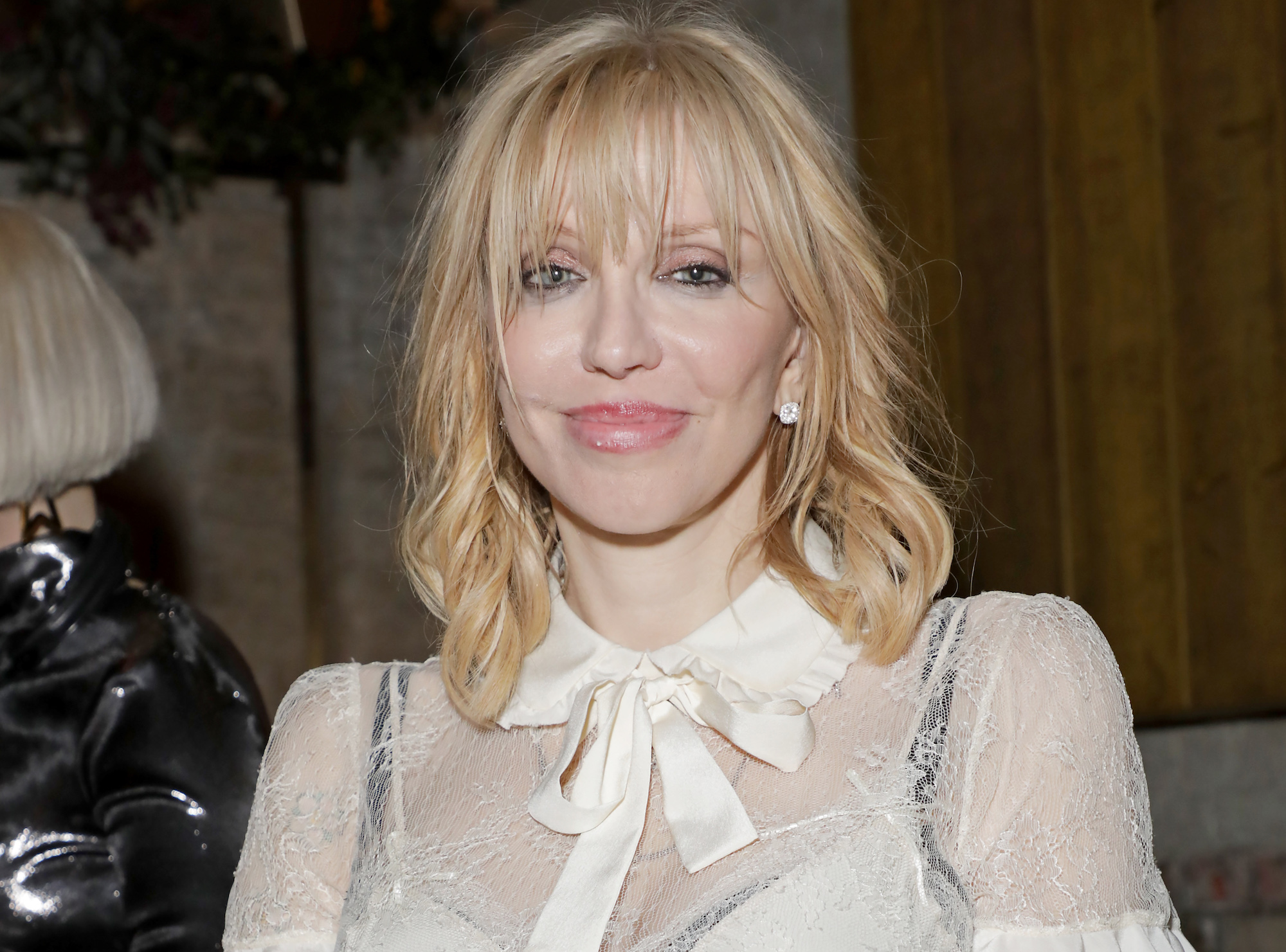 Courtney Love seems to have put the definitive kibosh on a Hole reunion, telling Vogue, there is “absolutely not” going be a reunion.

“And you guys have gotta get over it. Our old manager Peter Mensch calls once a year to ask about a reunion: ‘Hey, just doing my thing I do every year with you and Jimmy Page [of Led Zeppelin].’ I’m so honored to be in that company, but it’s just not gonna happen,” Love said.

So if you were hoping for any kind of tour, reunion or whatever, well, there’s your answer.

In more positive news, Love shared a new song today, a cover of “California Stars,” a tune written by Woody Guthrie and recorded by Billy Bragg and Jeff Tweedy. During the pandemic, Love has been living in a London hotel and taking guitar lessons with British musician Juliette Jackson of the band Big Moon.

The two are now doing Bruises of Roses, a new video series in which Love covers a handful of her favorite songs with Jackson.

In the wide-ranging interview — conducted from her bathtub — Love said she’d return to her Los Angeles home “whenever Britney Spears is free.”

She also spoke about her relationship with her Hole band members, saying “We’re all really good friends and Melissa [Auf Der Mer] and I are especially close—we talk every day. But Eric [Erdlandson]is kinda off-the-grid right now—I think he’s in Japan literally becoming a monk. I’m not even kidding. [We] think he’s become a monk or something on that level of aestheticism.”