Simon Pegg even makes an appearance 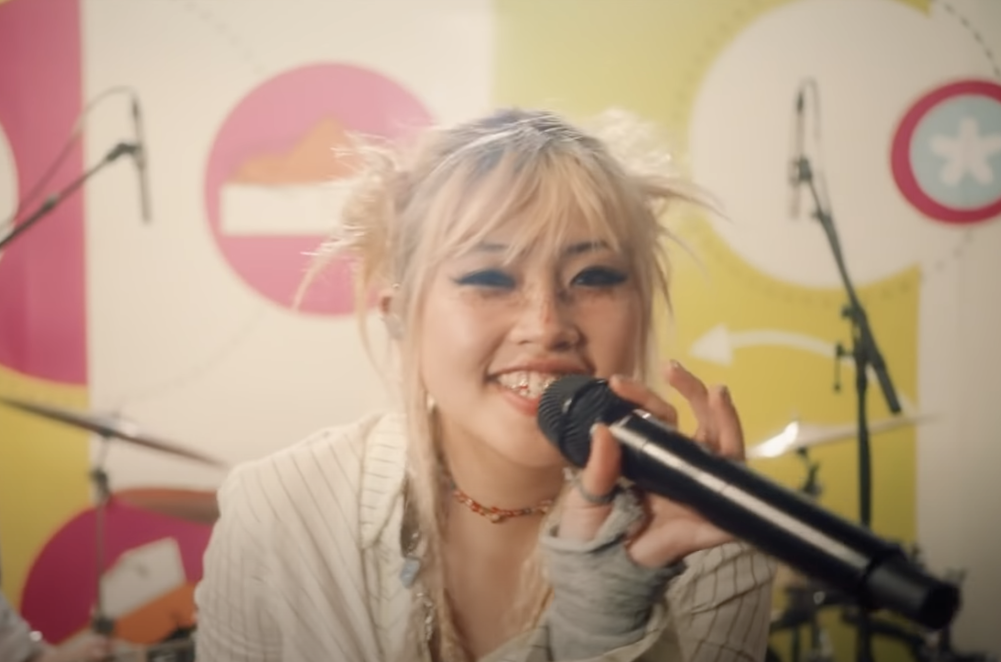 To celebrate the release of her latest EP, Our Extended Play, Beabadoobee performed the album’s single “Last Day on Earth” on The Tonight Show Starring Jimmy Fallon.

When she originally released the song, the UK-based singer-songwriter explained its meaning in a statement: “’Last Day On Earth’ is about all the things I would have done had I known we were going into a lockdown and the world was going to change the way it has. It was written shortly after the first main lockdown and lyrically it’s me reflecting on how it would feel if we all knew ahead of time what was going to happen. All the things I would have done if I knew it was the last day of our old normality.” This performance mirrors that epic party she would’ve thrown.

Beabadoobee transformed a studio space into every teen’s fantasy. As she sang, she skipped around with the microphone to a house party set, complete with a DJ booth, and a slumber party with girlfriends jumping on the bed. She even gave Simon Pegg a high five.

Beabadoobee made Our Extended Play with member of the 1975. Last year, we spoke with the 21-year-old about her debut full-length album, Fake It Flowers. Read that interview here.

Beabadoobee Shares ‘How Was Your Day?’ Video