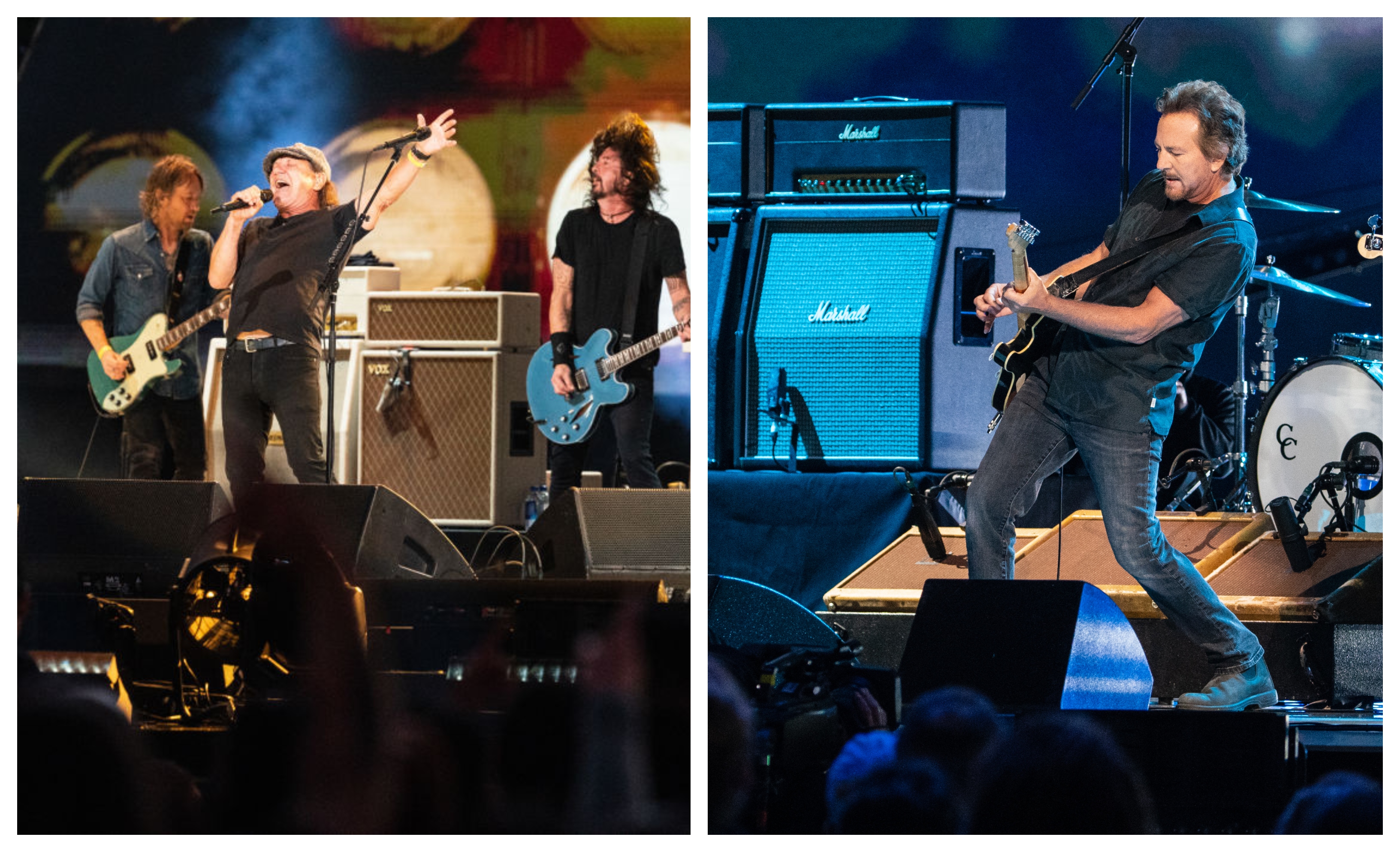 On Saturday night, Global Citizen aired VAX Live: The Concert to Reunite the World — a virtual event aimed “to help end COVID-19 for all, end the hunger crisis, resume learning everywhere, protect the planet, and advance equity for all.”

The hourlong show, hosted by Selena Gomez, kicked off with Eddie Vedder playing two songs with a backing band that featured former Red Hot Chili Peppers guitarist Josh Klinghoffer and the rhythm section of White Reaper. Together, they thrashed through a punky version of Pearl Jam’s Vitalogy track “Corduroy” and a cover of Little Steven Van Zandt’s 1984 anthem “I Am a Patriot.”

Later, Foo Fighters took the stage for an energetic six-song set that included some of their biggest hits (“All My Life,” “Everlong,” “Times Like These,” “My Hero,” “Best of You”), as well as a surprise appearance from Brian Johnson to help cover AC/DC’s “Back in Black.”

“I’m so thankful that you guys could be here to share that with us,” Dave Grohl told the crowd, which consisted mostly of fully vaccinated frontline workers. “We ain’t out of the woods yet, but let me tell you, I am a firm believer in the idea that music should be shared with people, all right? So let’s work as hard as we can to make sure that we can do this every fucking night for the rest of our lives.”

VAX Live was filmed last week at Los Angeles’ SoFi Stadium to an audience of 25,000. It also featured performances from H.E.R., Jennifer Lopez, and J Balvin. Watch the highlights below.