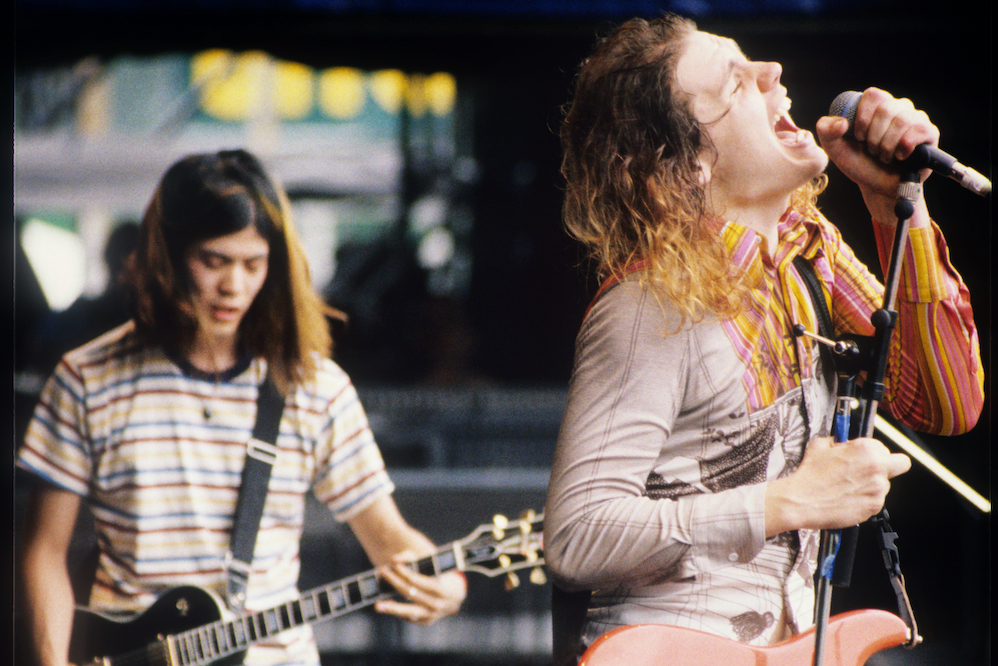 The limited edition live album will be released as a double LP on purple swirl, 180g vinyl. “Audio is from a board tape and is not available anywhere else,” the band wrote on Instagram. The setlist is from their show at Kawasaki Japan’s Club Citta in Feb. 1992 and includes banter and extended songs.

The LP will only be available for 24 hours via Madame ZuZu’s website (Billy Corgan’s tea shop). The standard runs $70 and a recorded signed by Corgan and Jimmy Chamberlain is available for $170. Live in Japan, 1992 is available for pre-order here, and the Pumpkins promise the image on Instagram is not the cover art.

Check out the announcement post and full setlist below.