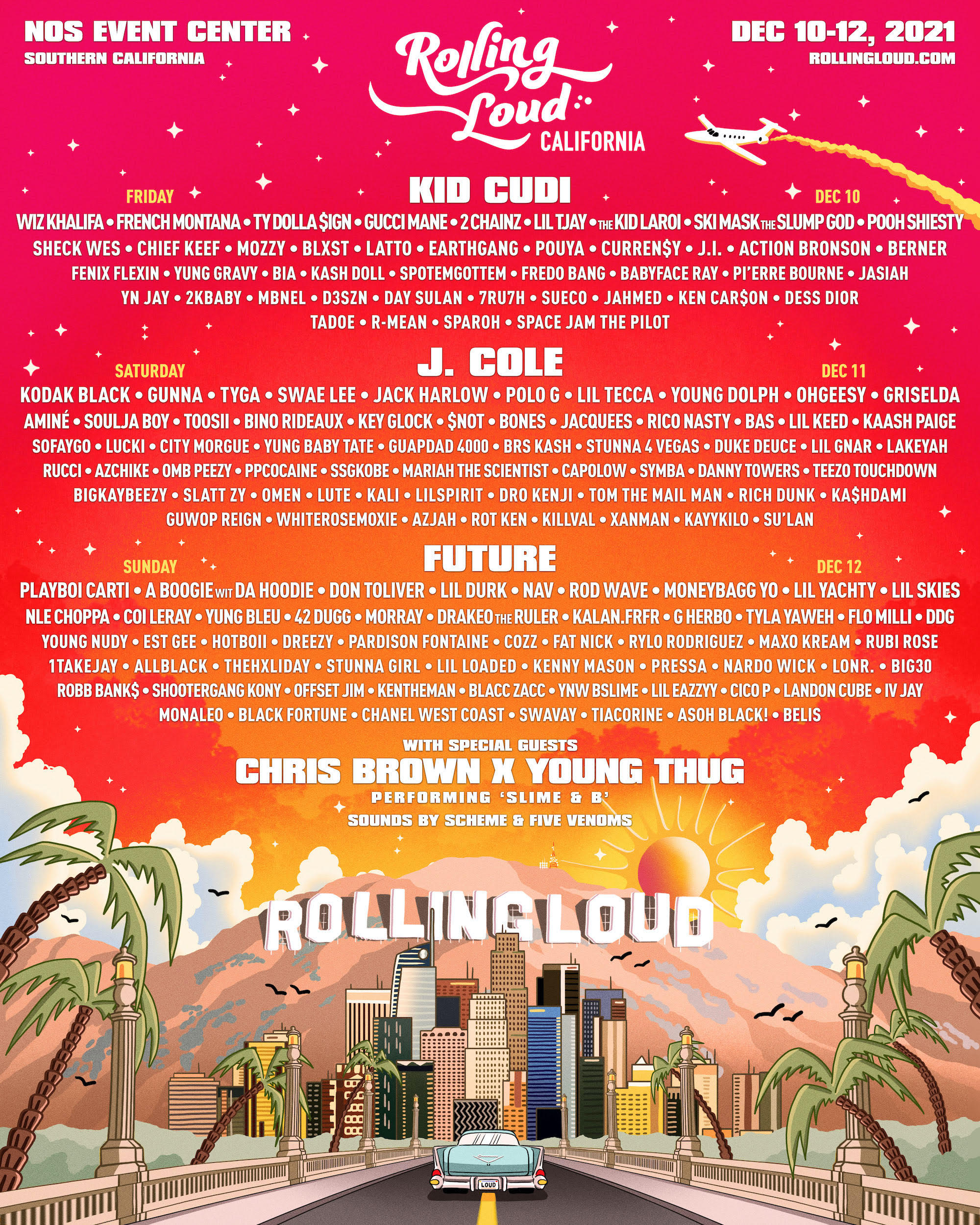 Well, Rolling Loud California isn’t messing around. Almost every rapper who released a song, feature or anything in the past 18 months is damn near on this bill.

There’s the headliners: Kid Cudi, J. Cole and Future. There’s a special guest appearance by Chris Brown and Young Thug, who will be performing Slime & B. in full and that doesn’t begin to tell the full story of the mega lineup.

As for the event itself, it takes place on Dec. 10-12 at the NOS Events Center in San Bernardino, California.