My Chemical Romance will perform at the 2022 event 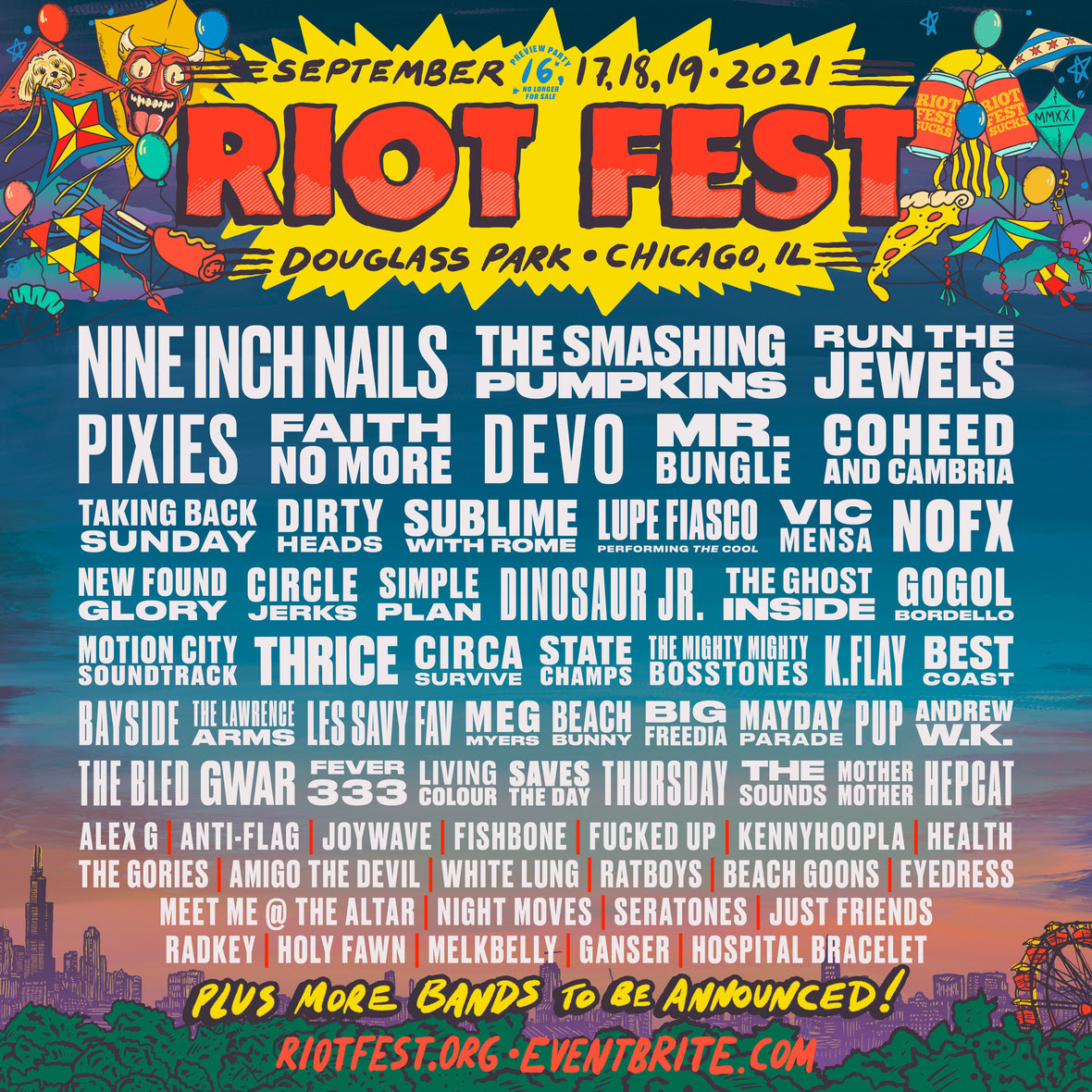 The festival announcements are rolling in faster than you can say COVID lockdown. Riot Fest, which announced part of its lineup last June, has unveiled the whole thing and it’s a doozy.

Nine Inch Nails (who are also headlining Louder Than Life a weekend later) are joining Smashing Pumpkins, Pixies and Run the Jewels at the top of this year’s bill. Originally, My Chemical Romance was slated to headline, but they’re conspicuously absent from the lineup. But have no fear, MCR will be headlining the 2022 edition of Riot Fest.

Meanwhile, Mike Patton will perform double duty, performing with Faith No More and Mr. Bungle at the event. Also announced were DEVO, NOFX, Dinosaur Jr., The Ghost Inside, Motion City Soundtrack and many, many more.

According to the event’s press release, all COVID safety measures will be frequently updated, as directed by local health and public safety officials. With Chicago opening up from the lockdown, expect the situation to be fairly fluid leading up to the weekend.

The festival will take place at Chicago’s Douglass Park on Sept. 17-19. You can grab tickets for it right here, right now.