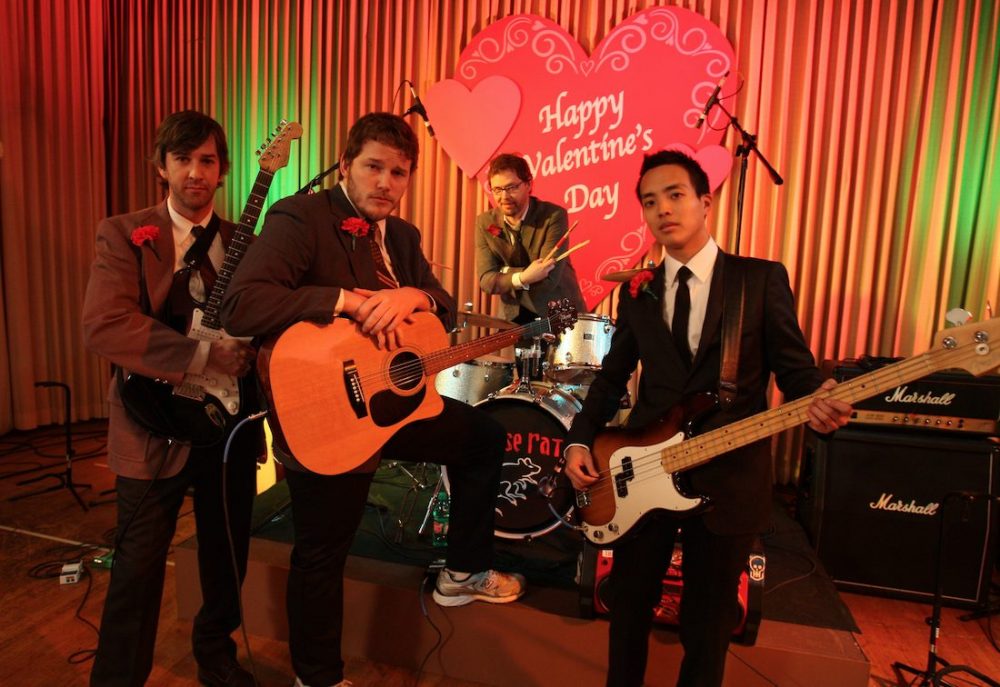 Pawnee, Indiana’s biggest band just released the official video for their smash hit, “5,000 Candles In the Wind,” ahead of the release of their upcoming album, The Awesome Album. That’s right, the Andy Dwyer-fronted quartet known as Mouse Rat is back.

Last seen on the national stage when their critically acclaimed docuseries, Parks and Recreation, ended in 2015, the legendary rockers took to social media last month to tease an announcement coming today, but no one could have expected Dualtone Music Group to partner with the the multimedia giants in Entertainment 720 to release the band’s long-awaited album on vinyl, CD, and cassette.

The news was officially broken earlier today by Pawnee’s favorite talk show host, Perd Hapley, and happens to mark the 10-year anniversary of the band’s original performance of “5,000 Candles In the Wind” after the tragic passing of the town’s iconic mascot, Li’l Sebastian.

Check out the official video for the track below.

As for the new release, the touching tribute to Li’l Sebastian isn’t the band’s only anticipated song. Mysterious jazz legend Duke Silver is featured on multiple tracks, so see the full 15-song track listing for The Awesome Album below.

“5,000 Candles in the Wind (Bye, Bye Lil Sebastian)”
“The Pit”
“Sex Hair”
“Catch Your Dream (feat. Duke Silver)”
“Two Birds Holding Hands”
“Ann Song”
“The Way You Look Tonight”
“Menace Ball”
“Remember”
“I Get A Kick Out Of You”
“Lovely Tonight”
“I’ve Got You Under My Skin”
“I Only Have Eyes For You”
“Pickled Ginger (*performed by Land Ho!)”
“Cold Water (*Scott Tanner feat. Duke Silver)”