She also performed during the cold open 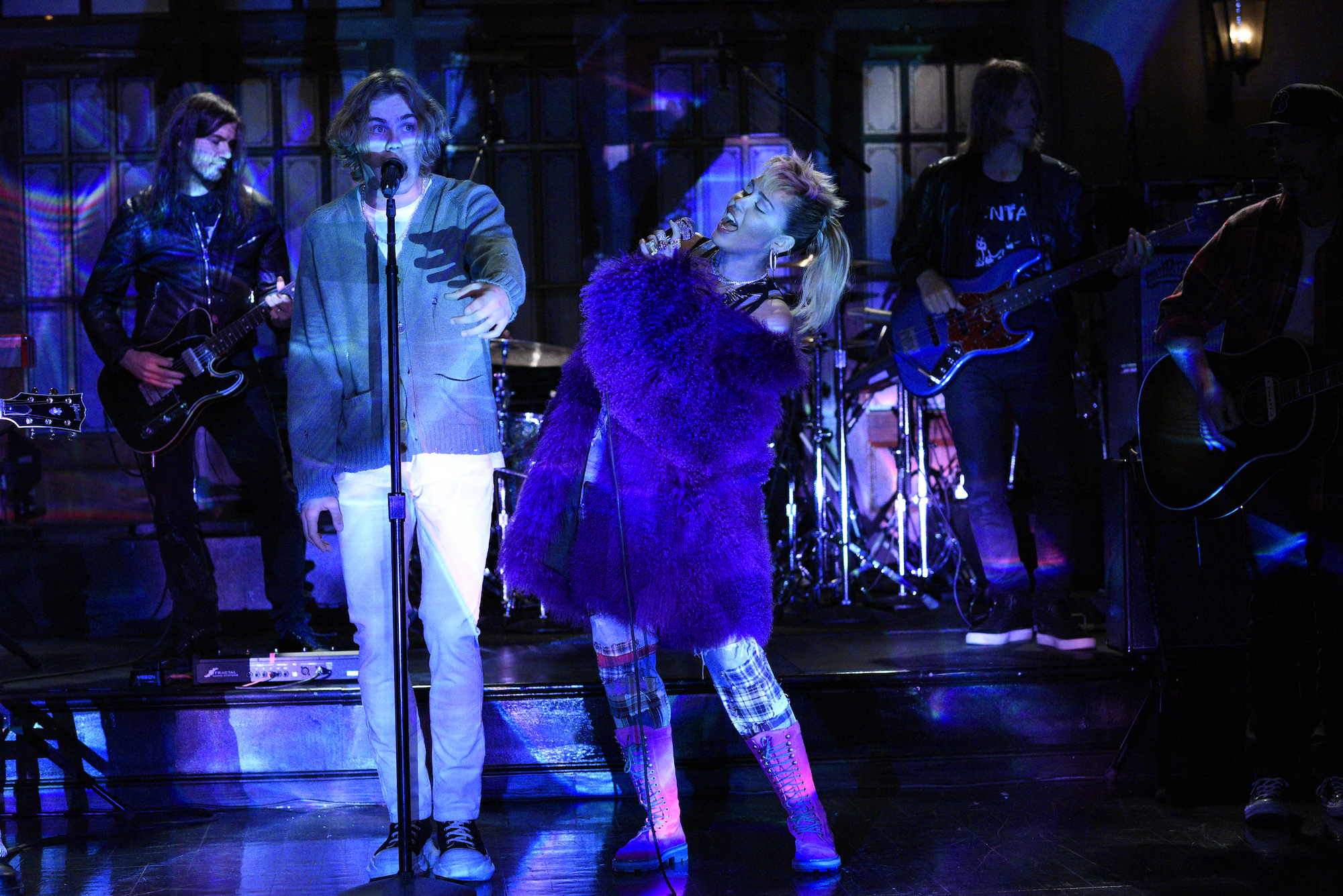 Last night, Miley Cyrus made her sixth appearance as Saturday Night Live’s musical guest. As promised, she performed her new collaboration with The Kid LAROI, “WITHOUT YOU,” as well as “Plastic Hearts.” Unfortunately, she didn’t pull double-duty this time around, leaving the hosting to Elon Musk. However, she did perform Dolly Parton’s “Light of a Clear Blue Morning” during the show’s cold open, which was an ode to the cast members’ mothers. Cyrus’ own mother, Trish Cyrus, appeared as well.

Cyrus has been showing her gratitude for frontline workers with some special performances this year. During the Super Bowl pregame festivities, she brought out Billy Idol and Joan Jett and covered the likes of Nine Inch Nails, Bikini Kill, and Dolly Parton. More recently, she staged a mini Queen tribute concert during the NCAA’s Final Four.

Last year, the pop star became a bona fide rockstar with her latest album Plastic Hearts. She also covered a slew of ’90s alternative rockers including Pearl Jam, Hole, Mazzy Star among many. Read our review of it here.