Festivals are coming back in a big way. Events like Life Is Beautiful, Governors Ball, Outside Lands and Ohana Festival all announced lineups and are slated to return at the end of the summer and early fall and now, we can add Louder Than Life to this growing list.

“‘Whiskey is for drinking; water is for fighting over’ – Mark Twain. And I’m on the lookout for the best drinking whiskey in Kentucky,” Perry Farrell of Jane’s Addiction said of the festival in a statement.

Louder Than Life will feature nearly 70 music acts over four days, with performances on three stages, along with award-winning bourbons, whiskey, spirits, craft beer, and local food. The full lineup is detailed below.

Watch the official Louder Than Life announcement video below.

The current Louder Than Life lineup is as follows (subject to change):

Single-day and weekend passes for Louder Than Life are on sale now. 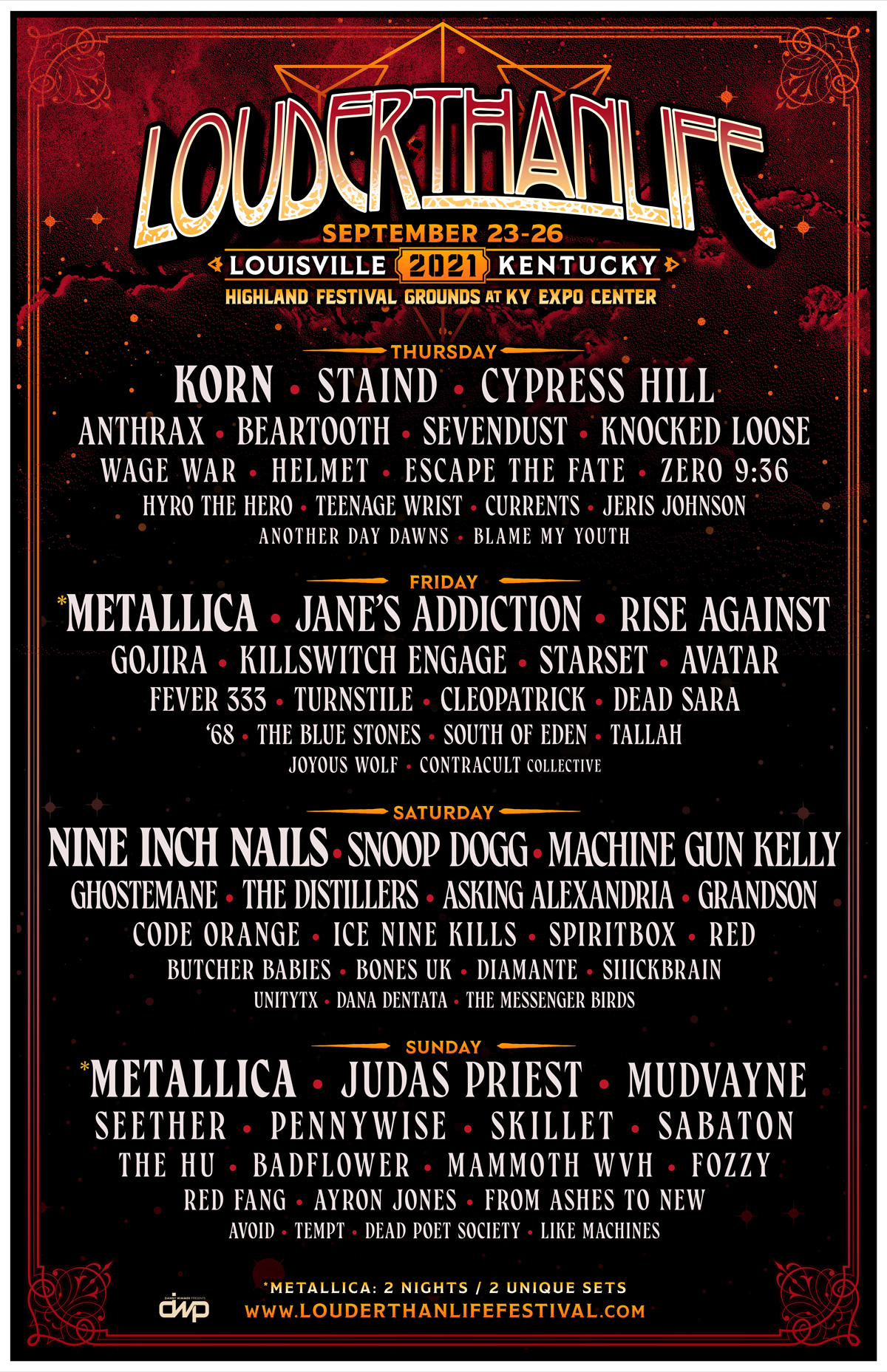