She claims he raped and threatened to kill her 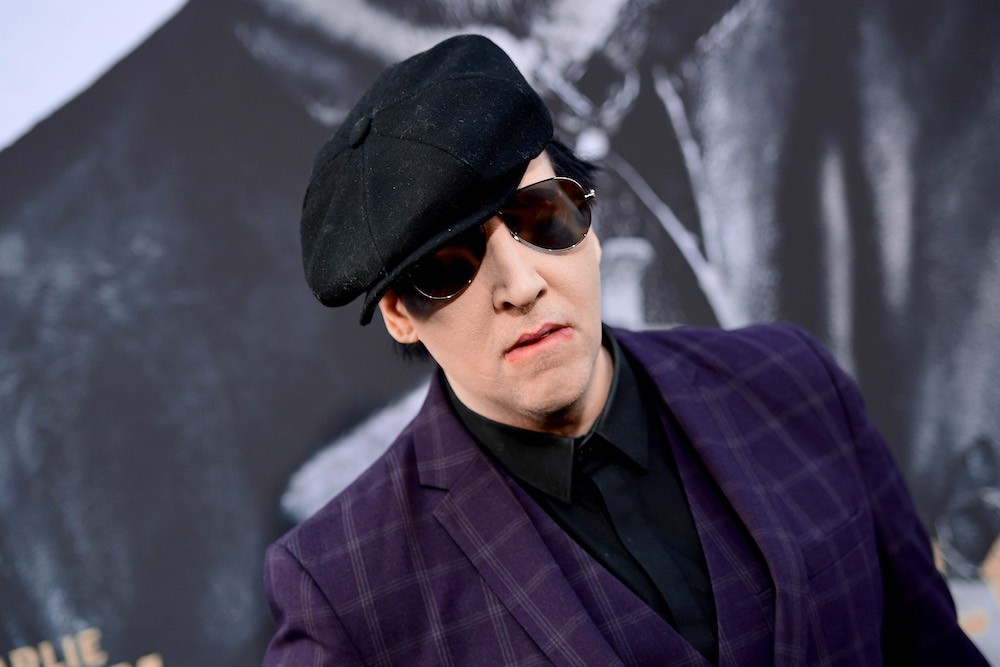 A former girlfriend of Marilyn Manson has come forward with a lawsuit alleging that the musician, born Brian Warner, raped and threatened to kill her, TMZ reports. The unidentified woman, who began dating Warner in 2011, also claims he made her watch a disturbing video called “Groupie” that shows him tying a young fan to a chair, forcing her to drink urine, and threatening her with a gun.

A member of Manson’s team “strongly denies the accusations,” while a source close to the shock-rocker told SPIN that the video in question is “a scripted short film shot by a crew and a famous photographer/videographer who frequently collaborated with Manson. The actress in the film was an adult who had also appeared in a previous music video called ‘The Long Hard Road Out of Hell.’ The scripted short film was meant to be an extra video feature for an upcoming album release, but it was never released.”

His team also points out that Manson’s talked about the film publicly on several occasions, including an episode of Dinner for Five in 2002. You can watch him and Andy Dick discuss it below, beginning at the 18:49 mark.

The lawsuit is the latest in a number of assault accusations against Warner. Earlier this month, his former assistant Ashley Walters sued Manson for sexual assault, battery and harassment. Last month, he was sued by Game of Thrones actress Esme Blanco and Ashley Morgan Smithline for sexual abuse.

These women all came forward after actress Evan Rachel Wood detailed abuse at the hands of Warner in February. Manson has denied all allegations; however, has been dropped by his record label, booking agent and management.

In addition to the lawsuits, Manson is also currently wanted in New Hampshire on two counts of assault.