Mannequin Pussy Haven’t Lost Any of Their Luster on Perfect

The now-trio explores glistening pop-rock, scathing punk, and swooning balladry all in less than 15 minutes 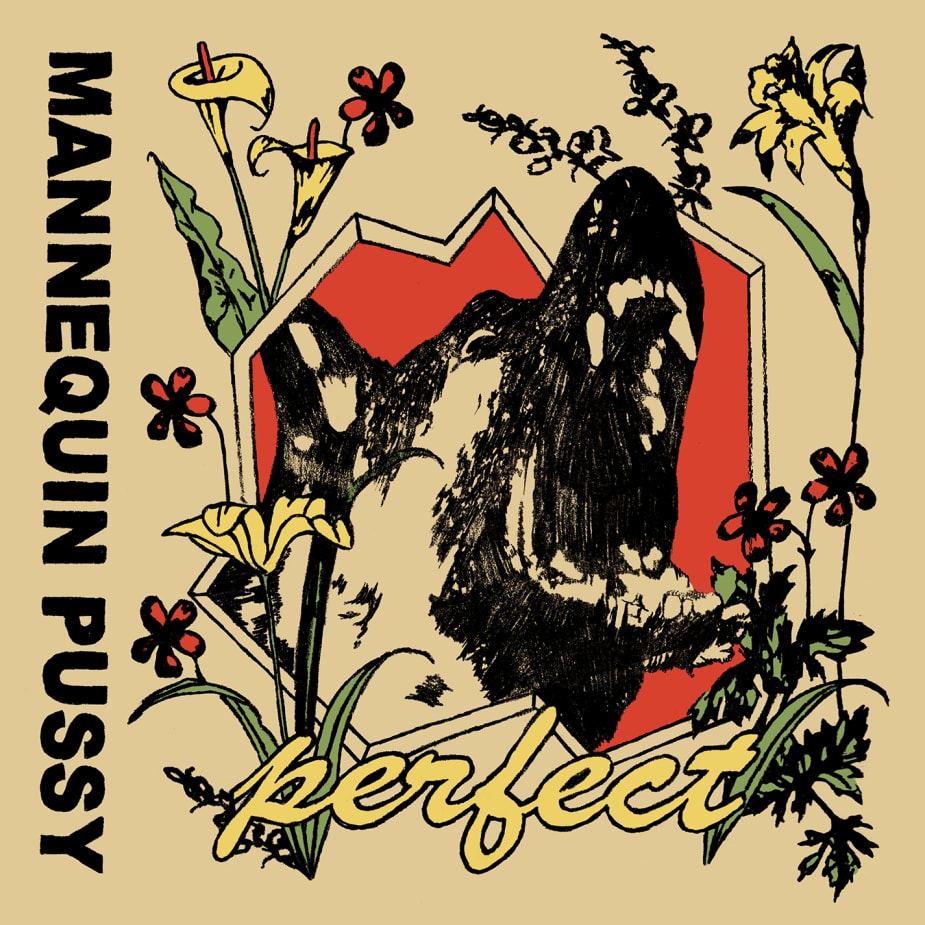 Since 2019, the Philadelphia-based punk band Mannequin Pussy has been operating on another level. They began working with prolific emo producer Will Yip, moved to Epitaph Records, and garnered widespread acclaim for their third record, Patience. COVID-19 may have slowed their momentum, but the now-trio of vocalist-guitarist Marisa “Missy” Dabice, drummer Kaleen Reading, and bassist Colins “Bear” Regisford prove that they’ve lost none of their fury, intensity, or singularity on their new EP, Perfect.

After spending time in lockdown, the group reunited in person to record new material. Although they had already written two songs before the recording sessions began, they wrote the other three in that moment. As Dabice said in the EP’s press release, “We just figured if we forced ourselves into this situation where someone could hit ‘record,’ something might come out. We’d never written that way before.” They may have “forced” themselves into recording, but each of its five tracks is strikingly natural, like an encapsulation of the trio creating these songs in real-time.

Similar to Patience, on Perfect Mannequin Pussy showcase their songwriting abilities in an impressive display of variety, as all of its songs are distinct from one another. The opener “Control” conjures the infectious pop-rock hooks of their more melodic material. It begins quietly with only Dabice and her guitar, and it eventually breaks open into a full cacophony. Imagine LCD Soundsystem’s “Dance Yrself Clean” but without the excruciating three-minute wait for catharsis. It leads directly into the scorching title track, where Dabice explores the artificiality of perfectly curated social media profiles (“Look in my eyes / Tell me I’m it / Tell me I’m beauty / Tell me I’m fit”). It’s a topic that feels particularly germane to life during quarantine, where people project a veneer of complete happiness despite the fact that there’s a pandemic.

Just as he did on Patience, Will Yip makes his production mark with taut, punchy drums and clean, distilled guitar tones on “To Lose You.” Patience and Perfect are sonic twins, but never in a tiresome way. Perfect continues what made Mannequin Pussy’s last effort so compelling, but the absence of former guitarist Athanasios Paul is mildly apparent. Though there aren’t quite as many troves of memorable guitar leads, the trio still maintains the intensity that’s so integral to them as a band. It’s one of their key strengths, and they embrace it wholeheartedly.

A vital example is the penultimate track, “Pigs Is Pigs.” Regisford takes over lead vocal duties (featuring backing vocals from Dabice) with searing screams over a backdrop of Reading’s propulsive drums and Dabice’s chaotic feedback. It’s a ferocious track that addresses police brutality as directly as possible by referencing the murders of George Floyd and Breonna Taylor (“George couldn’t breathe / Yeah, this is fucked / Breonna needed sleep / No knock”). There’s a complete tonal shift into the closer, “Darling,” a slow-burner with The-xx-esque guitar tones and soft cymbal swells. It’s a song that coaxes and soothes, slowly dissipating as its final few notes extinguish like a flame, only to be reignited with a sudden burst of volume if it’s looped back into the opening track, “Control.”

Perfect is a microcosm of Mannequin Pussy’s staggering dynamism, as they deftly traverse glistening pop-rock, scathing punk, and swooning balladry all in less than 15 minutes. They demonstrate their impressive penchant for writing a variety of songs that stand on their own, but also work symbiotically. COVID-19 may have briefly put their ascendancy on hold, but with this EP, Mannequin Pussy show that they haven’t lost any of their luster.