He spent the last minute of 'Montero' holding his crotch 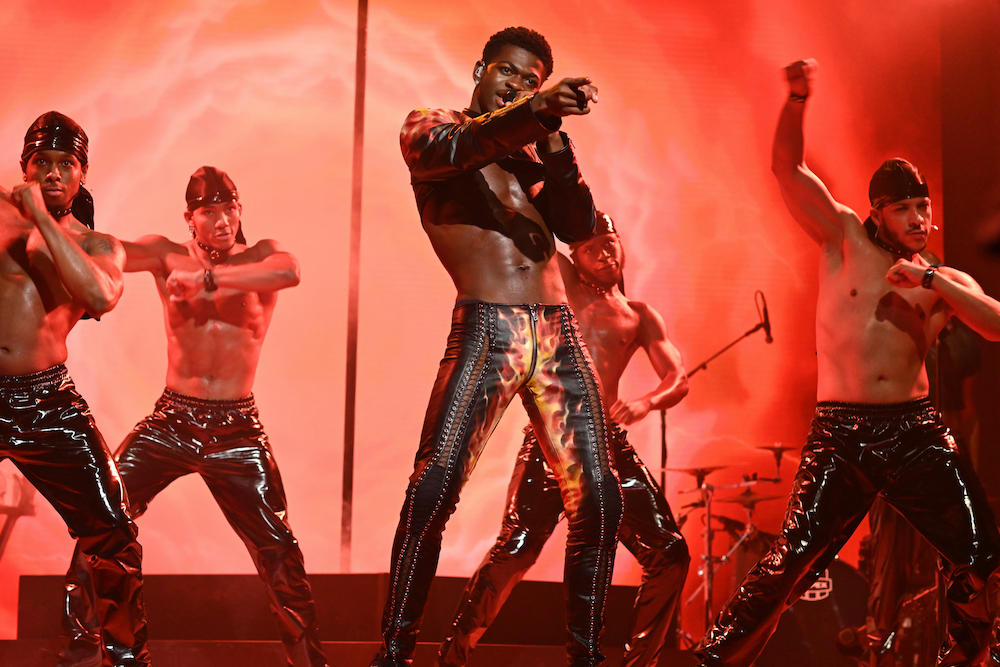 Lil Nas X made his SNL debut one to remember last night. The rapper’s performance of his latest chart-topping single “Montero (Call Me by Your Name)” was set in a hellish strip club, and after a whole lot of gyrating the “Old Town Road” star took his turn on the pole — only to rip the front of his pants. He spent the last minute of the song holding his crotch, which really didn’t look too out of place.

X laughed off the wardrobe malfunction on Twitter this morning. “i know i do a lot of planned shit but ripping my pants on live television is not one of them,” he quipped before going into more detail in a subsequent tweet.

“at first i was afraid to even perform,” he confessed. “then we rehearsed for 2 weeks, then all of the dancers got removed because one had covid and new ones had to learn the routine in 24 hours, and then i ended up ripping my pants and couldn’t finish. everything happens for a reason tho lol”

Despite the mishap, the 22-year-old still considers the appearance his “favorite night” of his career. Watch Lil Nas X perform “Montero” and “Sun Goes Down” below.