Kings of Leon, Pearl Jam and Vedder himself will headline

Last year, Eddie Vedder’s Ohana Festival was pushed to literally a calendar year later because of the pandemic. On Wednesday, the fest confirmed its return to Southern California on the last weekend of September with a slightly tweaked lineup.

Retaining the same lineup, which includes several classic rock bands and singer-songwriters, Vedder’s festival will also mark Pearl Jam’s first official shows since 2018 and coincides with the 30th anniversary of the band’s debut album, Ten. Friday night’s headliners are recent SPIN cover subjects Kings of Leon and Vedder himself (he’s headlined every Saturday since the fest’s inception in 2016) on top of Pearl Jam’s festival-closing set on Sunday night. Last year, Pearl Jam released Gigaton, and you can read our review of that album here.

Last month, Pearl Jam guitarist Mike McCready told us that plans were still up in the air regarding the band playing shows in 2021. Looks like they’ve been resolved.

Ohana Fest will take place Sept. 24-26 at Doheny State Park in Dana Point, California. See the full lineup below and you can grab tickets here. 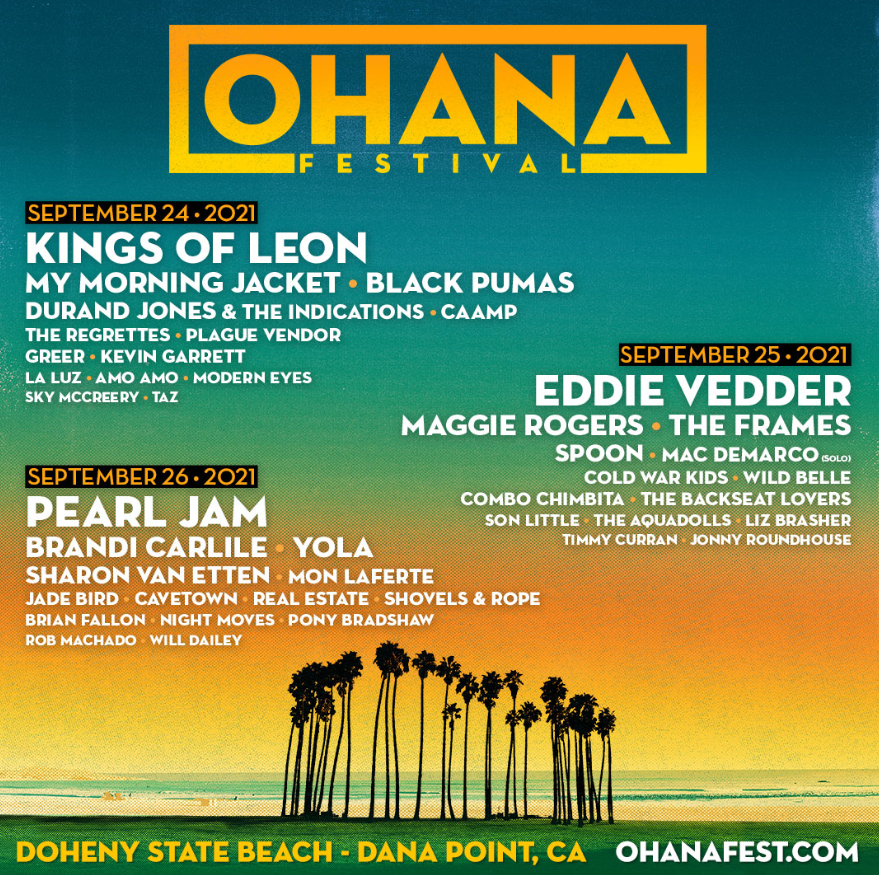