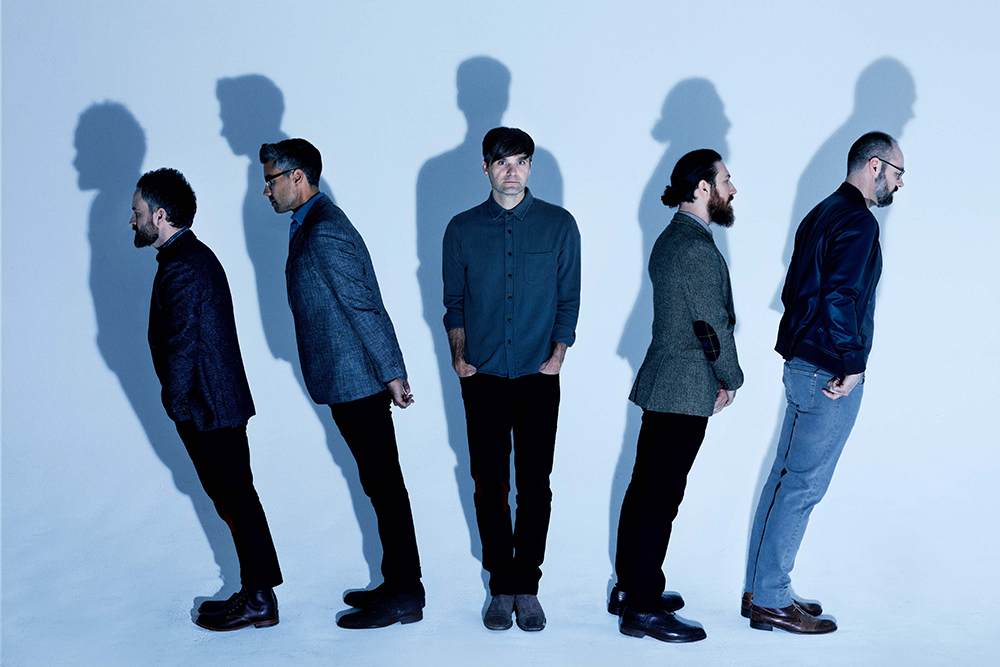 Death Cab for Cutie will release a new live album, Live At The Showbox, for just 24 hours as a Bandcamp Friday exclusive on May 7. A portion of the proceeds will benefit NIVA, the National Independent Venue Association. The 17-song set will have an official release later this year.

Live At The Showbox was recorded just before the COVID lockdown over a sold-out three-night-stand from Feb. 24-26, 2020, at The Showbox in Seattle. Songs on the live set include “Company Calls,” “I Will Follow You Into The Dark,” “I Will Possess Your Heart,” “Tiny Vessels,” “We Looked Like Giants,” “Black Sun” and more.

Death Cab shared a statement about the Showbox set:

Like so many other artists, we expected to play a lot of shows in 2020. To gear up for the year ahead, we decided to warm up by playing an intimate, three-nightstand at a venue that’s near and dear to our hearts – the Showbox in Seattle. Well, 2020 didn’t quite turn out as we had planned – but happily those three magical nights last February did, and we’re glad to say that we had them recorded.

Recorded remotely during quarantine over four days in the band members’ respective home studios, the EP collects covers of some of the band’s favorite artists from Georgia, including TLC (“Waterfalls”), Neutral Milk Hotel (“King of Carrot Flowers Pt. 1”), R.E.M. (“Fall On Me”), Vic Chesnutt (“Flirted With You All My Life”), and Cat Power (“Metal Heart”).

In March, Death Cab frontman Ben Gibbard performed a livestream to mark one-year anniversary of COVID-related streams, and hinted that new music would be coming from the band. A Live at the Showbox tracklisting is below.