Home » Features » They Don’t Write ‘Em Like THIS Anymore

Heavy music veterans Monster Magnet just released A Better Dystopia, a 13-track “DIY” covers album featuring fringe and underrated artists including Hawkwind, Poo-Bah, The Scientists and Morgen. We asked MM singer Dave Wyndorf to riff on some “then and now” music and culture musings, and he kindly obliged. Read what he had to say below.

I was a kid in the late ’60s and early ’70s, and believe me, those years were a specific kind of crazy. The shadow of nuclear Armageddon, the war in Vietnam, the Manson murders, Altamont, the Kent State shootings, racial tensions, a steady stream of civil unrest and LSD selling at 50 cents a hit in public schools were just a few of the things that made those times a grownup’s paranoid nightmare. 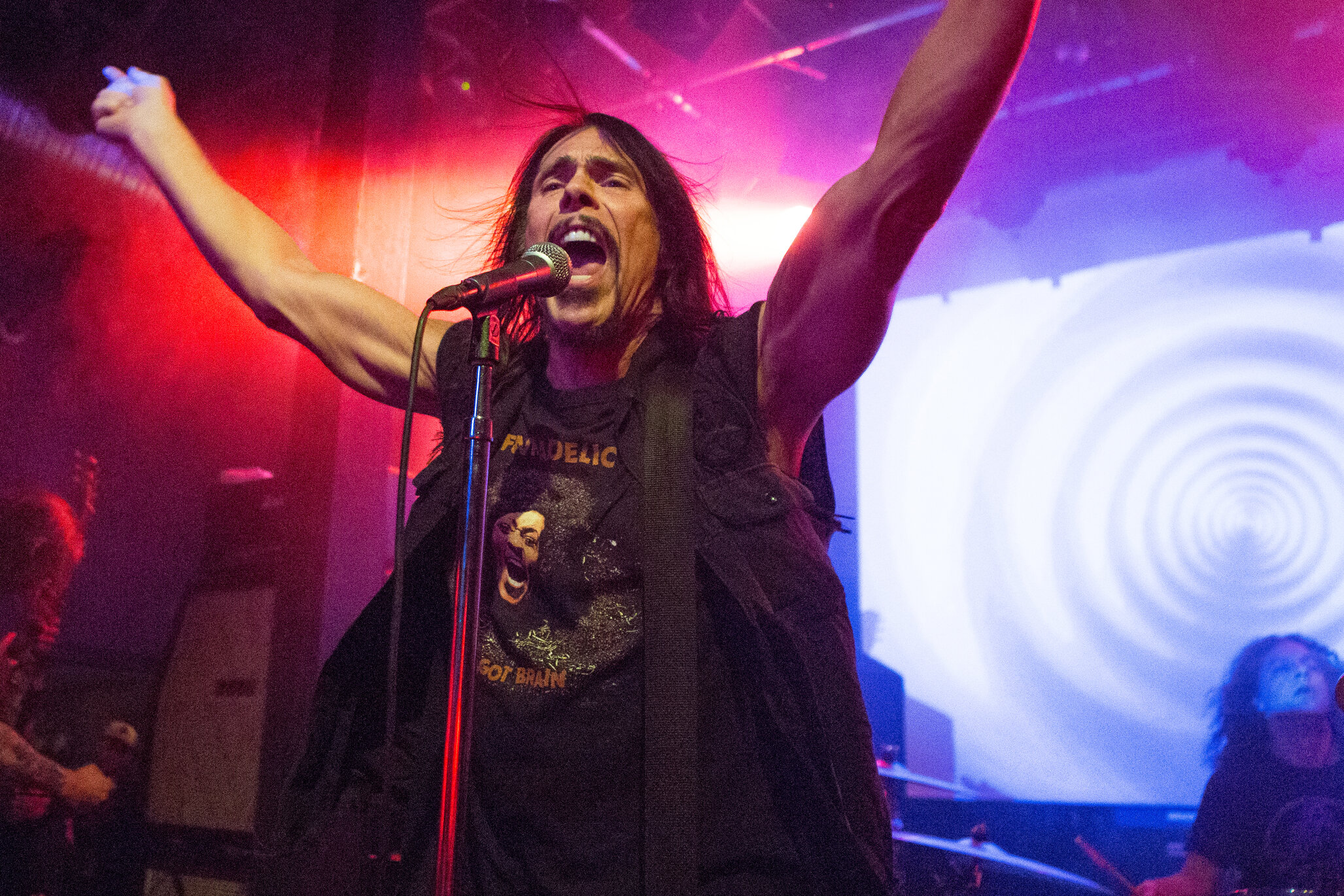 But as I said, I was a young teenager back then and yeah, the world was obviously nuts but it was also filled with brand-new, extremely colorful, and imaginative possibilities if you knew how to dodge the really bad stuff. And all that MUSIC! A real renaissance that echoed the vibes of the times. Markedly new sounds and concepts arrived on nearly a six-month basis. Times were changing fast and the music kept up.

In terms of scope and vision, music seemed way beyond most movies and TV shows. And it was surging. Traditional pop radio couldn’t handle it all, so the music itself forced the concept of “free form” FM and was sold out of the first alternative record stores and directly into the brains of a hungry and growing youth culture who trusted their ears over un-hip record charts.

And that sensibility trickled up.

Even the grown-ups in mass media were poking their heads in, trying to figure out if maybe their children really did have some kind of “answer.” “Tuning in to the sounds” was a real THING and it seemed that music and art were making an end-run around the gatekeepers and going for a mass culture touchdown.

I certainly felt like there was more emotional truth and psychic understanding in songs and albums (and the sounds themselves) than there was anywhere else. Back then nothing else came remotely close. 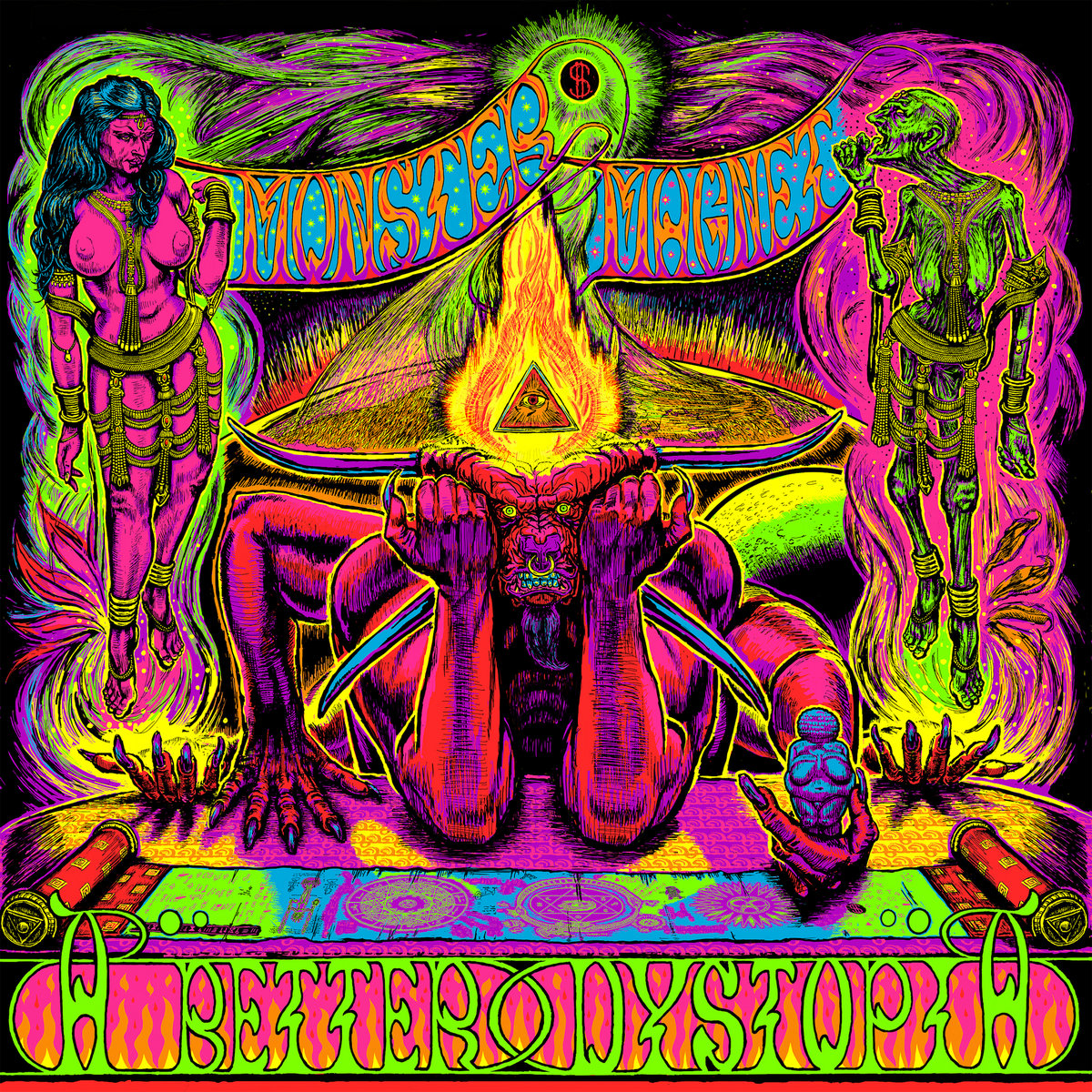 Feeling weird? Scared? Paranoid, maybe? Then own it, man! Make it into something! Get it out there! Well, the music seemed to do all that for me. All I had to do was take some time and listen. And the time did seem available. News and TV had a daily cutoff point. For the most part, they just blacked out around midnight, allowing, even inviting contemplation and dream time. Music time. “Nothing more to see today, kids. You’ll have to make your own fun.”

In my early teenhood (‘69-‘74) music was IT…a prime cultural focus. Music did the talking…for a lot of people. Metaphoric lyrics and just plain insanity were mixed right in with more “accessible’ themes. And why not? The world was bat-shit crazy, so why shouldn’t the music be? Albums were (for better or worse) often as carefully considered as top-flight books and films. Ears were open. Bands took chances.

It was a unique time and it didn’t last long.

By ‘73, terms like “mainstream rock” began to appear as youth culture began to either standardize (with the help of savvy radio programmers) or break off into niches. (the more volatile and eccentric energies unleashed in the 60s and early ’70s had to go somewhere). A lot of it ended up in punk rock, metal and early hip-hop. But the big, crazy experiment was over as the world calmed down a bit and the recording industry re-calibrated.

Hell, if I was born just a few years later I would have missed reaching peak adolescent consciousness during this freaky blip in popular culture, but as it stands those days have informed my sensibilities — musical and otherwise — for the whole of my life.

Fast forward 50 years and we find ourselves in a world where talk and type is cheaper than it’s ever been… in all of recorded history. Music and art have seemed to have taken the back seat these days. Or maybe they’re in a sidecar. Kind of like when people turn the music down at a party because they can’t converse or when crowds of people (even teenagers) look at their phones during a concert. They’re into it…but they’re not that into it. Fuck art, let’s talk, and all at the same time. (Ok, so I’m a bit simplistic, but I’m running out of space.) Sure, people make lists of their favorite jams but they more or less seem be like part of their profiles… an adjunct to their missives.

I sense there’s not a lot of patience for deliberate ambiguity in the minute-by-minute, tribal Internet world. The value of time and context are seen differently. “Tell me EXACTLY what you mean! Right now! And back that up with photos!” Whatever. Maybe this was inevitable. I just feel lucky to have experienced life when music was the zeitgeist.

Now I’m living in another time in which the media roars “Dystopia” “Apocalypse!” “Revolution!” and I’d be a fool if I didn’t notice music’s more (how should I put it?) subtle reaction to our new “end times.” So far it’s so subtle I’m falling asleep!

In March 2020, Monster Magnet was cut off mid-tour by the pandemic and we were restless to play music. I didn’t feel much like hunkering down and writing (touring has a way of amping up the desire for immediate action) so, rather than shilling underwhelming performances on livestreams we decide to make a covers record and share a little obscure rock history.

The result is A Better Dystopia, an album of songs that were all (with one exception) written in that special era I’ve just discussed.  (Check out “Mr. Destroyer” originally by Poohbah, above, and “‘Learning To Die’ by Dust, below.) They were written in and for a society that didn’t have an Internet which offered a way to blow off steam and share information via social media. Attitudes and feelings boiled up into art and action rather than just being expressed in words.

Those crazy times needed that music to be fully understood and I thought they might translate in an interesting way to our current crazy times. I’m sure many would agree with me that more WORDS are not really making anything thing substantially better these days so why not some freaked out psych-rock to get the blood flowing to our (still) ape-like brains?

To me, the songs I chose for this album have a kind of fourth-dimensional hallucinatory vibe that’s almost spiritual in their crazy nature. And they ROCK! That vibe is almost lost in modern music and I for one would like to keep it alive in any way I can. They weren’t chosen for their merit as songs (who really decides that kind of thing?) but more for their “underdog” nature.

This is primal stuff. Most of these tunes were obscure the minute the vinyl hit the shelves. They’re cool songs that not enough people heard. I picked them because they speak to me, they inspired me when I was young and because I think they reflect (knowingly or unknowingly) a paranoid time in history and by the same token deflect that paranoia by owning it fully. That’s something I’m not hearing much from music in TODAY’S paranoid times.