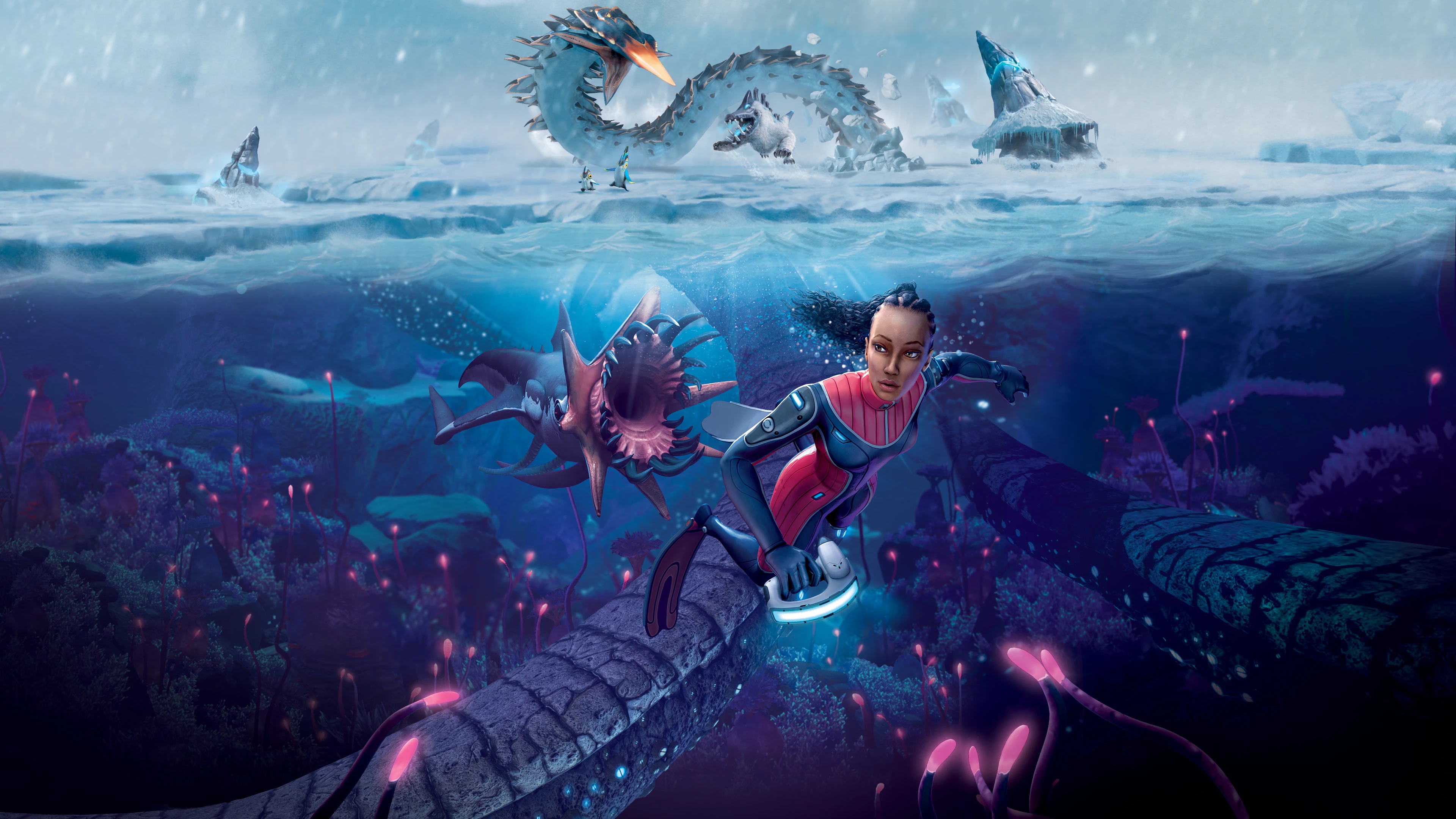 If you’re scared of the ocean, Subnautica and its sequel, Subnautica: Below Zero, almost certainly aren’t for you.

In the original 2018 game, the player finds themselves stranded in the ocean of an unknown planet surrounded by nothing but the darkness of the water around them (and the alien creatures that live in it) as far as the eye can see. In Below Zero, that fight for survival expands to include some icy terrain, harsh snowstorms, and above-ground critters as well — all while providing the same level of wondrous exploration and thorough crafting that fans would expect.

For composer Ben Prunty (FTL: Faster Than Light, Into the Breach), that meant putting a chilly new spin on the original’s sound — particularly since he was a new addition to the Unknown Worlds Entertainment team for Below Zero.

“Getting to work on a game series that I already loved as a player is one of the greatest privileges of my life,” Prunty told SPIN. “I hope that passion comes through to the players when they get to play the full game.”

With Below Zero now available on consoles and PC, SPIN caught up with Prunty to chat about his score, the game, and much more.

SPIN: For a game built on tension and exploration like Subnautica: Below Zero, how do you balance the score to emphasize both the struggle for survival and the sheer wonder that the world can provide?

Ben Prunty: The three main focal points for the overall vibe of the soundtrack were loneliness and isolation, the awe and wonder of an alien world, and the fear of the unknown. Every track that made the soundtrack fulfills at least one of these focal points, some fulfill two, and some all three. For example, safer areas in the game can emphasize wonder and loneliness more, while dangerous areas can go harder on the fear element. We ended up with a total of 50 tracks, so the game’s music has a nice balance of moods.

How does that emphasis on exploration and discovery change the soundtrack compared to something that’s much more linear?

It gives me a lot of freedom to structure a piece in a way that makes sense to me rather than try to fit it into a specific story beat. I made the choice to focus on making a large volume of music — rather than making some kind of dynamic, procedural music system — to fulfill the needs of a vast, non-linear game. Since we weren’t relying on a dynamic music system to manage the ebb and flow of musical accompaniment, I had to make a lot of decisions regarding how often these music tracks actually play versus how much time is spent not playing music at all. A game that emphasizes exploration and atmosphere actually benefits from long stretches with no music playing.

Seeing as Below Zero has some very different atmospheres compared to the first game, how much emphasis went into keeping the score consistent to what people would expect based on the original, while also taking the player to new places?

Since I’m a new composer who didn’t work on the original game, I’m already bringing a new vibe by default — at least to some extent. I had a few deliberate ideas I took from the original game, like electronic percussion, the prominent kalimba, [and] a strong synth presence, and then I melded that with my own style.

Originally, my plan was to have no music on the surface, letting the game rely entirely on ambient audio to set the mood. I was hoping that would convey both the harshness of the surface environment — since the music is abandoning the player — and the relief the player feels when they jump back in the water — when the music returns and kind of reassures the player. Ultimately though, so much stuff happens on the surface that, as the game got further along in development, it started to feel weird that there was no music accompaniment. The game’s world felt less alive. So some of the last music I wrote was a group of pieces to play in the surface areas. To differentiate the surface from underwater, I used less reverb in the overall mix, and tried to use sounds that ‘feel’ cold, [like] harsher synths, higher pitches, and less bass presence overall.

What would you say is the biggest change fans of the first game should expect in Below Zero?

There’s a much stronger story component this time around. I don’t want to spoil anything, but there’s a series of conversations between two characters about what it means to be human and to belong to a community, and it’s really lovely. The devs managed to add all this story without it being obtrusive to the non-linear exploration of the game, which I think is a great achievement in itself.

It’s been almost a decade since your soundtrack for FTL came out and really launched your career as a video game composer. Now that you’ve been doing it for a while, is it everything you hoped it would be?

Making music for games is something I’ve wanted to do since I was a teenager. Before FTL, I had been making music for 12 years and not getting paid for it at all. So now that I get to do this full-time, I feel like the luckiest, most privileged person alive. When I started to get semi-famous for producing game soundtracks, I assumed it wouldn’t be too hard to get fans to be interested in my solo albums that are unrelated to games, but it turns out it is extremely hard to convince people that your solo work is worth listening to. The conversion rate of soundtrack listener to solo album listener is somewhere around 1%. Once you’re known for soundtracks, that’s kind of what you’re stuck with. This was a tough pill to swallow for me, but I’m mostly at peace with it now.

The Soundlings Left Their Mark All Over TV’s Top Soundtracks, Now They’re On to Video Games With Knockout City