Dysphoria Dies at MAGFest: We Are the Union’s Reade Wolcott Comes Out As Trans

Home » Features » Interviews » Dysphoria Dies at MAGFest: We Are the Union’s Reade Wolcott Comes Out As Trans

In the early days of April, Reade Wolcott entrusted me with something she has been keeping secret for years. “The number of people who know right now that I’m trans I can count on two hands,” she says over Zoom.

We are separated by time zones and distance, she’s in L.A. while I’m in Toronto, and while we don’t know each other yet, we know each other’s shared struggle. We are both trans women, and while I have been out for a number of years, this is her coming out as a trans woman.

Wolcott is the songwriter and vocalist for ska-punk band We Are the Union. Formed in Ann Arbor, Michigan in 2005, the band rose through the ranks of punk scenes throughout North America before taking a two-year hiatus in 2013, diving back in with a more earnest and open approach to the stories they told in their songs.

“At that point, my focus was very pro-normalizing talking about mental health,” Wolcott says of 2018’s Self Care, the band’s first post-hiatus record. Wolcott wanted to push the conversation around mental health and open the possibility of taking complex emotions and putting them at the center of a ska song.

“People related to it in a way that I hadn’t seen in the past,” she says of the album’s themes of depression, anxiety and existential crises. 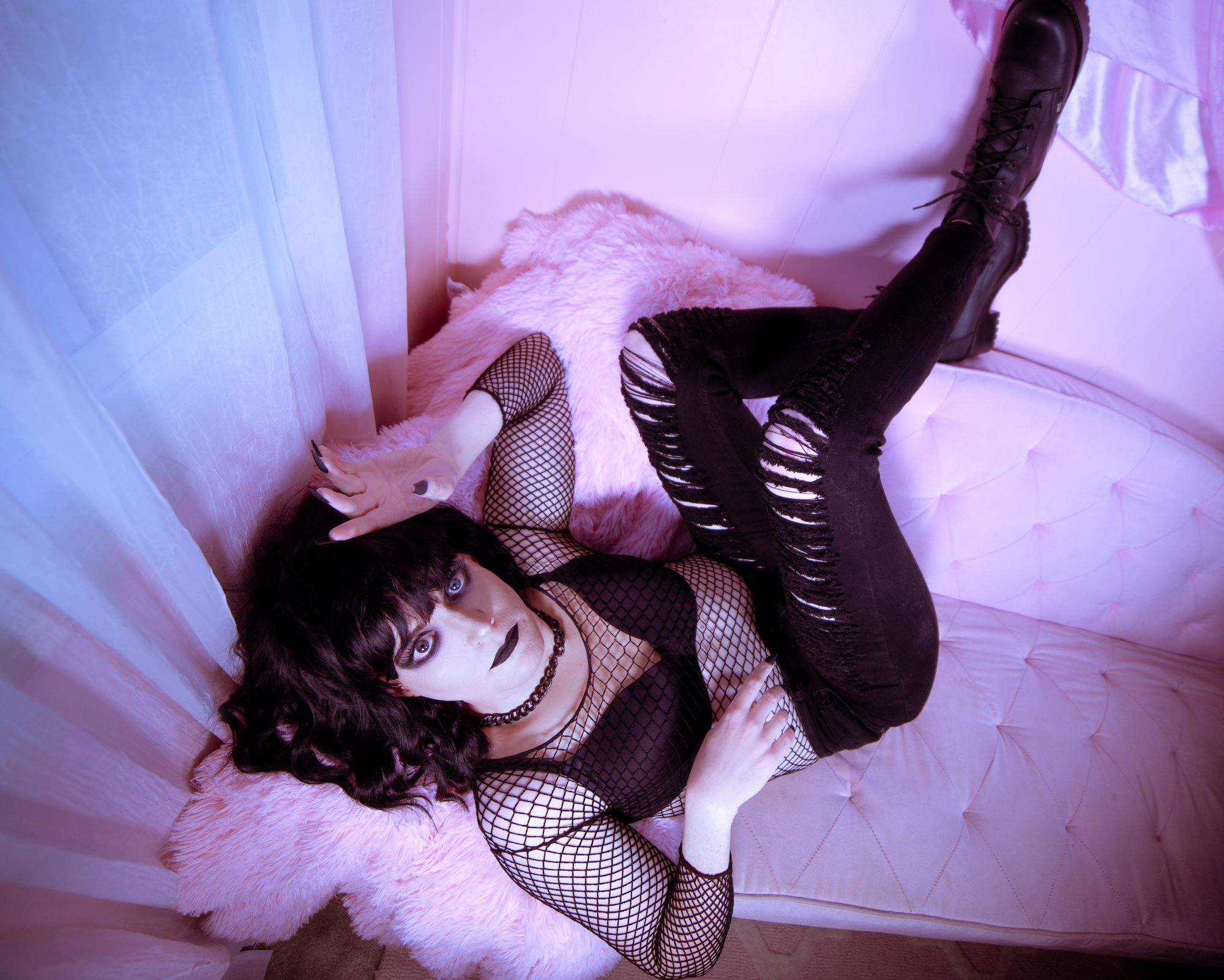 While on tour with Leftöver Crack in Florida in 2018, Wolcott fell asleep scrolling the trans meme subreddit. She woke up with the dawning realization that there was a truth she had been ignoring her whole life: that she was a trans woman. “I remember feeling terrified, beyond my ability to reason,” she says, “the biggest thing for me was the fear for my ability to live the life I want to.”

The fear of what it means to be trans in America left Wolcott with a collection of worries about what it meant for her future, the state of her relationship, her work, and her friendships. As Wolcott puts it, “if I want to live my truth and exist in a way that’s going to make me fulfilled as a person then I have to accept that the majority of people don’t understand my experience and think that I’m somebody who should not exist.”

She told her then-partner shortly thereafter before pushing the idea out of her mind for an entire year. She thought that if she could ignore it, it would go away. But some things just can’t stay buried, and a year later an opportunity arose that would change everything. Walcott was invited to play the Music And Gaming Festival (MAGFest) in Maryland with Skatune Network, the immensely popular project helmed by We Are the Union trombonist Jer Hunter.

As an outspoken non-binary artist themselves, Jer was a portal into a world where living unapologetically open about who you are was the norm. Through the strength of that friendship and the community at the overwhelmingly trans-positive MAGFest, Wolcott was able to unlock what she had been feeling inside. “Not only is gender dysphoria a thing I’ve experienced but the feeling of belonging with this group of people, people who are living their truth,” Wolcott says of her dawning realizations at MAGFest “that weekend was very transformative to me.” 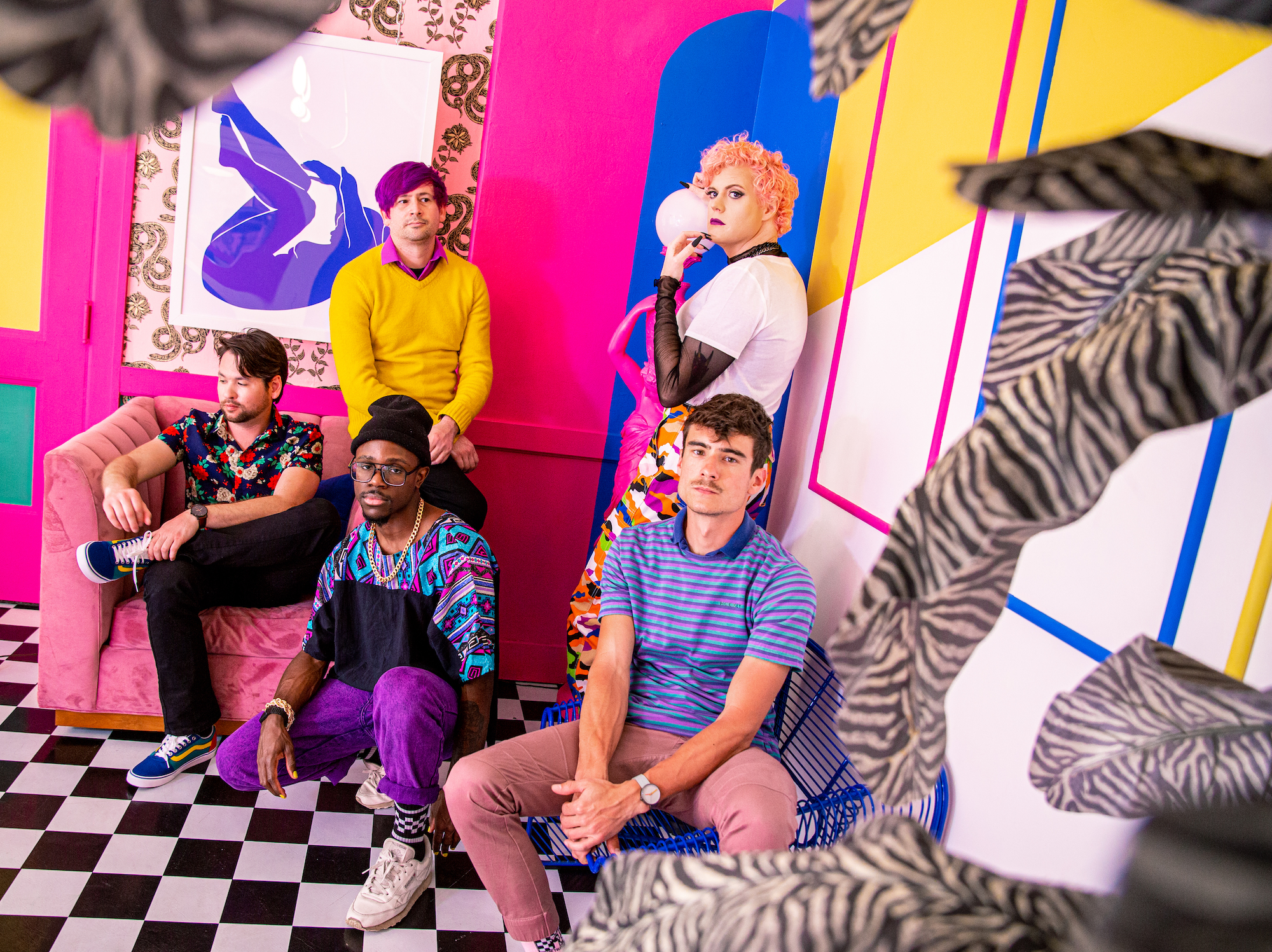 Two weeks later, Wolcott booked an appointment with a doctor who was trans-friendly and after a spell, had her first dose of estrogen in hand. That first experience of having the right hormones introduced to her body was a volume knob on the noise in her brain. In her newly quieted mental state, she could see clearly the things in her past for the dysphoric symptoms that they were. “Everything that I’ve ever sung about, and everything that I’ve ever struggled with mentally is rooted in my dysphoria,” she says. “I go back to the first record being about how we’re unapologetically who we are, we don’t give a shit what society says we’re gonna live our lives on our terms. Well, that was dysphoria.”

Dissociating on stage had long been a common experience for Wolcott. The feeling of being perceived took her out of body and left her fighting her brain to get back into her body and resume control. Being able to name her gender dysphoria put a cause to her symptoms and created an understanding of what it was about being seen that put her at odds with herself. It wasn’t the being visible that was an issue, it was being seen as a false version of herself. That weekend playing MAGFest (“like Burning Man for indoor kids,” she quips), being able to be on stage and be safe and welcomed as who she is marked a fundamental change in how she was able to find herself.

“That was the first time that I really experienced a feeling of self-acceptance,” Wolcott says. Photos and video footage from that weekend capture a changed woman — she is rarely seen on stage without a huge grin on her face. “It’s so palpable looking back on that weekend that this was going to be the way for me.”

Coming out and accepting herself led to the writing of Ordinary Life, a deep and powerful record that explores Wolcott’s coming-to moment with her gender identity. A natural extension of the groundwork laid in Self Care, the songs on Ordinary Life are an emotional journey that started inauspiciously in the bunk of that tour bus just outside of Jacksonville, Florida in 2018.

Ordinary Life is a celebration of Wolcott’s identity as a trans woman, a snapshot of a moment where someone sees themselves for the first time and unearths the language to properly express everything left unsaid for so long. As Wolcott sings on the lead single “Morbid Obsessions” “every thought feels like a confession…if I get one life, I’m gonna do what I want.” The record captures her relationship to mental health struggles amongst the newfound triumphant mundanity of trans life. On “Wasted,” she sings “please inject me with iced coffee and estrogen” as a new control method for dreadful self-destruction.

Being able to be free with herself also allowed Wolcott to open up in her work. “Once I decided okay, this is gonna be my coming out, this is going to be my moment to really live my truth. That was the moment that I started to be a lot more free about songwriting,” Wolcott says, “and the freer and more vulnerable I got, the more outside the box the songs got.”

The album wraps with “December,” a farewell letter from Wolcott to her old self, letting go of the past to move on in the present, where she sings “there can’t be two of us forever.”

Towards the end of our conversation, I asked her what she hoped would happen with her writing a record so explicitly about her identity. “I don’t want anyone to have to realize at 31 or 32 that they’re trans and have to go through what I am going through,”

Wolcott says that “my hope is, through my story, through other artists creating and through all of us supporting each other that we can normalize the queer experience and normalize the trans experience to where we don’t have to go through all the difficulty that all of us have gone through. I think every queer story should be told, and every trans story should be told until we get to the point where I want them to be boring.”

I ask her how it will feel to have someone reach out and tell her this record helped them in some way. “I would love nothing more than to inspire anyone to live our truth in any form” she responds. “In the face of my cynicism about the country politically, that’s kind of why I said, fuck it. I’m gonna do this anyway.”

Ordinary Life is out on June 4. Pre0order the album here.

reade walcott, we are the union