No-holds-barred comedian Ziwe is getting her own variety show 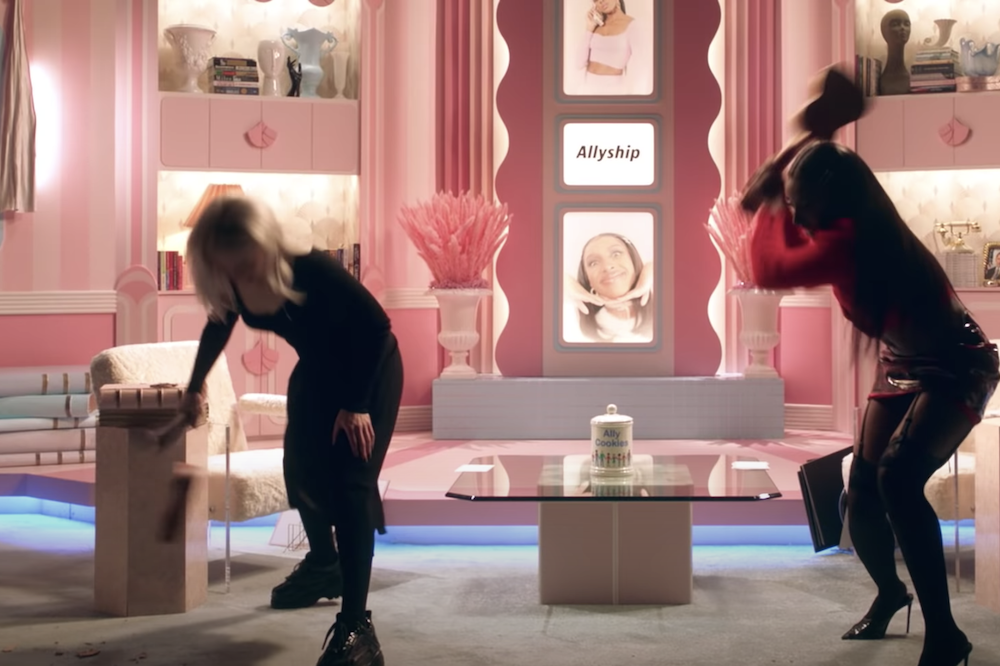 Apparently guitars aren’t the only instruments Phoebe Bridgers smashes. The singer-songwriter is featured in Ziwe’s trailer for her upcoming eponymous variety show, where both badass ladies ferociously smash ukuleles.

Ziwe made a name for herself during quarantine with her Baited Instagram Live series, and she’s taking her no-holds-barred brand of comedy to the silver screen with a series that features “musical numbers, interviews and sketches that challenge America’s discomfort with race, politics, & other cultural issues.”

The trailer also includes appearances from a bunch of other funny people like Jane Krakowski, Bowen Yang, Fran Lebowitz, Patti Harrison, and Cole Escola. ZIWE is set to premiere May 9 on Showtime. Watch the trailer below.

Bridgers famously smashed her guitar during her debut appearance on Saturday Night Live earlier this year. The stunt garnered backlash from 79-year-old David Crosby, whom the 26-year-old rising star succinctly called a “little bitch.” However, she also received praise from a much more relevant source. Dave Grohl raved about her performance and reflected on his own onstage antics with Nirvana and Foo Fighters.

Check out the auction and make your bid here.