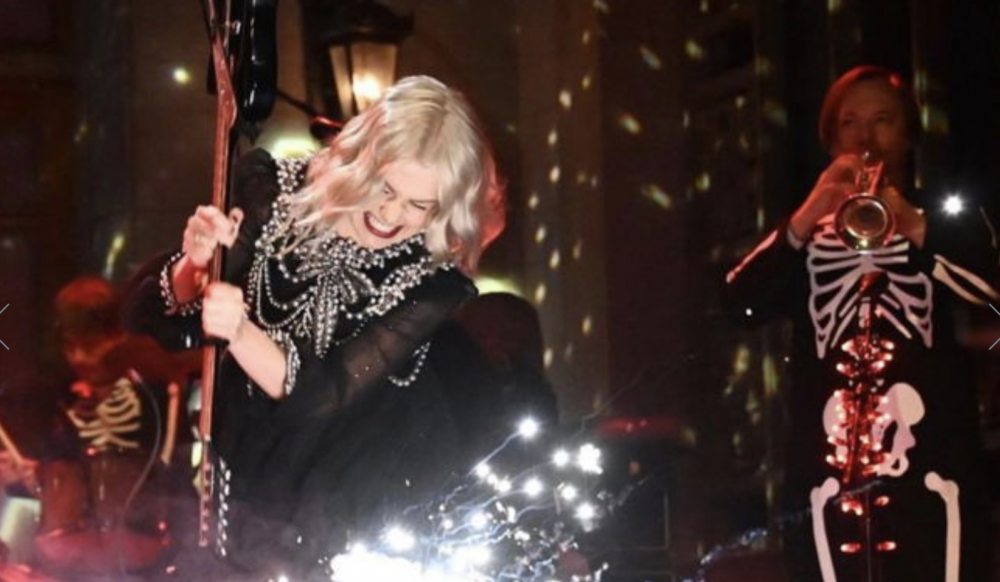 Phoebe Bridgers, indie darling of the pandemic, is now a card-carrying rock god.

The 26-year-old’s black Danelectro Dano ’56 — the guitar she smashed on a fake amp at the end of her debut Saturday Night Live performance — sold for a whopping $101,500 at a GLAAD Media Awards auction ended bidding on Sunday, April 11.

It’s the first time an item has ever fetched more than $100k at one of GLAAD’s online auctions, a representative tells SPIN, making it one of the most prized items the media monitoring nonprofit has put on the block in its three-decade history.

“[On Saturday night] I was kind of hoping we would get to 25,” GLAAD’s supervising producer Anthony Ramos told Variety. “Then I woke up [on Sunday] and it was 40, then 50, then 80, and finally over 100. Obviously, we were very pleasantly surprised. I’m so thankful someone wanted to support our work and wanted that guitar so badly.”

At the 32nd Annual GLAAD Media Awards, Bridgers, who identifies as bisexual, was nominated in a new award category for Outstanding Breakthrough Music Artist, which recognizes “LGBTQ artists who have achieved a breakthrough in the music industry and whose songs, music videos, or live performances have made a significant impact on LGBTQ visibility and acceptance.”

When she performed on Saturday Night Live in February 2021, one of her only detractors was — of all people — one of her musical heroes, David Crosby, who posted numerous criticisms of the performance on Twitter, including that it was “old, wrong, copy cat… looks angry, destructive, wasteful, pointless.”

But it seems that Bridgers got the last laugh.