Mike McCready, one of the most underrated guitarists of the past 30 years, should be celebrating the one-year anniversary of Gigaton out on the road. But fans all know what happened there: Pearl Jam was one of the first bands to postpone a tour at the onset of the COVID-19 pandemic — as bassist Jeff Ament told us last year, they had to act quickly and decisively.

But McCready hasn’t been sitting idle during his pandemic year. Like his bandmates, he’s had the chance to work on other endeavors, like launching his own limited-edition signature Fender guitar. It’s based on McCready’s 1960 Stratocaster, which he thought for years was a 1959 model, the one his hero Stevie Ray Vaughn played. McCready says his Strat is the first thing he bought when the band took off in late 1991. This version is a replica of that guitar, down to every single detail, curve, and even includes its scratches. He loves that thing so much that he even had ’59 tattooed on his wrist. 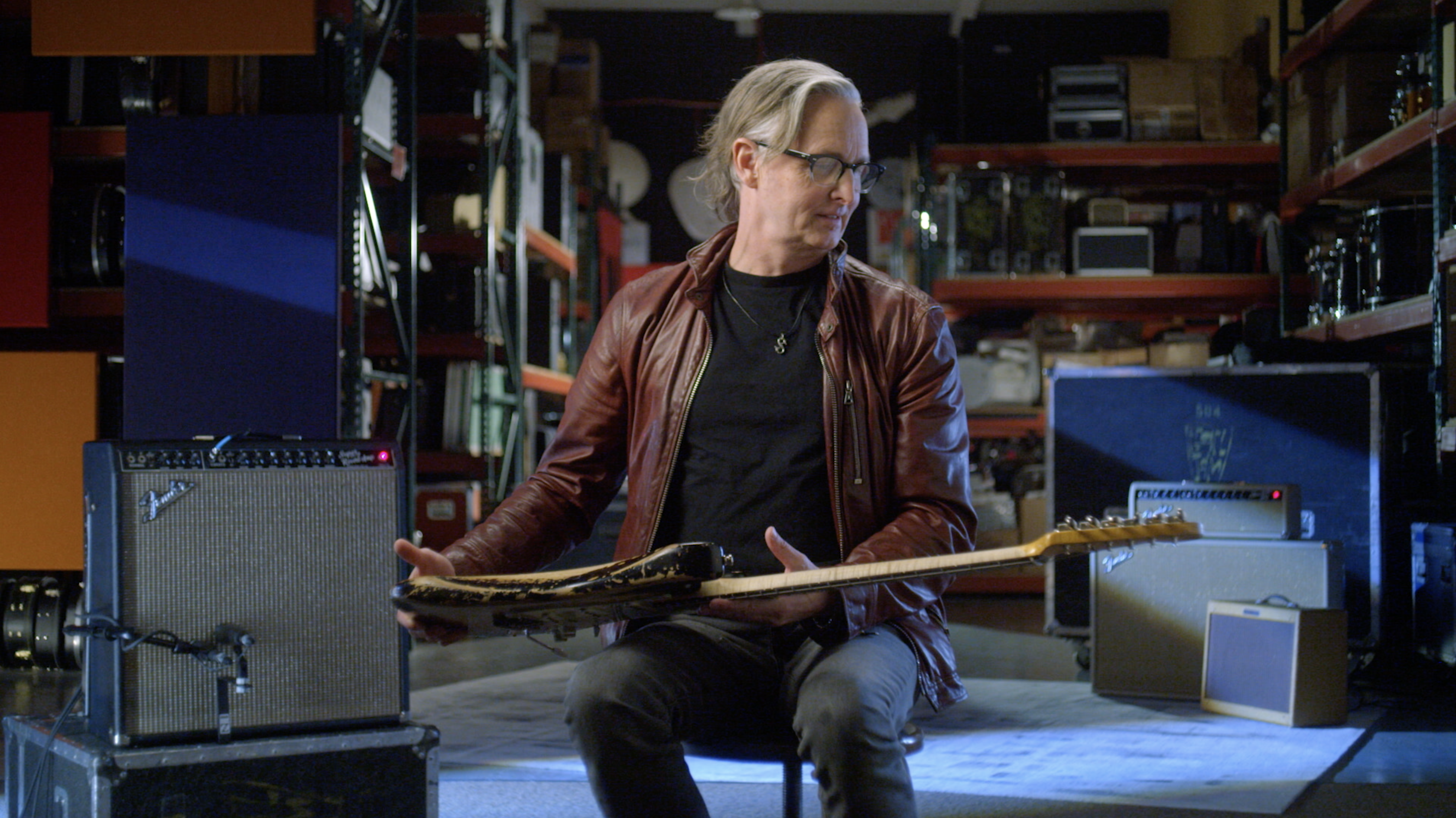 Looking back, McCready, understandably, was disappointed about not being able to tour behind Gigaton, easily Pearl Jam’s most sonically challenging album in years. The band had a few rehearsals scheduled to work out the kinks before heading to Toronto to launch the tour. But as McCready says, until the band got on stage, it was tough to know which of the new songs could work in a live setting.

“I was so ready to see what was going to work,” he says. “Was ‘Dance of the Clairvoyants’ gonna work live? Could we pull that off? Could we pull off some of the stuff that’s on that record? You never know until you start playing.”

Even as other tours and festivals continue to be steadily rolled out, McCready says Pearl Jam’s dates are very much in flux — even during their recent Zoom chats, they aren’t sure when they’ll be together onstage next.

“I feel out of touch musically with them because I haven’t played with them for so long,” he says. “I’m sick of just playing by myself. I do that a lot. I learned how to do GarageBand.”

That doesn’t mean that the band didn’t commiserate at all. Like everyone else, Pearl Jam got quickly adept at using Zoom and would often conduct band meetings through the conferencing platform. But if you’re hoping to hear new Pearl Jam tunes soon, don’t get your hopes up too much. McCready said that on these calls, the band would mostly discuss politics and their voter turnout campaign. “It’s all we talked last year, and most of the past four years, actually,” he says.

Despite the lengthy absence, McCready has been working on new music by himself and recently composed a new tune that he sent to Matt Cameron, who put drums on it. Otherwise, the band members have been focusing on solo and side projects, with Ament releasing a solo EP, Stone Gossard finishing up the first Painted Shield album (and reforming his Loosegroove label) and Cameron putting out a garage-psych record with Foo Fighters drummer Taylor Hawkins. But that doesn’t mean McCready isn’t sitting on material for Gigaton‘s follow-up. (He is.)

“But it’s never as exciting as when you’re playing with someone else,” he says. “I saw Jeff two weeks ago, and we were talking about how much we just miss playing with each other and other people. We’re in a position where we were lucky, and I want the young bands and singers and songwriters who need to go out there and make money to do that. The same with the clubs. That’s more important than me whining about me not being able to play something on Gigaton.”

Like everyone else, McCready understands the gravity of the pandemic, but he can’t wait until he can let loose onstage, especially with Pearl Jam’s seminal debut turning 30 this August.

“There’s something to get out of the interaction with other musicians that I don’t have right now,” he says. “And I’m dying for us to go back on the road and play some shows.”