The latest from People Can Fly and Square Enix is out now. 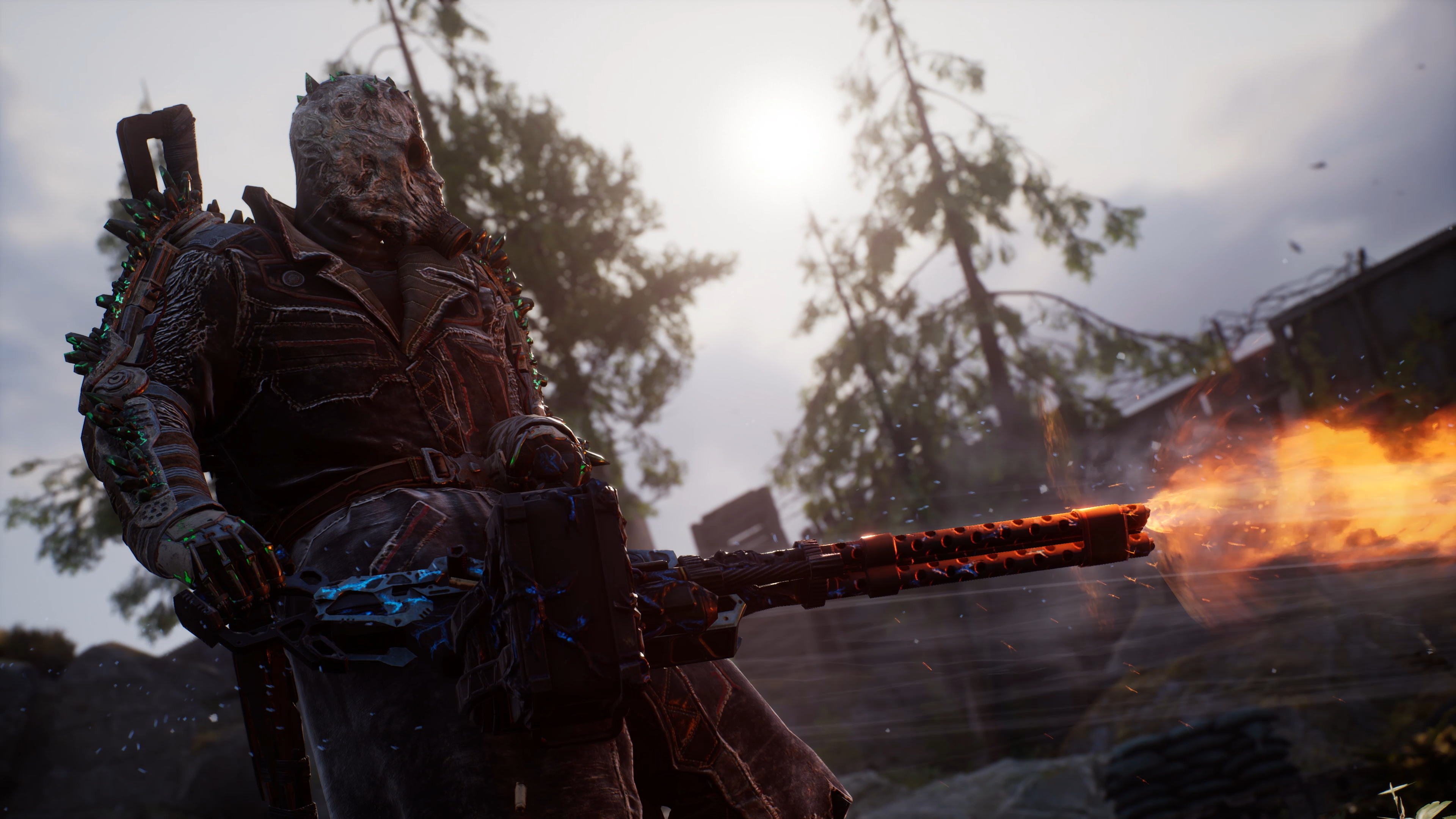 If there’s one game that’s surprised a lot of people in this new console generation (other than Astro’s Playroom), it’s Outriders.

Written off by many as “just another looter-shooter” set in a futuristic apocalypse scenario (one brought on by climate change instead of Terminators or easily-transmitted respiratory viruses), the latest title by the Polish Gears of War veterans at People Can Fly didn’t necessarily get much fanfare leading up to its release last week.

But what they lacked in press coverage, the team made up for with entertaining gameplay and deep customization that surprised a lot of tepid strangers on the internet. Unlike other recent titles that have been criticized for releasing in half-finished states, the improvements Outriders showed between its demo release in February and April 1 launch are astounding. When the biggest issue a new game has these days is that the servers struggle to handle the hundreds of thousands of players attempting to get on to the game at the same time, things could be a lot worse.

SPIN took a break from partying up to demolish hostiles with our customized guns and superpowers to chat with creative director Bartek Kmita and lead game designer Piotr Nowakowski about the successful launch of Outriders.

SPIN: For those who know nothing about it, what should people expect from Outriders?
Bartek Kmita: I think it depends on what the player is looking for. Some people can expect fun shooting and gameplay, some people can expect a cool story with some surprising plot twists, and some others will be intrigued by the endless loop of finding the best items. Everyone will look for something different, but I also think there will be players who can put all those things together and enjoy the game as the complete package, where they will be interested in a great story, fun gameplay and quite deep RPG mechanics.

With an industry flooded with action-heavy loot-based shooters, how did you focus on making Outriders a unique experience?
Piotr Nowakowski: Outriders is not just a looter-shooter, it’s an RPG-shooter. We have a deep and flexible character-building system, a story-led campaign, and aggressive and intense shooter combat that lets players use their powers as much or even more than they use their guns — if they want to. I will say that I’ve never seen so many choices in a looter-shooter game, and that’s the key. It’s different, and a lot of players who played the demo are saying that, indeed, there is no single [direct comparison]. People like to compare to other games to understand what the game is, but there is no single answer. It’s our own creation, and we feel it really works well.

How does your previous experience with over-the-top action series like Bulletstorm and Gears of War factor into the development of Outriders?
Kmita: Without all of our previous experience, it would be impossible for us to do this kind of game. We learned a lot about how to make games that use cover and don’t use cover at all. Thanks to all of these experiences, we’ve been able to design it so the player can decide how they want to play and how aggressive or how passive they want to be while playing.

Seeing as the game is on both the previous consoles [PS4 and Xbox One] as well as the new ones [PS5 and Xbox Series], what’s it been like to develop a game for two generations of consoles at once?
Kmita: The biggest benefit is that we can reach a larger audience. With crossplay, we can finally give a game where the platform doesn’t matter, and the players can all enjoy with their friends. That’s amazing for us. But even shipping the game on just one platform is hard, so shipping the game on all platforms is even more difficult. We have to be mindful of performance, as a smooth gameplay experience is the most important for us. We had to make some concessions to keep a steady framerate, such as our 60 [Frames Per Second] gameplay on next-gen has to be 30 FPS on the older consoles in order to keep everything playing smoothly.

When most online games release a demo, it’s out for like a weekend and then goes away, whereas yours has been up for months, and it’s had people spending dozens (or hundreds) of hours grinding on it. What do you think made the demo such a hit?
Nowakowski: I think what makes the demo so successful is that it’s fun and there are a lot of things players can do, like spend time gathering items and trying to perfect their builds. Even after spending hours, players are still discovering things that are really interesting and satisfying.

Is there anything else you’d want people to know before they check out the game?
Kmita: I think the demo speaks for us better than we do. If anyone still has hesitations about the game or thinks that Outriders is just a clone of other games, I would encourage them to download the demo. It’s free, it will stay available, and players’ progress will carry over if they buy the full game.

Little Nightmares II Isn’t a Standard ‘Horror’ Game, Nor Does It Want to Be