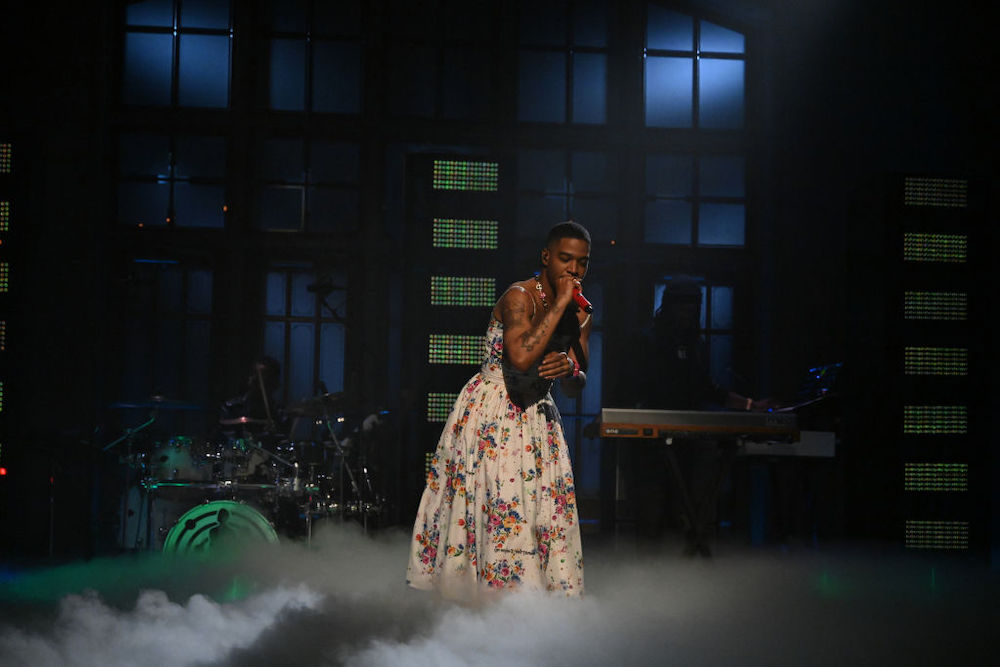 Kid Cudi quietly paid homage to Kurt Cobain during with his wardrobe choices on Saturday Night Live last night. The rapper played two cuts off his latest album, Man on the Moon III: The Chosen, and during his first performance (“Tequila Shots”) wore a green cardigan reminiscent of Cobain’s famous MTV Unplugged sweater. The outfit also paid tribute to Chris Farley with a t-shirt donning an image of the former SNL cast member.

For his second performance (“Sad People”), Cudi sported a long, floral dress. The bold choice was a nod to the dress Cobain wore during a 1993 photo shoot with UK music magazine The Face.

The tribute was well-timed, as this week marked the 27th anniversary of the Nirvana frontman’s death.

Cudi has long-admired Cobain and last year got a photorealistic black and white tattoo of the grunge icon wearing a Daniel Johnston t-shirt. “I try to use [Cobain] as my muse whenever I can,” he said in a past interview with GQ.