Home » New Music » All Eyes On » Isaac Dunbar Is Limitless

“As long as the music evokes a feeling in somebody, that’s all that matters,” Isaac Dunbar tells us. “I know music has done a lot for me. Sometimes I have no idea what a song is talking about, but I still connect with it. And I just play it in the soundtrack of my life every single day.”

The fourth-grader studied YouTube tutorials, tinkering with synthesizers and software until he was finally able to mimic the heavily distorted melody of Gaga’s pulsing single, “G.U.Y.,” produced by Zedd.

This new ability, to replicate his favorite songs from his childhood bedroom, opened his world.

“I taught myself how to make any sound that I wanted digitally … it just took a lot of trial and error,” Dunbar, now 18, tells SPIN over the phone from his Massachusetts home. “It was a lot of electronic dance records and techno. I was really inspired.”

So inspired, in fact, that he began creating his own genre-busting music as a young teen, laying smoldering pop vocals — think Troye Sivan, with more teeth — over bouncing hip-hop beats and producing the tracks himself. Mounds of hype slowly gathered: His sultry single “Pharmacy” was featured by famed U.K. DJ Zane Lowe in 2019 and he was highlighted by MTV PUSH later that year.

Now, the confident and chameleonic artist is signed to RCA Records and ready to turn more heads with his third EP, an impassioned, playful and sinisterly hook-heavy project called Evil Twin, released in February. The EP, born from a canceled tour and pandemic isolation, expands Dunbar’s sound even further, dabbling in industrial metal, ‘00s pop-rock and an elevated emotional cognizance that even has premier balladeer Sam Smith reaching out. More tunes are due out later this year.

We recently caught up with Dunbar, who is soon moving from his parents’ house to the Lower East Side Manhattan — also where Gaga cut her teeth — to be closer to the action. See what the blooming artist has to say about his latest songs, influences and complicated relationship with TikTok. 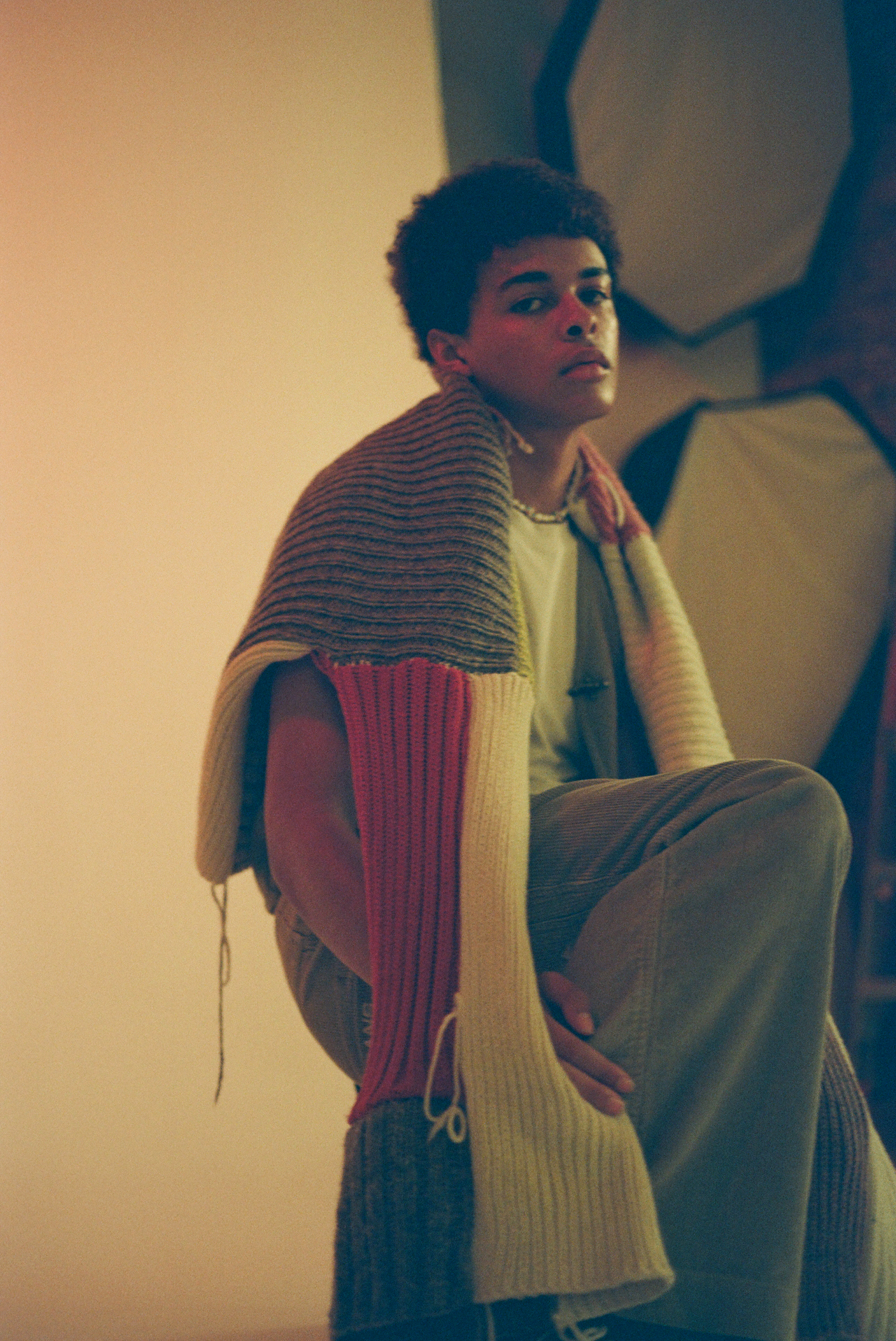 SPIN: Do you think Evil Twin would’ve happened without COVID-19 ruining your touring plans?
Isaac Dunbar: No, it would be a completely different body of work. If I weren’t in these circumstances, if I weren’t in these times during this very moment, those songs would not come out. I wonder how my sound would be if COVID did not happen. The way that I approached this record was quite different from my previous work, working with producers via Zoom, sending me instrumentals they made and I might rework an instrumental, completely strip it down or only take elements of it and make it my own. It was very different from the normal in-person collaboration.

Can you take us back to your breakthrough hit, 2019’s “Pharmacy,” and what it was like blowing up as a sophomore in high school?
I was excited and nervous and I felt like a pop star. Looking back at it now, I think I was quite naive and I was very starry-eyed. And [the song] premiered on The Zane Lowe Show when I was in homeroom and I almost pooped my pants. It was crazy.

While you consider yourself a pop artist, that’s such a wide net, especially as young songwriters push the genre’s boundaries. What does pop mean to you?
It’s always changing, but the way that I approach pop music, it can be anything as long as the message is clear in the music, it’s confident, and I don’t know, it’s catchy.  Especially now with TikTok. You go on the radio and every song you hear is because TikTok made it famous. Like Fleetwood Mac’s “Dreams” becoming famous again. So I view pop as anything, even if it’s obscure, it can be whatever you want it to be.

Your single “Pink Party” is a perfect example: You can call it pop, but it features a bunch of experimental and aggressive elements. Where did it come from?
That one was really fun to me. The whole song started from the chorus. I pitched down my vocals and I thought it was the coolest thing ever. So I based the whole song around that. The lyrical meaning behind the song was inspired by my first time going to a club in Paris. They didn’t ID me. I was like 16 at the time. And I got into this really cool sort of pink party. Everything was decked out in pink, all of the decor at the club. And I had glitter on my cheeks because it was Halloween and you had to have a “costume.” So the whole thing was inspired by this little night that I had out in Paris. It was my first time doing anything and it was really life-changing — it really broadened my mind, it was quite transformative.

Are there artists you love who skew darker or have more of that abrasive sound?
Totally. SOPHIE, Arca, umru. I listen to a lot of Aphex Twin, Massive Attack. I’m inspired by everything. Especially Sophie and Arca with the metallic feel to the music. It sounds like a factory almost, or like gears grinding, but in the most musical way.

Then on the other end of your spectrum is “The World and All Her Pearls,” which is this very emotional, downcast ballad.
That’s the only record on the EP that I wrote and produced completely myself. I was totally inspired by the string arrangements. I am a sucker for string arrangements and scores and all things orchestral. The song just feels like the end of a book. And I thought it would be a great way to end Evil Twin. And I find that it has a perfect balance between obscurity and commercial appeal. I’m really proud of that song.

Can you say who it’s about?
It’s about me, in a way. Well, the song is about so many things into one. If I were to give it an umbrella meaning, it’s just about my inner turmoil and agony. When I wrote it, at the time I had a crush on somebody and everything was going wrong in my life. And the whole thing is just a beautiful mess.

You mentioned TikTok. Do you feel pressure to be a “personality” on the platform and promoting your music there, as so much blows up there?
I have a complicated relationship with [TikTok]. I love going on it and exploring what other people are doing with the space, and I love how it has given creators, especially young people, a lane to express themselves and do all sorts of unique things, but when it comes to myself, I find it can be a tricky way to share music. When I am creating songs they are often meant to be experienced as full bodies of work, sharing them on TikTok means people only hear snippets of them. So, I am often torn, I love that I can tease out things I am working on, but then I do hope that people will spend time listening to the whole track as it was intended to be heard.