It’s a well-known fact that COVID-19 changed the world – in, perhaps, the worst way possible. Thankfully, it seems as though we’re tip-toeing out of the woods and into a variation of normalcy. As far as silver linings go, it’s quite possible the pandemic inadvertently gave rise to some awesome alternatives. In the world of socially distanced concerts, Encore Drive-In Nights provide a brand new entertainment experience pioneered in the COVID-era and primed to thrive in a post-pandemic world.

“The pandemic has taught us that there are new avenues for live entertainment,” CEO of Encore Drive-In Nights Walter Kinzie said. “And this model is one of the safest and most innovative options for world-class, fun events for the whole family.”

Encore Drive-in Nights’ inaugural series in 2020 showcased megastars like Garth Brooks, Metallica, Blake Shelton, Gwen Stefani, and Kane Brown. By broadcasting one-night-only shows brimming with superstars at outdoor venues, Encore Drive-In Nights not only provided a much-needed taste of live concerts for music fans, but they also stumbled upon a system that would work effectively in a post-pandemic world. What’s more, the event’s massive success breathed new life into a seemingly forgotten notion – that live music can foster a deep human connection.

“Artists can now connect with [their] fans in a completely new way,” Kinzie explained. 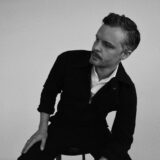 Encore Drive-in Nights returns in May for the kickoff of year two. On May 22, none other than Rock & Roll Hall of Fame band Bon Jovi will kick off the event, and the never-before-seen concert will be broadcasted at venues around the world – including approximately 300 drive-in and outdoor theaters across the United States, Canada, Ireland, and select indoor cinemas around the globe.

“Bon Jovi is a global icon, and we’re so happy that the band will be launching our 2021 concert season,” Kinzie said.

With ticket grosses well over $1 billion in the last decade alone and a performance history that spans almost 40 years and more than 50 countries, Bon Jovi is an uber-successful rock band that defines quality entertainment. Now, Encore Drive-in Nights has quite literally brought rock royalty to a theater near you.

“There are millions of fans who don’t usually attend live shows, whether it’s because they live far away from the big touring arenas or because of the cost,” Kinzie said.

These shows will enable fans who live outside of traditional tour stops to enjoy concerts by their favorite acts in ways that were never before possible. Presented by a leading event production company, Encore Drive-In Nights’ creative concept was made possible through partnerships with drive-in and outdoor theaters all around the world. What’s more, a distribution agreement with Trafalgar Releasing – the global leader in event cinema distribution – allows fans without an outdoor venue nearby to have an amazing concert experience at their local cinema. Essentially, live music and the human connection it encourages will be almost universally accessible again.

Tickets to the Bon Jovi bonanza go on sale April 29 at 12:00 PM ET. If you’re wondering how a broadcasted concert qualifies as “live” music, remember that what makes live music so significant is the unique experience it provides and the community and interaction you feel with other concert goers. No one else will ever hear or see or feel exactly what you did in those moments. Encore Drive-In Nights and Bon Jovi are primed to provide a variation of that cathartic, deep, and exhilarating experience all while striving to keep you safe. We may not be completely out of the woods yet, but with modern new ideas like Encore Drive-In Nights, we’re halfway there.