The alternative pioneers' seventh studio album is out June 11 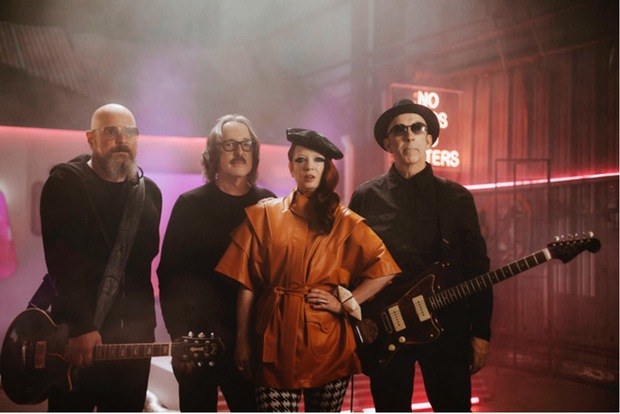 Garbage might only be happy when it rains, but they certainly pleased a lot of fans today by releasing the title track for their next album, No Gods, No Masters. It’s not the first track off the band’s seventh album (out June 11 via Stunvolume/Infectious Music), but the new track provides a more complete look at the band’s latest project following last month’s “The Men Who Rule the World.”

Inspired by a trip to a rioting Santiago, Chile by frontwoman Shirley Manson, “No Gods, No Masters” is rooted in an appropriate place given the current discontent in American culture as well.

“We were driving down the street, and the whole city was covered in graffiti,” Manson said in a statement. “The beautiful people that I was with said, ‘But why are you so shocked? We’re protesting human lives and you’re more shocked that property and buildings and monuments have been hurt here. Human beings are being hurt, and this is what you must focus on.’ That was like a slap in the face.”

For Manson, that exchange in Chile reminded her of the near-constant debate over confederate statues and memorials in present-day America.

“All these people, they have more value than a monument to slave traders, but they don’t have more value in the consciousness of society, and I think it’s devilish and obscene, and I want power to be dismantled, and a society re-imagined,” Manson continued. “So, this song is about re-imagining our society for the future, for our children and not making the same mistakes over and over again and allowing greed to corrupt our thinking.”

For more on Manson, drummer-turned-producer Butch Vig, and the rest of the band, check out our interview with the vocalist from August of last year.