Gallant Is Leaping Into Musical Freedom 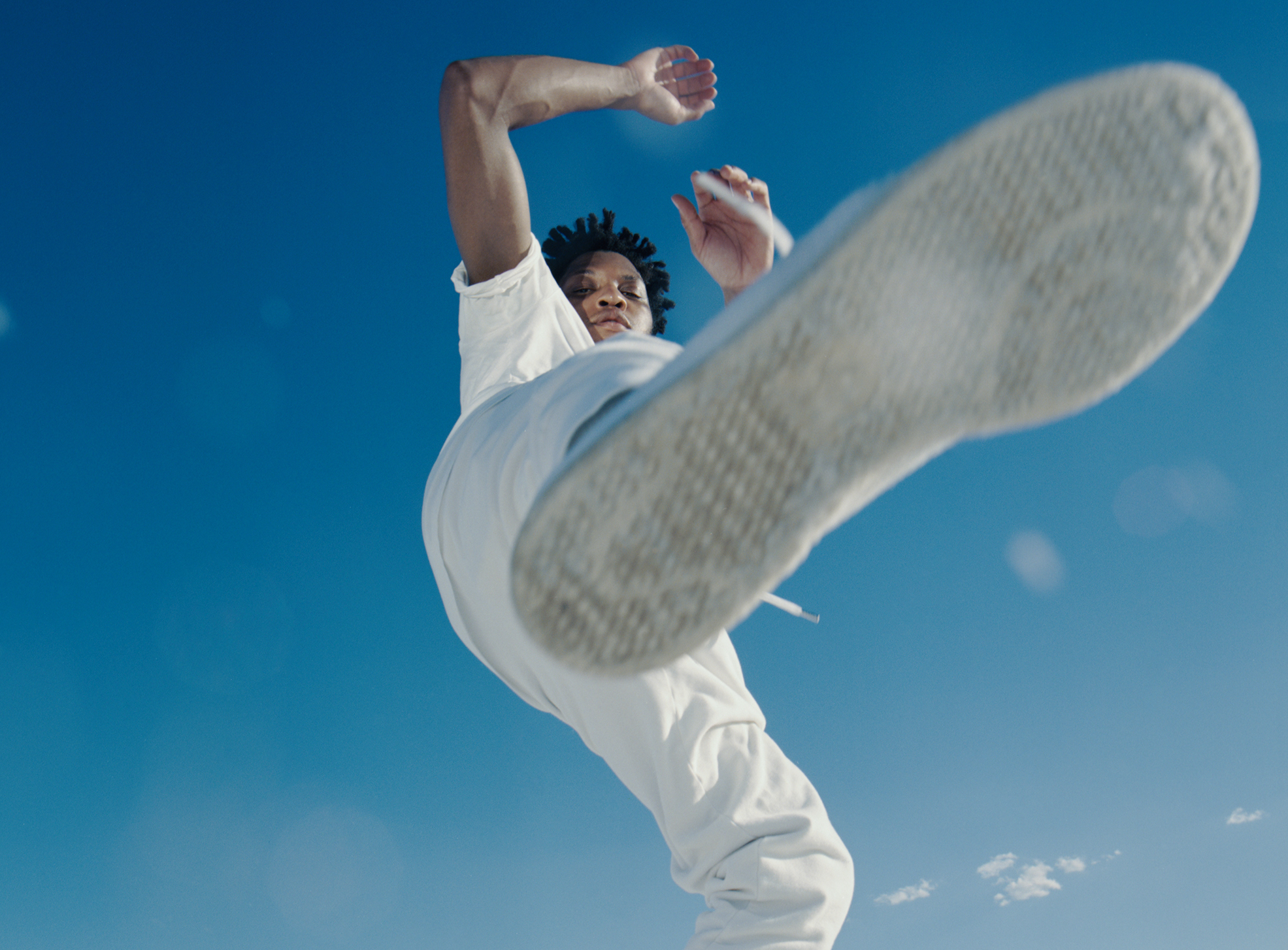 Gallant works right up to his deadlines.

As a newly independent artist, it’s clear the R&B singer wants his reemergence to be perfect. “I’m still going through mixes the day before it’s supposed to go live on Spotify,” Gallant tells SPIN of his new Neptune EP.

During our chat over Zoom (he’s stationed at his parents’ Maryland home), the artist reveals he’d been tinkering with the EP as I was listening prior to its March 26 release. Being an introverted person, Gallant completely throws himself into his music. It’s a passion that couldn’t remain stifled under a mainstream umbrella.

Born Christopher Gallant, the artist signed with Warner Records in 2016 — the same year as the release of his Grammy-nominated Ology debut. In 2019, he followed up with Sweet Insomnia but soon realized that something was off with his label connection. Neptune is the culmination of those feelings.

“It started with ‘Relapse,’ which was the first song that I wrote from realizing that the label thing wasn’t working out,” he says of the EP’s title origin. “I knew that [the EP] was going to be a really internal record where I’m going over past mistakes, try to atone for things I’ve done wrong, and then trying to find my footing again. I paid attention to little space references that were coming to my head.”

He continues: “I didn’t want to dive too deep into the isolated part ‘cause it wasn’t just a quarantine project. But the title matched the somber introspection of it all and magically made sense.”

From the forlorn “Relapse” to taking steps to heal on “Chemical Romance,” Neptune signifies Gallant’s next chapter of musical freedom.

SPIN spoke with Gallant about his decision to be an independent artist and R&B’s mainstream resurgence.

SPIN: It’s a ballsy move for artists to leave that mainstream cushion. Why did you decide to go independent?
Gallant: When I started making music in the first place, I felt like I was an outcast because I’ve been trying to fit into the mainstream culture and do things that would be commercially successful. It was apparent that I just wasn’t fitting in. With the lyrics that I wanted to write, the people in the studio would look at it like it was garbage and like I was crazy. You know how people are. They like to tell you, “In order to do this, you got to do that.” Whether or not they have experienced it.

They want to place you in a certain mold.
Yeah, exactly. It just got to me because it was so out of line with what I wanted to make and nobody was even hearing that stuff. I’d spent all this time in a writing session for some label or in the basement of some management company, so that some executive could think it was good to sign me, put an album together, and then send it to the radio stations. Everything just felt like people were looking for excuses to not branch out or try something new, you know? I wanted to do the music that sounded good in my head and just put it on the internet.

When I started making connections with the group of people who authentically liked what I like, it just gave me a completely new set of glasses. I was just looking at everything through the lens of, “How do I find people who are like-minded?” rather than “How do I try to fit into a system that I had no part in creating?” So I was under my friend’s independent label and then Warner came into the picture. Then all of a sudden you have people trying to figure out how to make what you created fit into their system.

It sounds like there were just too many cooks.
It was a lot of cooks. Unfortunately in that situation, I just didn’t have any say. I didn’t meet the team at Warner beforehand. It’s not like I was talking to a bunch of different labels. I’m sure you know the way that the industry has a lot of shuffles and it just makes the situation even more complicated. I’m just thankful that the people who are in charge now, [co-chairs Tom Corson and Aaron Bay-Schuck], put themselves in my shoes. We mutually agreed that it just wasn’t really working out for what they want and for what I want. The result is me being able to get back to a mentality that more closely matches where I was when I first started putting things out, which was always making sure that what I’m writing is authentically what I love and helps me in some way. And then speaking directly to the people that might be on that same page.

So I immediately thought of Craig David when listening to “Comeback”. Did you go into it intentionally thinking to bring back that nostalgic feel or did it just happen that way?
It was a little bit of both. It was a beat that I made with my homie STINT who produces basically everything I do. I used to ride around this green Honda CRV and listen to Usher records all the time. So I wanted to make something that kind of brought me back to that place.

It channels the early ‘00s but I didn’t feel like it was abrasive. I really wanted to reference that feeling of walking on a tree-lined street where you just don’t see a bunch of tall buildings. I want it to have that familiar warmth. Those Usher records — and Craig David’s the G.O.A.T. too — from that time period just have that feeling.

I have to mention “Dynamite” with Brandy. She’s the vocal Bible of our generation and it embodies her sound.
I take that as a compliment. She definitely influenced a lot of music’s sonic palette. Like the background vocals in the demo version, I couldn’t stop thinking about Brandy. She finds a way to make ambient R&B feel like you’ve been listening to it your whole life. So when I wrote that first part of the record, I was thinking about her. I sent it to somebody who knew her manager and I didn’t really expect anything from it. At the same time, I was reaching out to other people and seeing what they thought about the record.

It was such a long shot in my head that Brandy would ever be will be a part of it. But I kinda knew something was going to happen with this. So I purposefully didn’t write a second verse. Plus I couldn’t think of anything because I just felt like I told one side of the story, it just needed something else. No lie, maybe at the end of January, I got a text and it was about Brandy’s vocals. I kept holding out and the thing that kept me going is I would hear from people that Brandy really liked the record. I’d be like, “Are you serious?”

Like, “Don’t play with me right now!”
Honestly, I was cool with just the fact that she heard and liked it. I’ve never met Brandy but I talk about her all the time. I’m never gonna feel like she gets the shine that she deserves. She defined an entire generation for more than just music. And I really think that the way that she approaches R&B is so decidedly left field. She has her own style. Like her last album sounds like a Brandy record. Nobody else could do what she does, you know? I still don’t believe that it’s on the project. It’s my dream record.

Speaking of that ambient sound, “Scars” is one of my favorites. Listening to it feels like floating in water and getting yourself lost in the moment.
Thank you. That actually means a lot because I always felt like people were going to hate that song. But that’s one of my favorite ones. Going back to when I first was making music, I would always want to release something that I was afraid of. Cause I’m like, “People are gonna have a bunch of things to say.” I just feel like it’s really different, but that’s why I like it. When people don’t get things, they’re just really harsh about it, which is cool.

It’s not the typical Gallant sound, so I see why.
The whole thing feels really personal, like something that you would never want anybody to hear. And for some reason, that made me excited to put it out and just see how people would react. I’m really glad that it had that feeling because I was hoping that even if that’s the one people skip over, there’s like three people that listen to it at night. Then years later they go back to it and they’re like, “This was the song that I discovered and nobody else knew about it.” I also love that you brought VanJess on the record because you all are a part of a thrilling time in R&B. So many artists — I’m thinking of Jhené Aiko, Giveon, Kiana Ledé, Chloe x Halle — are having their moment.
I agree. And everybody that you mentioned, as well as Lucky Daye, Mahalia, Joyce Rice and UMI. It doesn’t feel like R&B is a mono-genre, not that it ever really was.

But people branded it as such.
Exactly, the branding kind of took it there. When it was dominating radio in the nineties, people had to just bend [its sound] a little bit. But I just love that audiences are so now receptive to all the different pockets of R&B. All those artists that you named approach it in such a unique way. I just love that you can leave a mark within the genre and people appreciate it. It feels like we’re in almost like a golden age of R&B.

I didn’t realize this before, but “Gallant” is actually a word that means a man giving special attention to a woman. It’s so fitting because your music is very romantic.
I’m a Maxwell fan and the way that he sings is basically telling the ladies “Hey, I understand you.” You’re allowing yourself to be vulnerable so that you can make that kind of connection. So I definitely feel like I hit the last name lottery.

Should the Urban Contemporary Grammy Category Be Abolished?