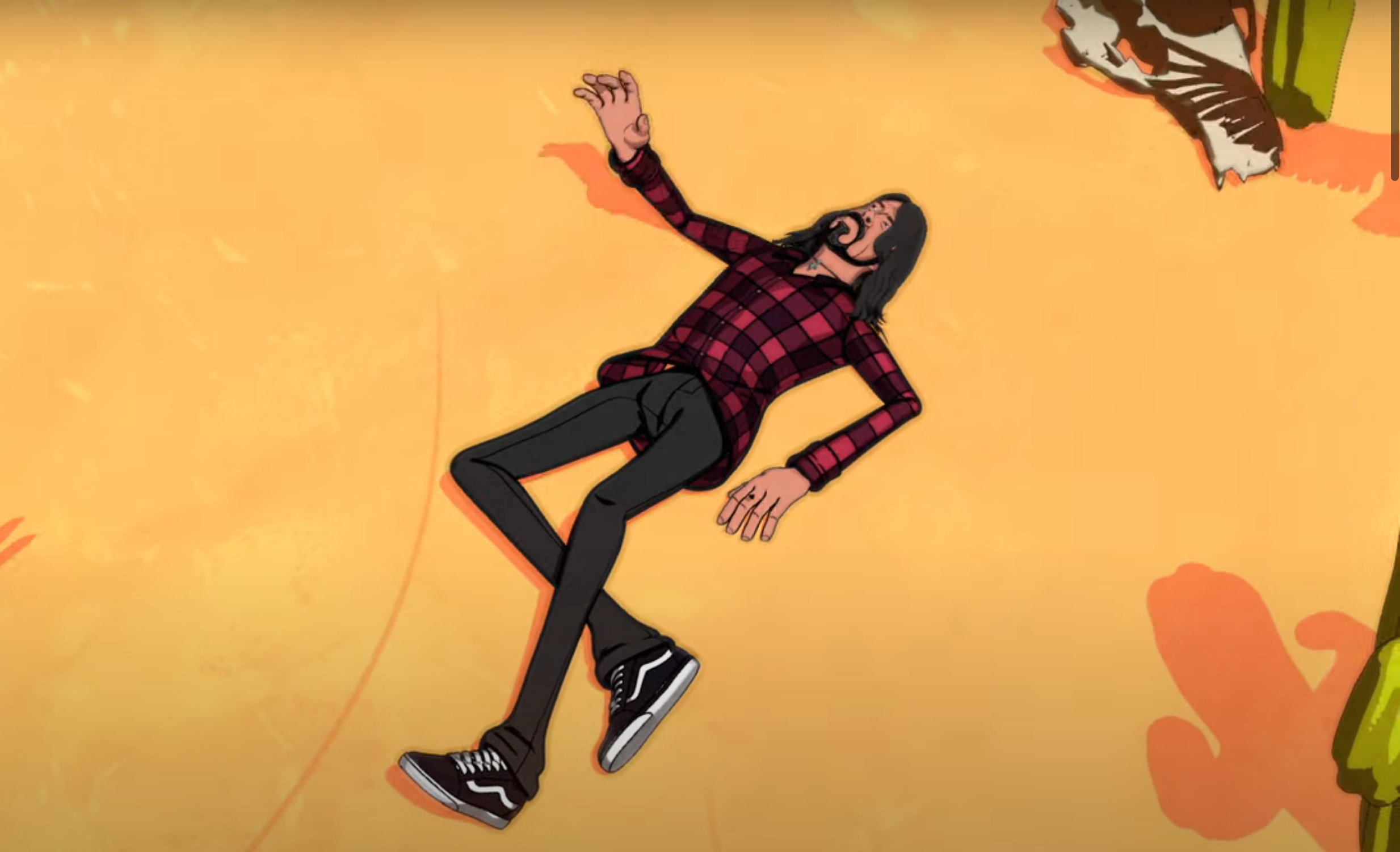 For the stoner’s holiday that is April 20, the Foo Fighters shared a trippy animated video for their tune “Chasing Birds.” The clip sees Dave Grohl and company performing, while the singer/guitarist sees “trails” and meets a talking cactus in the clip’s desert landscape.

While the lyrics for “Chasing Birds” include “Chasing birds / To get high  / I’m never coming down,” it’s not an overt drug song, but the visuals are perfect for those who do enjoy some green, which is legal in Grohl’s adopted home state of California.

His bandmates also find themselves melting, falling into a chasm, seeing colorful monsters and having assorted trippy experiences.

“Chasing Birds” is off the band’s latest LP, Medicine at Midnight. You can read our review of the album here.

The clip is unlikely to cause the same controversy caused by another animated clip. (We’re looking at YOU, Morrissey following his Simpsons kerfuffle.)

Meanwhile, it seems unlikely that the ever-energetic Foos singer is the Snoop-Dogg of rock, with a work ethic that most recently saw him team with the Rolling Stones singer Mick Jagger for the song “Eazy Sleazy,” which the Stones frontman said is “a song I wrote about coming out of lockdown, with some much-needed optimism.”