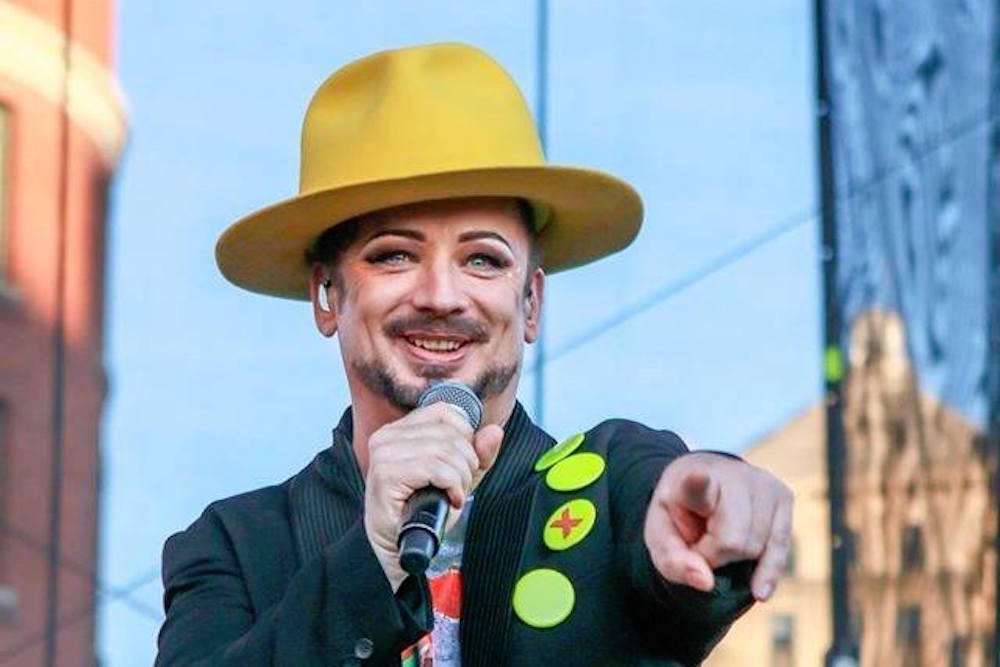 In 2019, when Boy George announced his biopic, he mentioned that he wanted Sophie Turner to play him. Now that biopic is becoming more of a reality. George’s film now has a title —Karma Chameleon because of course — and finds the singer saying that “there are rumours of Keanu Reeves popping in,” according to Deadline.

Whether that’s true or not remains to be seen, but the film, which is produced by Millennium Media, is tentatively set to begin filming in London and Bulgaria.

The musical drama will have full access to the singer’s library of music and the band’s biggest hits, which include “Do You Really Want To Hurt Me,” “Church of the Poison Mind” and “I’ll Tumble 4 Ya.”

Boy George’s life has all the ingredients for an engrossing biopic: excess, drug abuse, the adversity inherent in being an openly queer celebrity during the Reagan/Thatcher years, a meteoric rise to fame, heartbreak, and appearances on the Real Housewives of Beverly Hills.

“Boy George and Culture Club have been an inspiration to so many people. Specifically, George’s unapologetic way of being true to himself. He has paved the way for people to live their truth as fearless individuals,” Jonathan Yunger, Co-President of Millennium Media, told Deadline. “This is more relevant today than ever and we are so proud to have Sacha lead the charge on this musical journey.”

Karma Chameleon was written by and will be directed by Sacha Gervasi (Hitchcock and Anvil: The Story of Anvil ) and will be produced by Kevin King Templeton (Creed I & II) and Paul Kemsley.