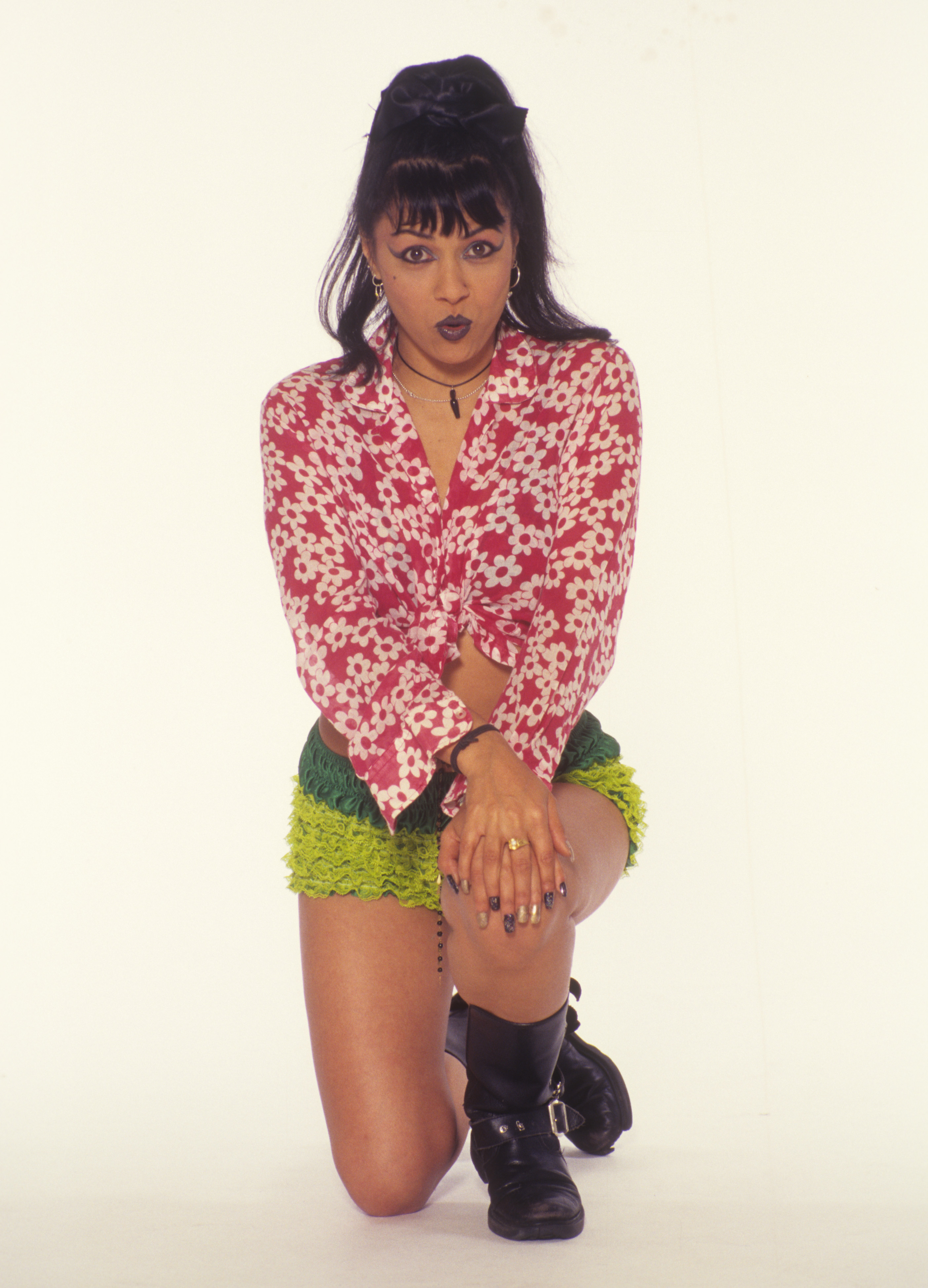 I lived in London in the ‘80s, studying fashion while working with a clothing designer. On the weekends we’d hit the different markets, selling the original pieces we’d made. Portobello Market and Kensington were the main markets. Kensington was the famous underground market that featured independent fashion designers, and everything that came out of there was original, and helped shape the pop culture of fashion during the decade. The streets and clubs of London were filled with people wearing the clothes being hawked at Kensington, amongst others. I would spot Boy George, Siouxsie and the Banshees and other luminaries of the emerging post-punk new wave scene on most days and nights while clubbing.

Kensington was very mysterious and spooky, like walking into a creepy Disney ride. The impact it had on me as a young woman from Chicago — straight out of high school into the London underground fashion scene — was beyond words. I hadn’t experienced anything like it before and haven’t since. I really felt like I was discovering a whole new world of alternative music and style.

Pop “alternative” culture was all around. Bow Wow Wow would be playing on heavy rotation and Annabella was the Queen of the Scene. Her voice and the music were so different from any of the other sounds blaring through the markets.

We watched Top of The Pops ritualistically every week and Annabella Lwin’s presence really stood out. The energy and creativity she had as a young woman writing and performing with Bow Wow Wow was mind-blowing. She was so ahead of her time, and beyond talented.

Looking back, Annabella and early Bow Wow Wow were very influential artists to me as a young musician. The sound, like no other, at the time was a mix of Annabella’s “girlish squeal,” chants, surf instrumentals, pop melodies and Burundi ritual-influenced music driving tom-tom beats. What was it? New Wave? Worldbeat? It was original! The sound of the band and Annabella’s primitive punk rap delivery on songs like “C30 C60 C90 Go” and “W. O. R. K.” have gone on to influence the likes of No Doubt, Red Hot Chili Peppers and beyond.

Years later, I met Annabella at a party in Los Angeles. Then, years after that, we reconnected again and she contributed guest vocals on my new single, “Panic Town.” Dreams do come true! The song originated back in London, and a fresh version was re-recorded in Los Angeles in 2020. On top of all this, Annabella is vegan and has a deep love for animals on this planet, something we both share. Annabella is such a natural in the studio and her input really shaped the song. It honestly feels like a full circle in my life.