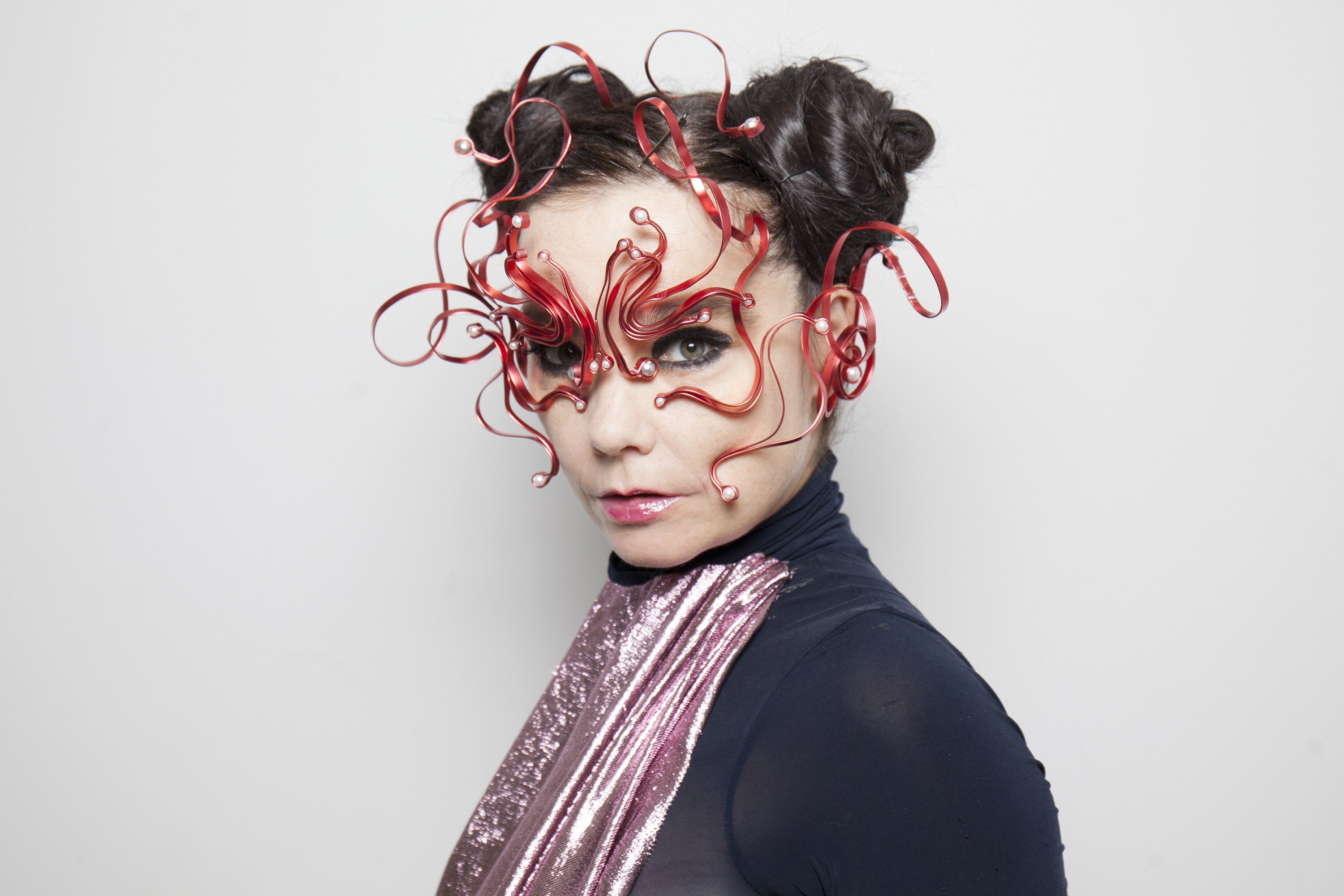 The brilliance of Björk can extend interminably outward, filling out the starry firmament from which she finds inspiration and unity. To call Björk unique is an infinite understatement. She’s more of a protean polymath exploring the outer rims of the psyche with an unflappable lust for life. Because, in her own words: “The unknown turns me on.”

As an impressionable teenager of the late ‘70s, Björk was bedazzled by the punk conquest. She drifted in and out of mainly arty, transient post-punk projects from the self-formed Exodus to Tappi Tikarrass to KUKL, the last of which morphed into her most well-known pre-solo band, The Sugarcubes, in 1986. That final installment of short-lived groups garnered enough attention to break out of domestic Icelandic success only, and for her to break out of Iceland itself.

She moved to London in ’93 and became fascinated by dance music, injecting elements of it into her adult solo debut, Debut, released the same year. It contains the now-celebrated centerpiece singles “Human Behaviour” and “Big Time Sensuality”. The first is one of her most popular. Its mischievous-sounding minimalism made up of deep bass and a shaky percussion had clear house music inspiration, pushing the genre into the mainstream. Her second LP, Post, prompted a shift into outsized experimental bangers – as epitomized on “Army of Me” and “Enjoy” – practically inventing trip-hop and setting its standard alongside other co-contributors of the nascent genre, Portishead and Massive Attack.

(For all the other schizophrenic numerologists out there, there’s this theory that all eleven-track albums are particularly extraordinary, even more so if they are debuts. (If you doubt the credulity of this phenomenon, go search some of your favorites out; be prepared to sweep up chunks of your own gray matter post-cranial-explosion.) Björk has six such albums, three of which are her first three adult releases, and the first of those is entitled Debut.)

Offstage, she’s a famously candid persona with a fantastical, childlike imagination. There’s a clip of her dissembling her TV and envisaging a city in its naked circuitry; she then explains the way it hypnotizes the viewer and admonishes the audience to never let poets lie to you about television. Yet all her delightful oddness can go sour at the drop of a dime. She has a deep enmity for the press at airports, of all places.

That’s only a sliver of it, though. From piercing pearls into her skin and unabashedly baring breasts for her “Pagan Poetry” music video to contributing vocals to Death Grips’ 2014 Niggas on the Moon to sidestepping death by sulphuric acid bomb secretly implanted in a hollowed-out book sent as a gift from an obsessive lunatic, she’s quite the storied celeb. But not in that phony philanthropic way. Björk has no pretense. She’s unapologetically herself.

Unable to downshift her creative engine, she even dabbled in acting. She starred in Lars Von Trier’s Palme d’Or-winning Dancer in the Dark and the visual artist Matthew Barney’s experimental feature-length film Drawing Restraint 9. Unable to fully give up her most definitive creative impulse in a new realm, she scored both films’ soundtracks – a feat no one but wizened composers could imagine.

The artist never slowed, effortlessly shattering glass ceilings in music mediums no one knew existed. In 2011, she released an interactive multimedia experience entitled Biophilia which was centered around the celestial music only Björk could produce. Five novel instruments were created solely for the project (one of which was a modulated Tesla Coil) and, to keep in line with its love-of-life theme, the instruments played within rhythms and time signatures that were based on planetary motions quanta. A suite of apps – composed of ten intra-app modules ranging from games to abstract song animation to lyrics and essays – was created for audiovisual interaction with the music. To make it even more palpable, its own “musical compass” symbol was designed just for its release and was emblazoned on each Biophilia-related media. No wonder she has no imitators. They all pale in her shadow.