"It’s not a good show unless the audience is going off, too” 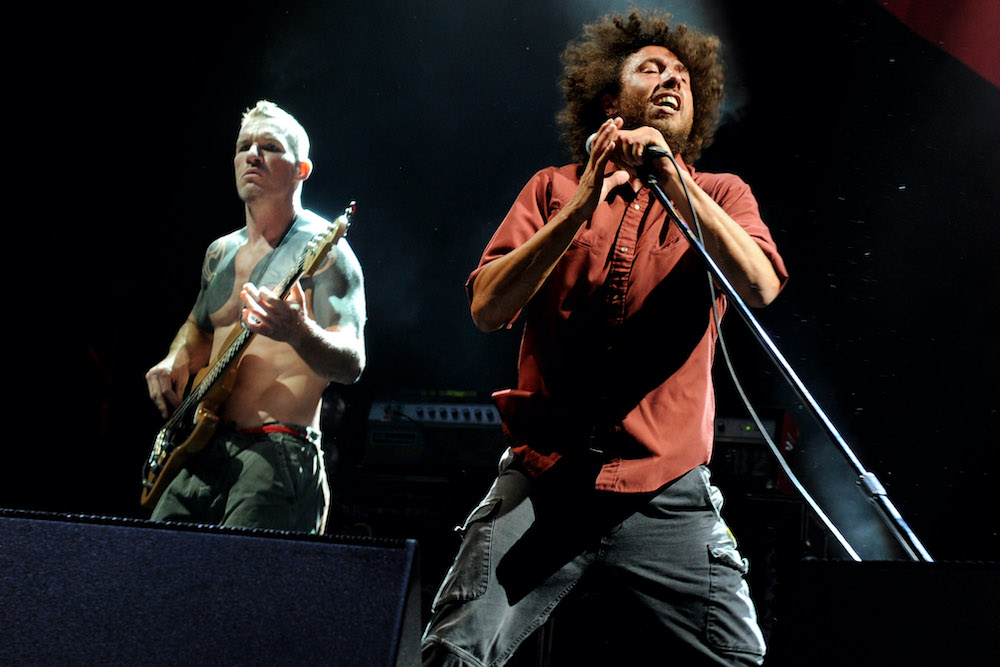 Rage Against the Machine were forced to postpone their highly-anticipated reunion tour last year, and though they’re rescheduled to hit the road this June, Tim Commerford has made it clear that will only happen if the band can play to full venues.

“We’ll never be one of these sellouts that’s gonna go play a drive-in show or play a venue that holds 100,000 people and there’s only 10,000 people there,” the bassist told TooFab earlier this week. “That’s bullshit. Rage will never do that. It’s not a good show unless the audience is going off, too. It’s gotta be a shared experience.”

“It was already going to be something really special without getting into it, like we were doing things that we never done before, and we’re all better musicians than we’ve ever been before,” Commerford continued, explaining what fans could’ve expected from the 2020 shows. “The music was all time and it was just exciting. It was going to be a really great new version, a new exciting version of Rage.”

RATM are one of 16 acts nominated for this year’s Rock and Roll Hall of Fame class. See our list of snubs, surprises, and long-shots here.