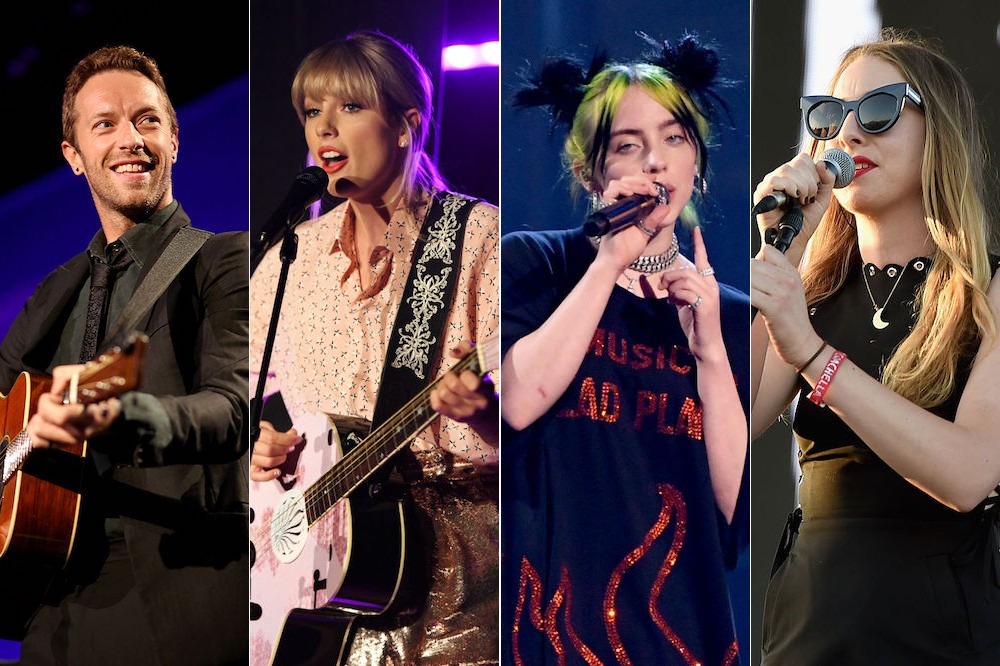 The 2021 Grammy Awards have announced this year’s performers, and the list is stacked. Taylor Swift, Chris Martin, Haim, and Billie Eilish are all set to take the stage “while still safely apart.”

Trevor Noah-hosted event will take place a little later than usual this year, after the Recording Academy postponed the ceremony from its original Jan. 31 date due to COVID-19 concerns.

Though she won’t be performing, Beyoncé leads the pack with nine nominations while Dua Lipa, Swift and Roddy Ricch garnered six nominations apiece.

Tune in to the 63rd annual Grammy Awards on March 14.