‘It Needs to Sound Like a Warm Bath’: Saint Maud Composer on Scoring the Year’s Most Unsettling Horror Movie 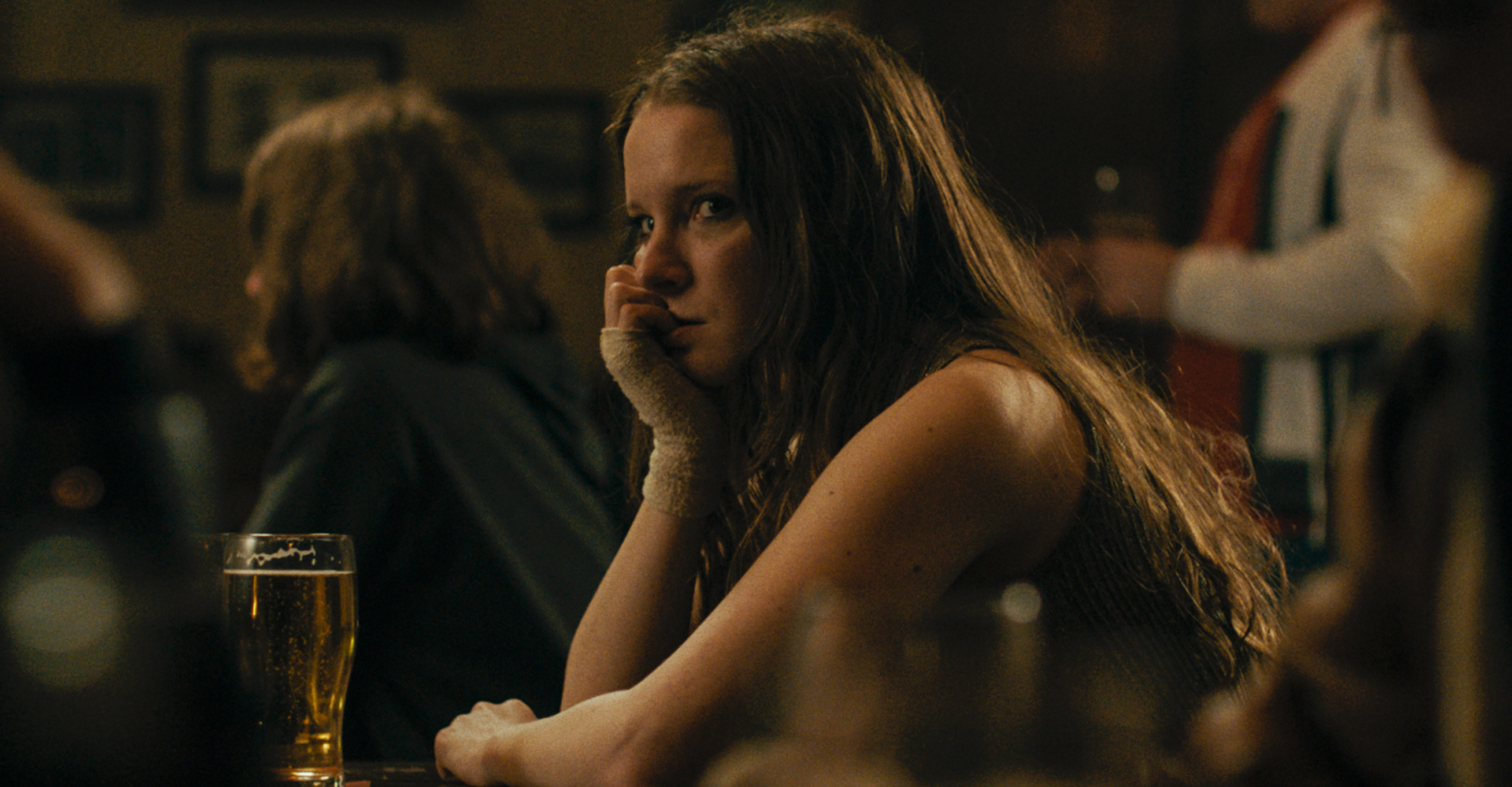 A year of pandemic has stolen countless experiences from us—and one of them was seeing Saint Maud, the year’s most quietly unsettling horror film, on the big screen. After a planned theatrical rollout was waylaid last spring for obvious reasons, director Rose Glass’s profoundly creepy and compelling portrait of possession, religious fanaticism, and psychosis recently made its way to streaming platforms in the U.S.

The film centers around a devout catholic hospice nurse, Maud (Morfydd Clark), whose obsession with saving the soul of a terminally ill patient and ridding her of demons drives her to terrifying lengths. Impressively, the film isn’t just the debut feature from first-time director Glass—it’s also the first film score from Adam Janota Bzowski, a London composer whose groaning synths and mangled percussion helps set the mood of impending catastrophe. Bzowski’s Saint Maud music slots right in with notable recent horror scores such as Colin Stetson’s Hereditary score and the Haxan Cloak’s Midsommar soundtrack, so we Zoomed him up to talk about it. This is your first-ever film score. How’d you land the job?
Adam Janota Bzowski: It was relatively serendipitous. I was at my best friend’s birthday party. I bumped into Oliver Kassman, who was the film’s producer, and he mentioned he was working on something. So I basically hassled him until he sent me the treatment for the film, which is just a synopsis of what was going to happen and a bunch of images. Then I created a demo. And from that, I got a call.

How would you describe the demo you created?
Well, half of it ended up in the score. The other half was a lot more traditional-sounding. I was trying to use strings in an unorthodox and quite abrasive way, because I’d been listening to You Were Never Really Here by Jonny Greenwood. So I was building these very dense, atonal string things. But Rose [Glass] didn’t want any traditional string stuff.

What sort of direction did Rose give you?
I came in and they’d already shot everything. Then she was like, “Here’s the whole film. And here’s where I want you to score. Do it.” She then got an idea of what I was thinking. The main note was that she wanted it to be a lot weirder. I’d made something quite melodic and handsome and beautiful-sounding. Once we decided that she wanted it to be a lot weirder, I just went full “weird” as much as I could. A lot of her direction was very metaphorical, but quite loose. She was like, “Oh, it needs to sound like a warm bath.” Or this kind of imagery rather than anything specific.

What were the primary instruments you used to create the score?
I was living with a flautist called Katie Bans when I did the demo. We sat for about an hour and made a lot of weird noises with the flute—trying to blow a lot of air, atonal squeaks and squonks and stuff. I processed a lot of that through a cassette tape, because I’ve got a four-track cassette. When you slow the tape down, when you stretch and lower the note, it creates a very bizarre, unearthly but strangely familiar noise. A lot of the sounds are from that session. And just a lot of recording of strange, percussive instruments that I would then pitch down and manipulate.

There are moments in the film where Maud is having these visions and we don’t quite know what’s in her head and what’s real. For instance, the scene in which she becomes ill. Your music seems to represent this malevolent force that’s overtaking her.

I just knew there needed to be a density, a very thick weight that filled the screen, because in that moment, there’s no dialogue. And I felt like this film, although it features a Judeo-Christian aspect to it, it’s not really about God. The God aspect can’t sound too traditionally ecclesiastic. It can’t really sound like a choir singing hymns. It’s all about internalizing her demon. But at the same time, at this particular moment, it’s like an exorcism; that vomiting is like a purging of all of her sin. So the only way I could do that was making incredibly abrasive sounds. What was the hardest scene to score?
It’s where Maud’s just told Amanda’s girlfriend to fuck off. Then she’s really happy, and she’s going around the house, doing little holy water crosses. We just couldn’t get the cue right. The temp was actually a scene from Hereditary, the Colin Stetson score. I think [Glass] was really obsessed with this cue. When it got bought by A24, we were changing that cue. In the end, she gave me Steve Reich’s Music for 18 Musicians as a reference.

Do you have any favorite horror scores? Any that inspired you?
There’s recently been such a huge glut of these scores. Under the Skin, Mica Levy. Colin Stetson’s Hereditary. But also Lustmord, who did First Reformed, which I really love. I love deep, droney, ambient stuff that seems easy to do, but it’s really hard to get right because there is a lot of texture in there.

What was your response to the ending?
I was shocked every time I saw it. And they were toying around with this ending a lot—the length of the frame, what it looked like. There was a wide shot. And then it cuts to a very short close-up. You want it all to be real, because it’s so real to her; you want everything to be fine, and you want this to be this emancipation of her soul.

But it’s a hard reality shock, those last few seconds, and for me, anyway, there’s no illusions as to what the rest of the film was by that point: “Oh, now I know that all of this was just in her head.” And it was just so bone-crushingly sad that she was allowed to get to that point. It made my girlfriend cry. I didn’t understand at first, and she explained the loneliness that resonated with her and it really slotted everything into place.

During that final scene, the music and the sound design overlap in ways where it’s hard to figure out where one begins and one ends.

There’s maybe five minutes of heavy sound design stuff that’s omitted from the score. So in that particular bit—“Immolation”—the piece of music is actually a celestial, ethereal crescendo as the wings unfurl as she’s on the beach. But then, at the end, it just cuts to a bit of “Revelation.”

What’s your take on the moment where Maud is overcome by this evil spirit in Amanda and kills her? How much of what’s happening is real, how much is in Maud’s head?
For me, she definitely commits murder. Whether or not Amanda turns into an actual demon, that’s up to interpretation, I suppose. But it scares me every time there’s that little jump cut of the screaming face.

I suppose Amanda deconstructs Maud’s faith in real-time, and this is such an assault on her that it cannot be computed. The only way she can comprehend the situation is to destroy the doubt. She’s got to remove this specter that is trying to dampen her faith, which is all she has left. Her faith is all she has left. In this final act, she’s able to absolve herself in her mind and finish God’s plan and thus be exalted. The jigsaw falls into place, but in the most horrible way.

It’s also Rose Glass’s first film, which is kind of stunning that her first film is this assured. What was it like to work with her?
In some respects, she’s quite unassuming, but very in control of her vision. There’d be producers or people around that would second guess things: “Maybe we shouldn’t do this.” And Rose would just be like, “No, this is the way I want it.” There was no arrogance. There was no ego. She just knew what she wanted to do. And so anytime she gave criticism on my work, the initial reaction was, “Oh, I’ve got to do this again.” But you knew that she was right.

Has your family been able to see the film or are they too frightened?
My mom was very, very reluctant to go, but she managed to get in the cinema. I was really proud of her for going. But she loved it. My dad’s seen it. He liked it, which I’m surprised about. I think it was all really their cup of tea.