Paloma Rocío Castillo Astorga, who is better known as Paloma Mami, is turning her dreams of blending American and Latin music into a reality. The title of the 21-year-old’s debut album, Sueños de Dalí, is a nod to surrealist Spanish artist Salvador Dalí and infuses R&B, trap, and alternative music.

“Dalí was an artist who was so unapologetically himself,” she tells SPIN over Zoom. “He literally never cared what anyone said about his art and I think that’s so important when it comes to my music as well.”

Mami’s music is very much representative of who she is as a Chilean-American, splitting her time between living in South America and New York City. Across 14 tracks, she sings about living her best life with her refreshing Spanglish flow.

“Since I grew up in New York, I grew up listening to R&B, soul, and jazz,” she says. “You know New York-style stuff. And going to Chile every summer gave me that mix of having the Latin music within me as well. I’m that kind of person that if you have a conversation with me, I’m going to be speaking Spanglish. That’s how I’ve always been creating my music.” 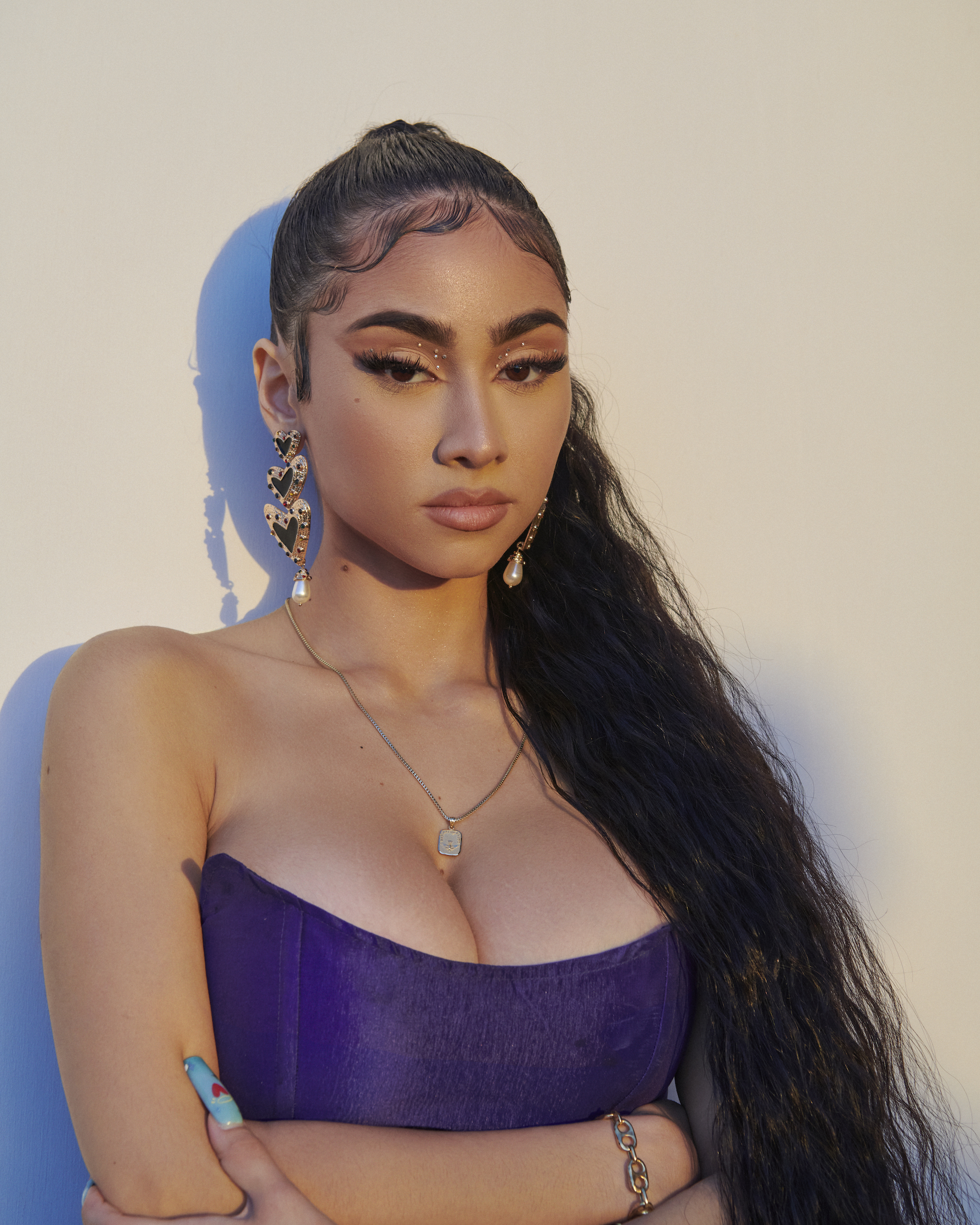 Mami released her first single, “Not Steady,” independently in 2018. She seamlessly glided switched between Spanish and English on the reggaeton-meets-trap track. With over 89 million streams on Spotify, “Not Steady” saw her become the first artist of Chilean descent to sign with Sony Music Latin. To flex her versatility as an artist, Mami later teamed up with Major Lazer on the frenetic “QueLoQue” and Spanish rapper C. Tangana for the hypnotic “No Te Debí Besar.” For Sueños, she goes it alone with zero featured artists.

“Something I decided since the beginning of my career for my album was that I’m going to do this by myself,” she says. “I want people to know who I am as an artist. Get to really meet the sounds that I like. I want to show people I can get to where I want to be with just me. It’s something that I needed to prove to myself.”

There aren’t any features, but there are other powerful women like herself in the DNA of the songs. She shares a co-writing credit with Spanish singer Rosalía in “Goteo,” a reggaeton track with an electronic drip that was helmed by hit-making producer El Guincho. “Mami” samples the feminist club anthem “Quiero Bailar” by Puerto Rican reggaeton pioneer Ivy Queen.

“That’s my girl,” she says of Ivy Queen. “When I was making [“Mami”], I wanted it to be a strong anthem for women. I wanted to have an iconic song be a part of it. Ivy Queen is so amazing. How could I not sample her? [“Quiero Bailar”] changed so much in music. That song has a lot of history, so it was the perfect song to do that with.”

There’s no limits to Mami’s music.

In “Traumada,” Mami infuses an alternative rock edge with a trap music twist. She’s got her mind on her money after feeling jaded by love. “Gasto to’ el fetty [I spend all the money] and I get it right back,” she sings in an angst-driven performance. The song was produced by Blake Slatkin and Nick Mira, who has helped Post Malone master that genre-bending sound.

“It was such a dope mix,” she says of “Traumada.” “I love doing different things and having different sounds. It’s about time that music just becomes music. Not just American with some Latino. It has to all just be one at this point. Music is just one language.”