On March 7, Winston Marshall, guitarist and banjo player for British folk stars Mumford & Sons, shared his support of author and right-wing disinformation spreader Andy Ngo via a tweet that read: “Finally had the time to read your important book. You’re a brave man.”

The book in question? Unmasked: Inside Antifa’s Radical Plan To Destroy Democracy.

While Marshall quickly deleted the tweet, it wasn’t in time to prevent backlash from many, including Sleaford Mods, who tweeted: “That fact this twat from Mumford is openly showing his support for continued oppression/fascism/the interests of greed, is almost normal now. He inhabits the same landscape most large bands do.”

In response to the backlash, Marshall issued an apology on his social media platforms on Tuesday night, saying, “Over the past few days I have come to better understand the pain caused by the book I endorsed. I have offended not only a lot of people I don’t know, but also those closest to me, including my bandmates and for that I am truly sorry. As a result of my actions I am taking time away from the band to examine my blindspots.

For now, please know that I realise how my endorsements have the potential to be viewed as approvals of hateful, divisive behaviour. I apologise, as this was not at all my intention.”

It’s not the first time this sort of incident has plagued the band.  In 2018, Jordan Peterson, a Canadian author and professor of psychology who espouses that “disciplines like women’s studies should be defunded,” posted a photo of himself with the band on Instagram.

Peterson also has advised freshman students to avoid subjects like sociology, English literature, ethnic studies, and racial studies, as he believes are corrupted by “post-modern neo-Marxists.” 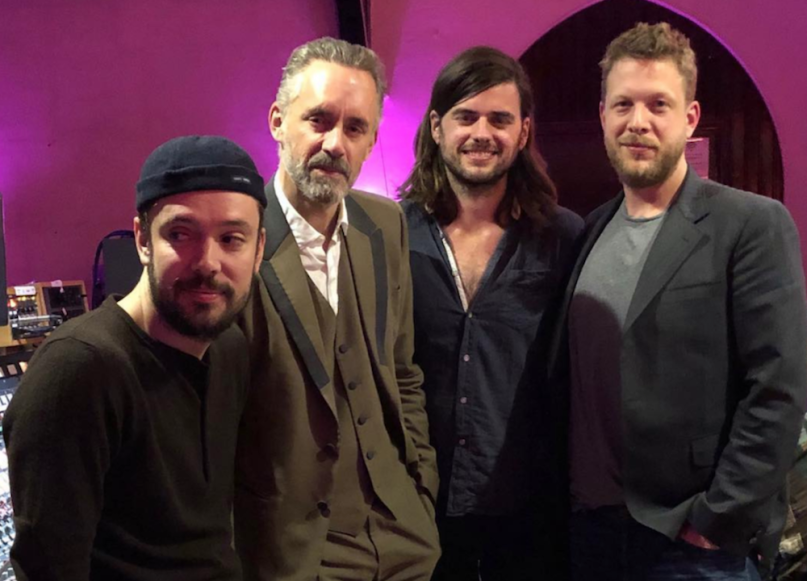 In a subsequent interview, Marshall told the CBC that he “was very interested in Dr. Peterson’s work on psychology … I think I don’t see the harm in engaging in conversation.”

Mumford & Sons leader Marcus Mumford said that he would “fiercely defend my bandmates’ rights to listen to the guy.”

That said, neither Mumford nor any other band members have spoken publically about Marshall’s recent endorsement of the Andy Ngo book.