She also shared a personal note about getting vaccinated 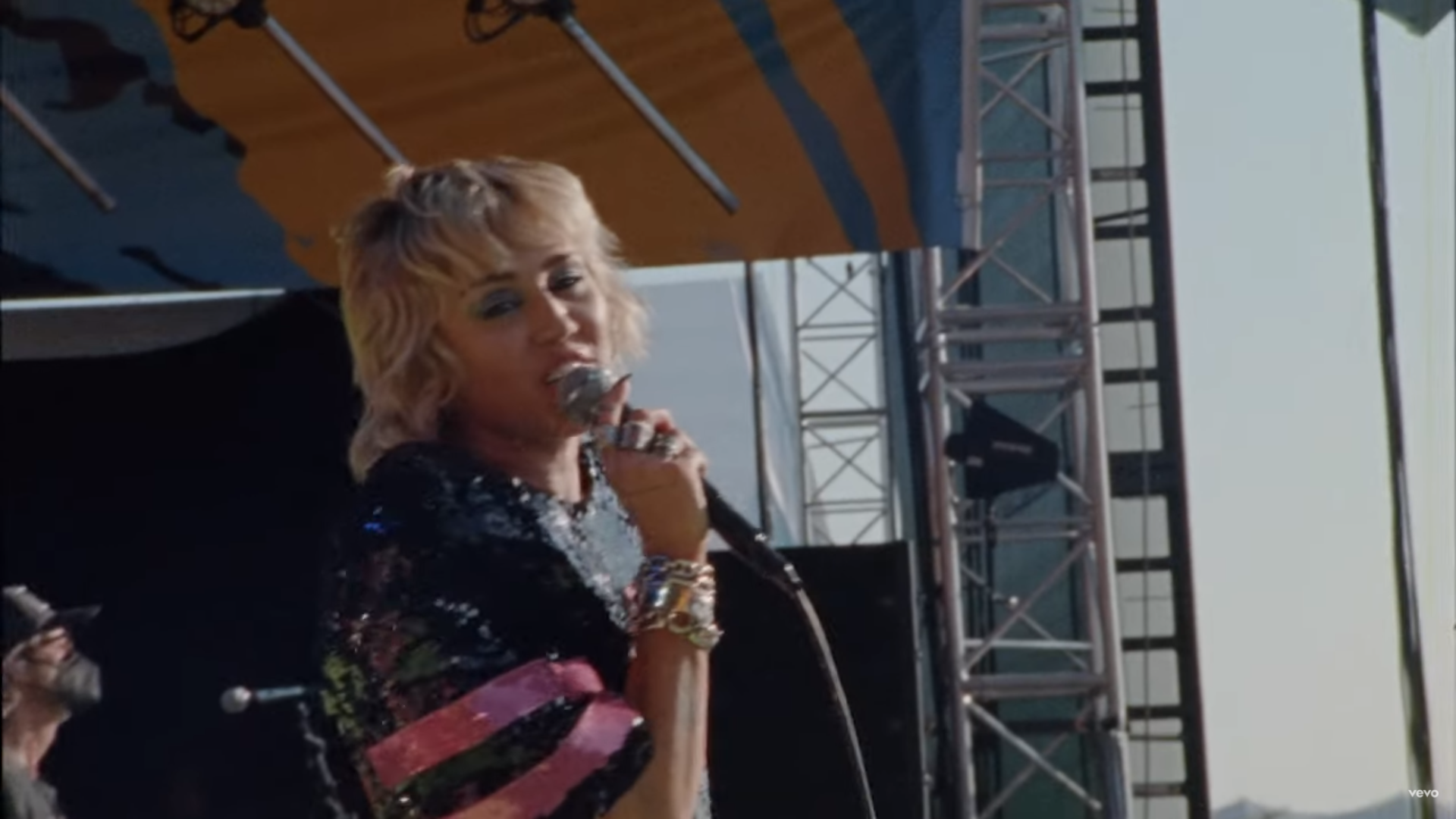 Clad in a glittery #25 football jersey, Miley Cyrus performed her track “Angels Like You” for an audience of fully vaccinated healthcare workers on Super Bowl Sunday; now that performance is her latest music video. Shot on Feb. 7, the gig was apparently the first COVID-19 compliant live music show of its size in the U.S. since the start of the pandemic nearly a year ago.

She also teamed up with Billy Idol for some pre-game rocking, performing covers of Nine Inch Nails and Bikini Kill at the pre-game show.

The clip is capped off with a hand-written note from Cyrus where she says that “each of us can help stop the pandemic by being vaccinated. Together we can make the experience of live music a reality again.” “Angels Like You” is from Cyrus’ seventh studio album, Plastic Hearts.

Also last year, Cyrus took on Pearl Jam’s “Just Breathe” at a Backyard Session concert for MTV over the summer; in November, she belted out a Courtney Love-approved version of Hole’s “Doll Parts;” and most recently, she covered Mazzy Star’s “Fade Into You” during a Tiny Desk (Home) Concert session.

In addition to all this, Cyrus has also teased that a Metallica covers album is on the way, and producer Andrew Watt recently told us the follow up to Plastic Hearts is, too.