James Hetfield and Kirk Hammett are experienced pros at this 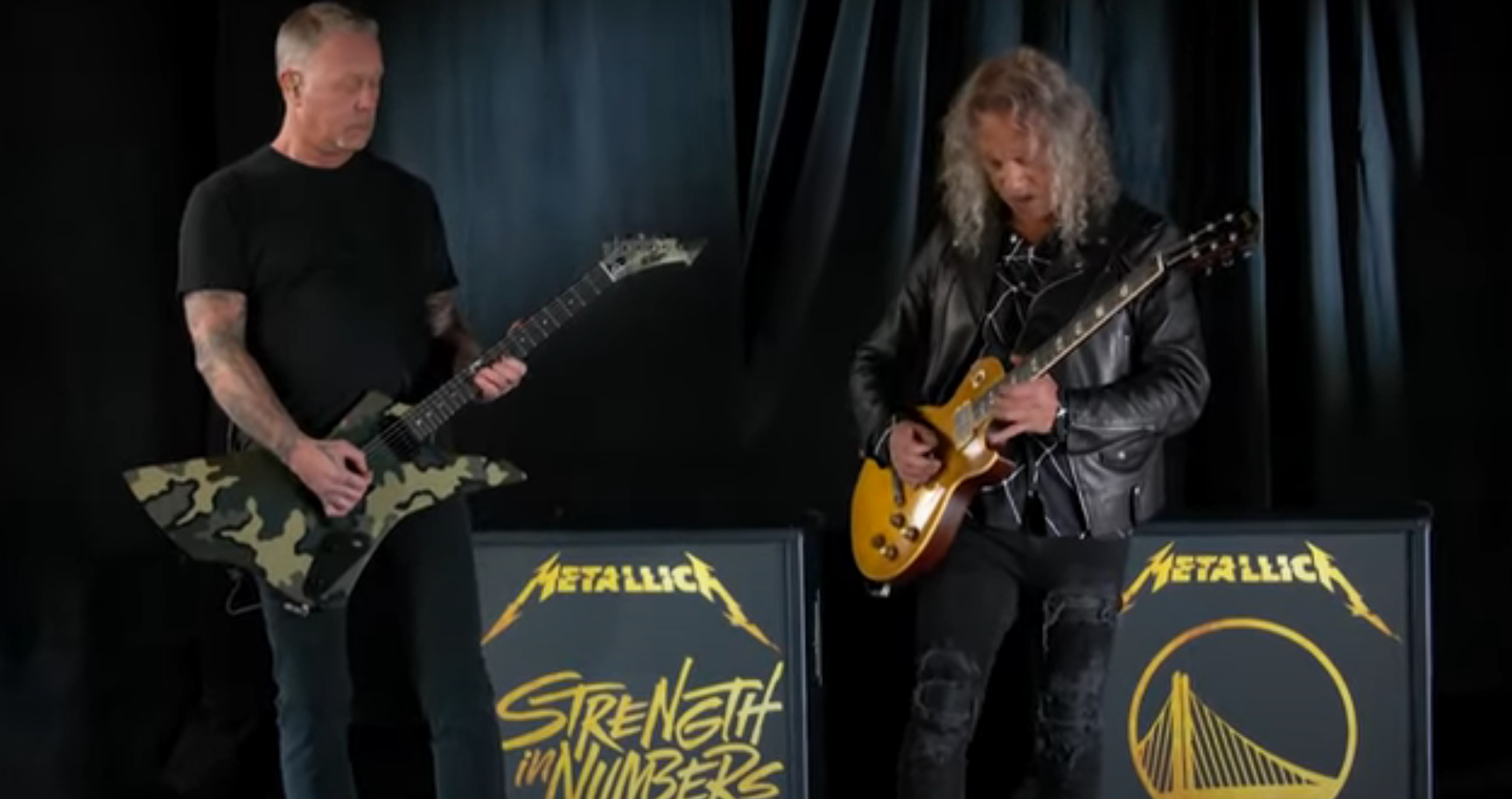 Metallica was the first band to rock the new Chase Center in San Francisco back in 2019 with their S&M2 concerts. Though they can’t be back at the arena in person just yet, James Hetfield and Kirk Hammett decided to throw their support behind the hometown Golden State Warriors ahead of their clash with the reigning NBA champion Los Angeles Lakers via an instrumental version of the “Star-Spangled Banner.”

As you can see below, in just under 110 seconds, the duo slay it. This isn’t the first time, however, Hetfield and Hammett have shown off their anthem chops. Each year, Metallia pops up at neighboring AT&T Park to play the national anthem ahead of a San Francisco Giants game. And a few years ago, they performed the anthem at the Warriors’ old home, Oracle Arena, ahead of Game 3 of the 2019 NBA Finals game.

Watch Hetfield and Hammett perform below.

In recent months, the band popped up on the Late Show With Stephen Colbert twice, once after the Super Bowl where they performed “Enter Sandman” and more recently to mark the 35th anniversary of their landmark album Master of Puppets when they performed “Battery.”

The band also donated $75,000 to the ongoing relief efforts in Texas after the state was walloped by a deadly winter storm.