"Food pantries are running out of supplies," the band said 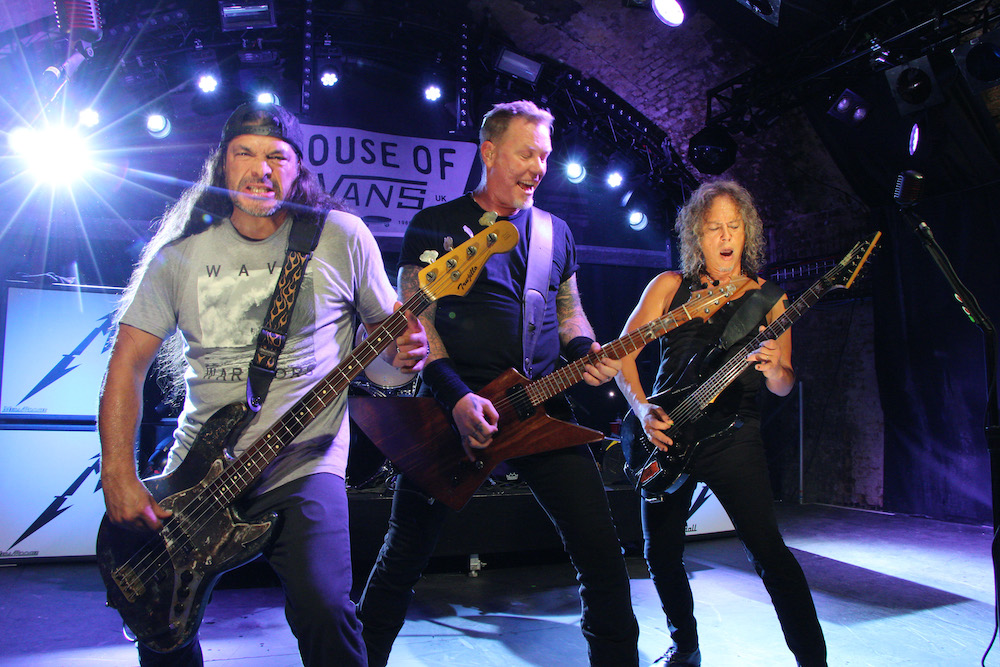 Metallica’s All Within My Hands non-profit donated $75,000 to Feeding America to support the many Texans who have suffered following last month’s crippling blizzards and winter storms. The monetary gift will help provide aid to those in need of food and supplies after enduring weeks without power and safe drinking water.

“The winter storm that struck Texas last month was beyond anything the state’s residents could imagine preparing for. As temperatures dropped well below freezing and widespread power outages swept the area, families suffered. Grocery chains did the best they could to support their communities, but their supply was hit hard,” the band explained on the charity’s page.

The statement continued about Metallica’s commitment to fighting food insecurity: “While temperatures have risen and electricity has been restored in many areas, residents are still very much in the throes of a struggle.

“Texans running low on food are finding empty grocery store shelves. Food pantries are running out of supplies. And the freeze has wiped out substantial portions of the state’s citrus and vegetable crops.”

As part of our commitment to fighting food insecurity, the @AWMHFoundation has donated $75,000 to @FeedingAmerica to be distributed to Texas food banks. Learn more and find out how you can help at https://t.co/kpdSIxhWkt. #MetallicaGivesBack #AWMH https://t.co/CejXJkJhnV

The band is encouraging fans to help if they can by going to FeedingTexas.org  and donating to their Crisis Relief Fund.

In November of last year, Metallica played a virtual benefit concert and held an auction for their All Within My Helping Hands charity, where they played stripped-down versions of Metallica originals “Blackened,” “Creeping Death,” “The Unforgiven,” “Nothing Else Matters” and more.