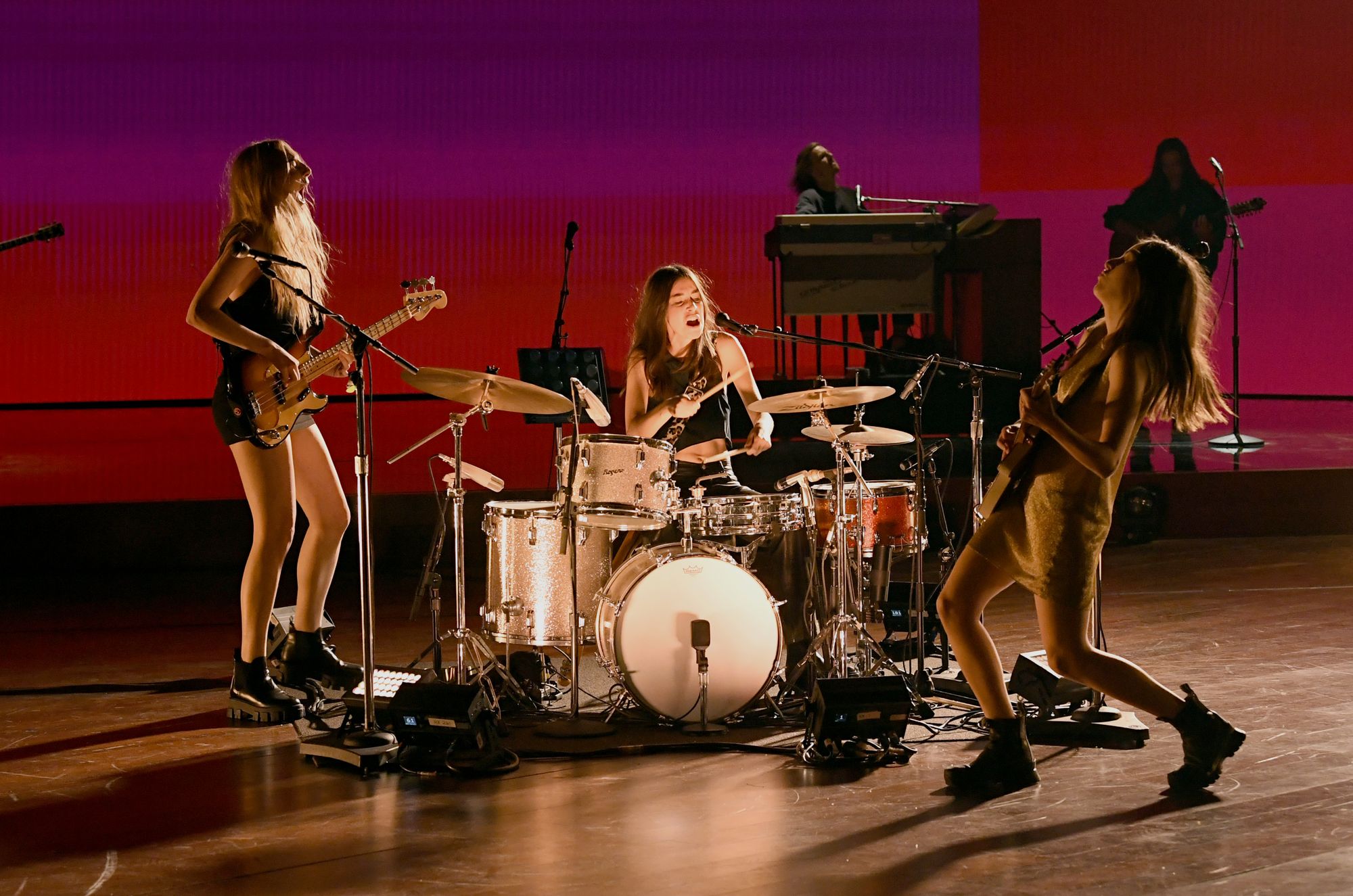 It’s been one hell of a year for HAIM.

The July 2020 SPIN cover stars shook the rock world with their 2020 Women In Music Pt. III record, which earned the sister trio a string of 2021 Grammy nods, including the coveted Album of the Year.

Outside of being the first all-female rock band to receive (and possibly take home) the distinction at the end of Sunday’s show, as well as making history alongside the other nominees for an all-female Best Rock Performance category, they also showed off their live chops Sunday night with a strong performance of “The Steps,” off the record.

During the performance, sisters Este, Danielle and Alana Haim shined with a red-tinted backdrop as Harry Styles, Billie Eilish and others watched on as they rocked it in the same room. The simple performances highlighted their natural talent as a trio, with a rotating camera making their presence felt at all angles.

Check out some of HAIM’s latest performance below and keep up with our award tally to see how many trophies the sisters take home tonight.