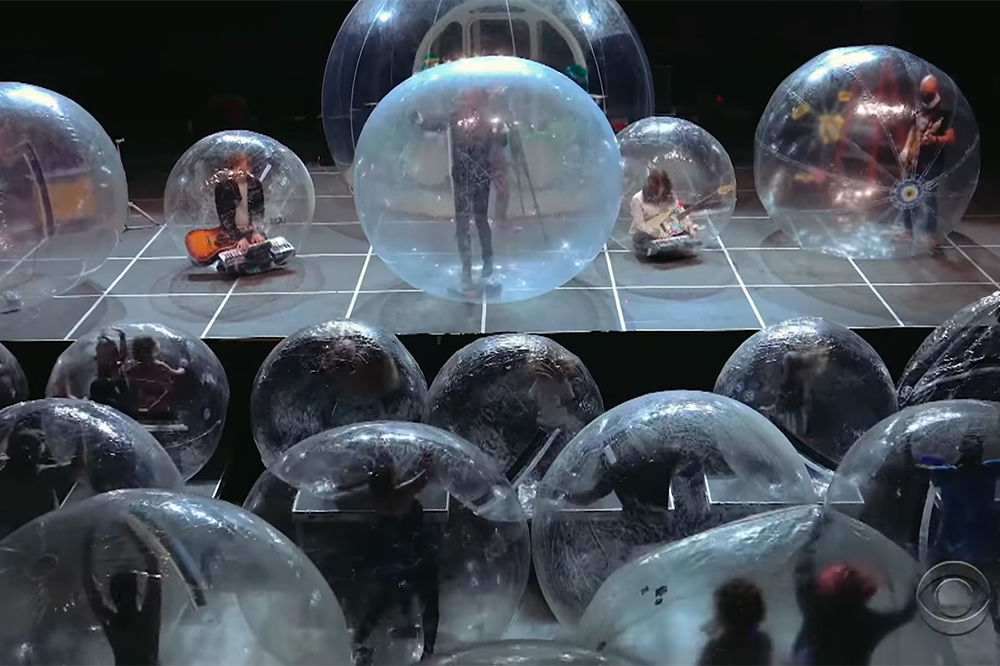 It’s a busy time for lovable Oklahoma oddballs Flaming Lips, as the lineup shares a cool clip for the American Head album track, “At The Movies On Quaaludes,” and singer Wayne Coyne announces a brand of Love Yer Brain cannabis products that will launch April 20. The line includes THC-infused brain-shaped gummies and will be celebrated with a 4/20 concert where the band performs 2020’s American Head in its entirety.

The “At The Movies On Quaaludes” video, directed by actor/director Clark Duke, features Super 8 footage of Duke’s brother during his college years.  Clark says in a statement, “American Head, for me, is about nostalgia. For home, for childhood, for places and events and times you’ll never forget. I stumbled upon this lost, long-forgotten Super 8 footage of my brother, Chandler, wandering the state of Arkansas circa 2005. When I watched this eerie, silent film, all I could think about was… The first time I heard American Head…the first time I made a music video for a band. My favorite band.”

The singer’s Love Yer Brain line is “focused on unlocking creativity,” according to a press release. Love Yer Brain (named after the song of the same name from 1987’s Oh My Gawd) was created to use cannabis and other plant-based tools to help people, and Coyne is thrilled to have medical marijuana patients in his home state of Oklahoma be the first to experience his THC-infused brain-shaped gummies.

The gummies will be available in 100mg and 250mg packs, in watermelon, green apple, and raspberry flavors at select Oklahoma dispensaries. Visit loveyerbrain.com for more details.

To celebrate the launch, The Flaming Lips will perform a 4/20 Space Bubble concert on April 20 at The Criterion in Oklahoma City. After nine sold-out Space Bubble Concerts, the band opted for a special set performing American Head from top-to-bottom for the first time during the show. Love Yer Brain will sponsor the proceedings. Check out “At The Movies On Quaaludes” below.