Releases arrive on the appropriate date of 4/20 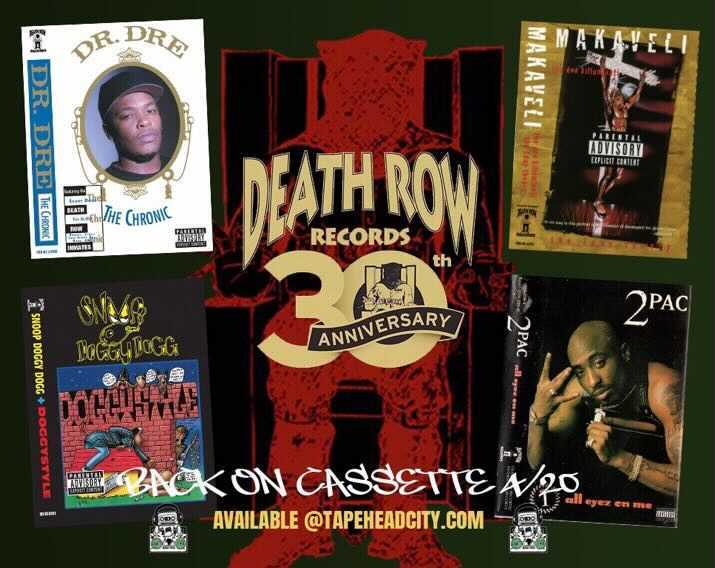 It’s the first time since the ’90s that these Death Row titles will be reissued on cassette, with various limited edition colors including “chronic green,” “up in smoke tint,” “gold” and more.

They will be exclusively available for pre-order here, starting today.

“Death Row Records beams in hip-hop history as much more than music label. Death Row was a movement, hip-hop revolution, factory for greatness, and one of the first exemplifications of black power within the business of rap,” a statement from the label says.

“During a time when hip-hop’s market share of multi-platinum plaques was a small minority, Death Row liberated and empowered some of our greatest creatives, leveling another lopsided American playing field. Without Death Row, we would never hear the aqua-flow of Snoop Dogg or the genius of Eminem. We would be deprived of Cali’s finest production – from Dr. Dre to DJ Pooh – and our music palettes would be lesser for having never heard The Don Killuminati: 7 Day Theory or either of the Chronic albums. If Death Row had never been, hip-hop would have never experienced the unforgettable era of West Coast dominance.”

Check some cool throwback vibes from Dre and Snoop below.