The hip-hop heroes will celebrate 4/20 with a livestream from L.A. club The Roxy 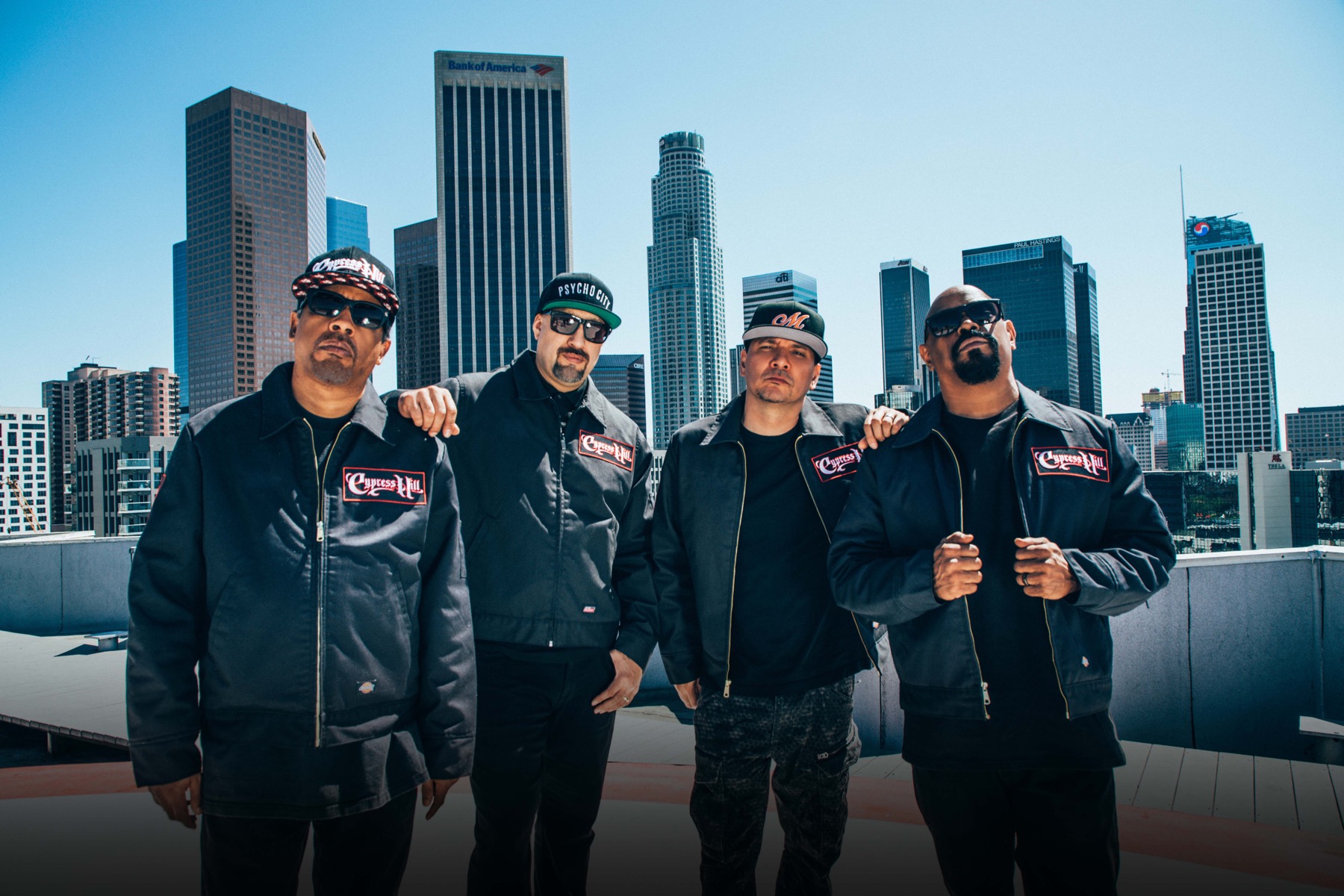 Legendary superstars Cypress Hill surprised fans today with the release of a brand-new song, “Champion Sound.” The track, which was produced/mixed by Black Milk is their first new music since 2018’s Elephants on Acid.

The tune is also featured on the soundtrack of the recently released R.B.I. Baseball 21, the eighth installment of the R.B.I. franchise developed by Major League Baseball.

In December, we caught a glimpse of Cypress Hill in a new Public Enemy video for the tune “Grid.”

From 2016 to 2019, the group’s B-Real was a member of Prophets of Rage, the rap-rock supergroup that also featured Tom Morello and two members of Public Enemy, DJ Lord and rapper Chuck D.

Check out “Champion Sound” below.

On the live tip, Cypress Hill will be celebrating 4/20 this year with the world’s largest smoke sesh and performance streaming live from The Roxy on the Sunset Strip. Presented by NoCap, the band will be doing their greatest hits with some special surprises.

Tickets for the 4/20 event are available here.

Kim Gordon on Sonic Youth Working With Cypress Hill: “I’m Not Sure How Much I Smoked”