The duo played their Grammy-nominated track 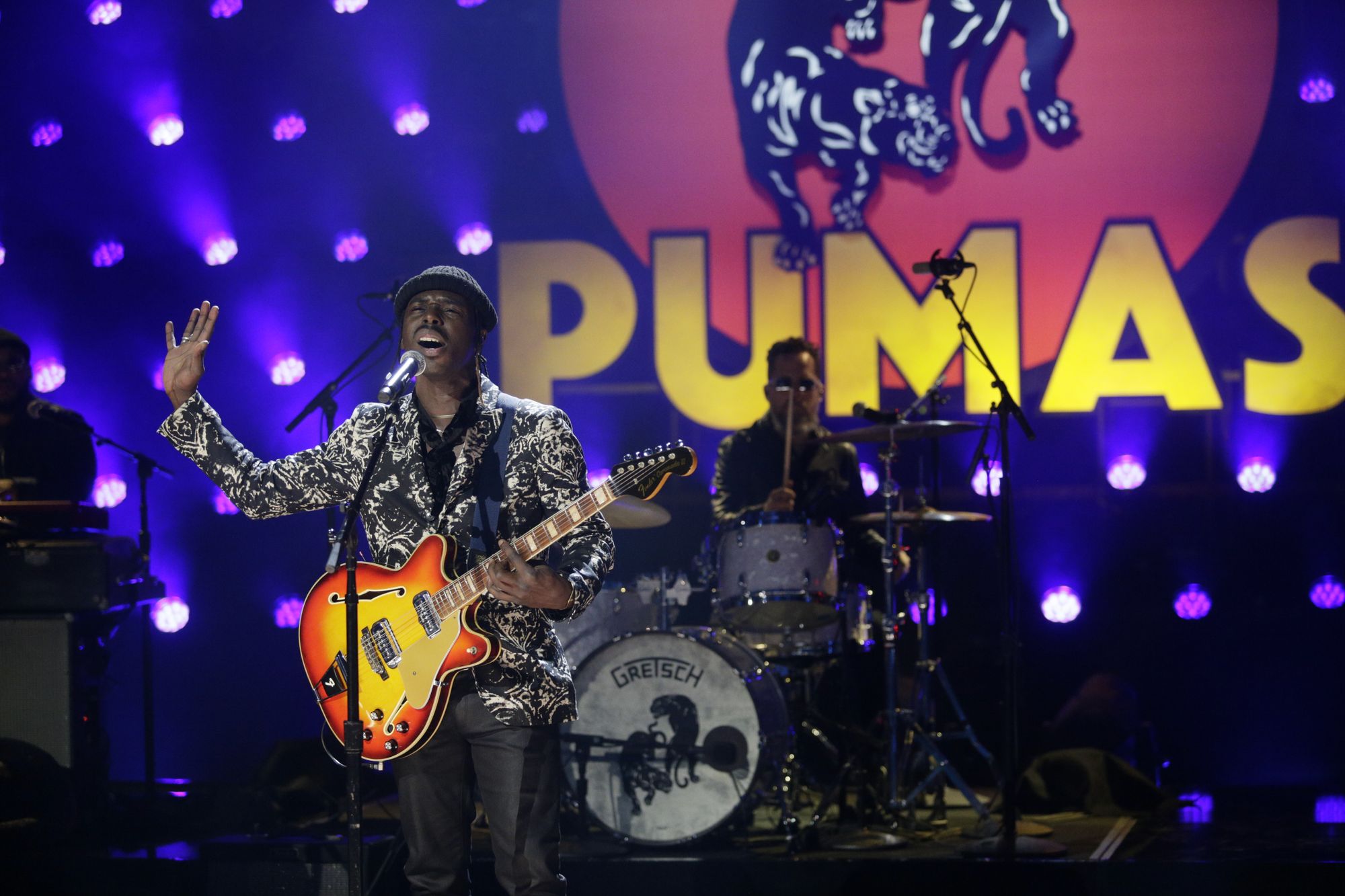 You have to be pretty damn good to have a deluxe album nominated for a Grammy award. Black Pumas proved tonight that they are with a stellar performance of their Grammy-nominated track “Colors” at Sunday’s ceremony.

During the performance, the psychedelic soul duo of Eric Burton and Adrian Quesada lit up the stage with a refreshing take on their single, which propelled them from late 2019 onward. Between some bad-ass guitar wailing and some soulful backing vocals, the high-energy performance lit up the show following Harry Styles, Billie Eilish and HAIM.

Black Pumas were previously nominated for Best New Artist at last year’s ceremony, and have three nods this year: Best Americana Roots Performance, Record of the Year, and Album of the Year. The first award already went to the late John Prine for his last recording, “I Remember Everything.” Time will tell if the deluxe version of their self-titled album will take home the biggest award of the night.

Back in December, Quesada predicted the 2020-21 NBA season with SPIN, stating that the San Antonio Spurs may have a shot. Check that out here, where they’re at in terms of victories tonight in our updated award rundown and view some of their performance below.